I had a strange dream last night in which I was asked to represent the Netherlands in the Eurovision Song Contest. Even though I am not Dutch and have never sung professionally, it seemed a perfectly reasonable request. I wasn't so happy about the fact that I had less than 24 hours to rehearse, but was assured that I would only have to read an autocue and mime to a backing track. I said yes.
'Oh, there is just one other thing we want you to do' they said.

'We want you to blacken-up.'

For the first few minutes after waking up, I was puzzling about the juxtaposition of Eurovision and dressing like a Black and White Minstrel, then I remembered reading a story on BBC News the day before in which Terry Wogan suggested that one of the reasons why Britain came last was because we were represented by black singer Andy Abraham, a finalist from the X Factor. 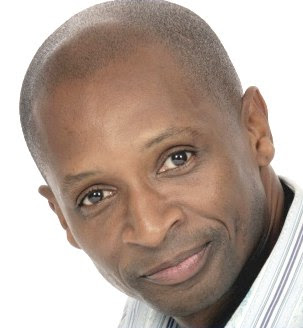 Were Europeans really that racist, or was the song to blame? I watched Andy Abraham's performance on YouTube, followed by the winning Russian entry. The British song wasn't a clear winner by any means, but neither was it the worst song and it should have reached the final half dozen. The winning Russian song was so bland that I'd forgotten it before it had finished. So what happened on the night?

I suspect that the poor result for Andy Abraham was partly due to racism, but also perhaps a reflection of Britain's unpopularity, particularly in eastern Europe. As for Russia's victory, I wouldn't put it past them to have employed some sort of speed-dial technology to bump-up the phone votes. Either that, or people just love Russia.

How depressing that in 2007, the Eurovision Song Contest is more nationalistic than ever. As a boy I remember being allowed to stay up to watch it and whilst we wanted Britain to win, if we thought another country had a better song we rooted for them. It was the song that mattered.

Today we know that Cyprus always gives Greece 12 points, Germany will only get a token 2 from Israel, all the Scandinavian countries will vote for each other and that the Serbs in Bosnia-Herzegovina will give Serbia full marks. It's a farce.

Eurovision used to be one of the television highlights of my year. I'd watch it with friends and we'd laugh at the camp singers and their absurd songs, take bets on the winner and spend the next few weeks singing the Turkish entry. It's sad that this fun, festival of naff songs has turned into a grim, chauvinistic struggle. It's also ironic that as the contest has become more nationalistic, the songs have become blander and more international in flavour.

The joke isn't funny any more.

In the meantime, here is the superb 1980 entry from Belgium by a band called Telex. Their song is an amiable piss-take of the Song for Europe and they paid the price by coming last. Perhaps their electro-pop, postmodern tribute to Eurovion was a little too ahead of its time...

Funny! I seriously thought the French entry was great and the Russian entry was awful. It would be interesting, in a very very sad way, to go back through the voting patterns over the 40 years or so and see what links can be made with changing political and economic fortunes.
Also, maybe (just maybe) people vote for songs that sound familiar to them, so like culture votes for like culture as communicated through music.

The opening paragraph of your post is almost the plot of Kazuo Ishiguro's The Unconsoled.

Yes, the French entry was one of the best.

I'd love to do a study of Eurovision voting - I'm sure it would reveal a lot about the relationships between each country.

The Unconsoled? Yes, you're right. With the exception of becoming black, it's spot on.