A Tale of Two Christmases 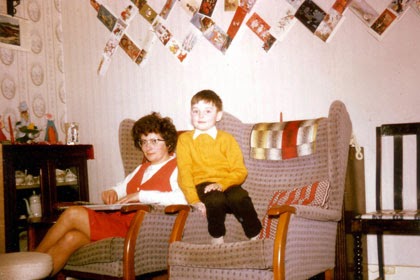 As the only child of two teetotalers, my first Christmases were not riotous affairs. We would get up at seven o'clock, eat a bowl of cereal and wait for the electric fire to warm up the 'lounge'. Like many working class people of that time, my parents had a strange habit of only using their front room on special occasions.

After our perfunctory breakfast, we would change rooms and my father would put his 'Christmas with James Last' LP on the stereo.

The music was pure kitsch, but I still have a soft spot for it:


Every year, my presents would be stacked underneath a formica coffee table with wobbly legs. I could barely contain my excitement. In contrast, my parents treated their presents with the dogged professionalism of someone cataloguing a crime scene: "Soap on a rope from Chris and Lesley".

In spite of being very religious and patriotic, my parents didn't attend a church service or watch the Queen's Christmas Broadcast to the Commonwealth. I've no idea why.

At 11.30, my father would collect his parents from Twickenham, a mile away. It would be an understatement to say that my grandmother was not the most cheery of souls and for the duration of their visit, we felt as if a dark spell had been cast over the day. Christmas 'dinner' - always served at midday - was consumed in semi-silence.

There were no games.

But if my recollections sound rather melancholy, I should add that I always enjoyed Christmas Day. The misery of being with my grandmother was a minor distraction compared to the excitement of having a new train set, or a box of Lego.

In my naivety, I assumed that most families had similar Christmases to mine, following the same routine. However, when I spent my first Christmas away from home, with my wife's family, I had a rude awakening.

My wife's family were the polar opposite of mine in every respect and teetotalers were regarded with the same horror as child molesters and trade unionists. If you wanted to be accepted in their solidly upper middle class world, you had to show that you knew how to drink. 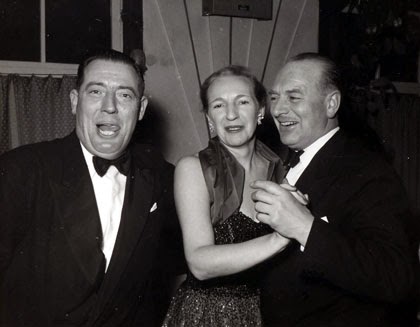 Christmas day began with a champagne breakfast and cold meats at my wife's grandparents' home. I'd never drunk alcohol at breakfast time before and could almost feel my body recoil in horror. How would I get through the rest of the day?

At mid-morning, a succession of visitors arrived, while the grandparents held court in the bar of their sprawling Tudor house. Everyone became increasingly drunk and my memory of the period between 11.00 and 3.00 is almost non-existent, but at some point we must have walked back to my mother-in-law's, as I remember waking up there in the afternoon.

In the evening, we returned to the grandparents' home, where more guests arrived and the drinking resumed. By nine o'clock, the grandfather walked over to a grand piano (which had weeds growing underneath it) and a singalong session began, with a medley of music hall favourites and songs from the 1930s and 40s. A rude version of 'These Foolish Things' was the highlight.

Christmas dinner - a well-hung pheasant - was finally eaten at 11.00pm (apparently it got later every year) in a large hall, warmed by a roaring inglenook fire. More bottles were opened.

After the main course, it was apparently traditional to have indoor fireworks. By this point in the day, everyone was so drunk, they barely noticed when one of the fireworks rose from the table and set fire to the Christmas decorations. I felt as if I had entered a madhouse.

The contrast between the two family Christmases couldn't have been greater: one, a sobre, muted affair; the other, a fun but exhausting bacchanale. Since those days, my wife and I have aimed at having a Christmas that is somewhere between the two extremes.

However, as a homage to our dear departed, there will be five minutes of James Last, accompanied by the carcinogenic smoke of an indoor fireworks display. 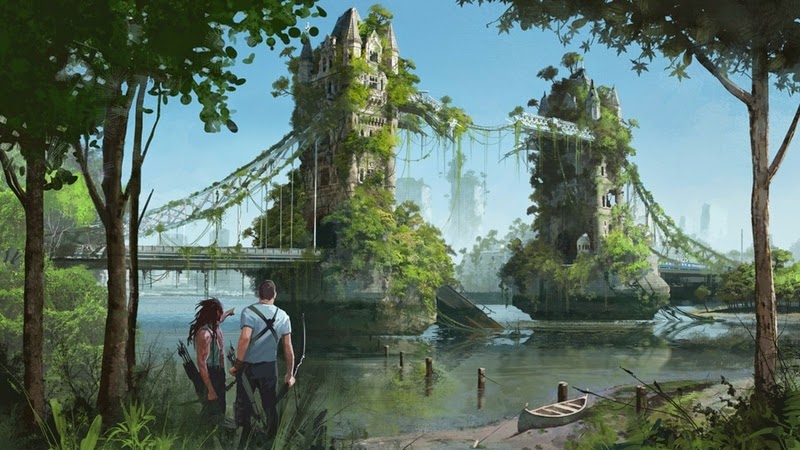 If, like me, you're resistant to SF but enjoy well-written speculative fiction, 2014 has been a vintage year. I've read so many new titles centered around the collapse of Western civilisation, it's been very hard to resist the urge to stock up on tins, dried pasta and firewood, not to mention the illegal weaponry needed to protect your baked beans from any marauding gangs.

Here are some of the novels I've enjoyed most during the last few months, in no particular order:

Written by a Canadian author who now lives in New York, Station Eleven has been universally praised by critics and readers alike. Set 20 years after a devastating pandemic, the novel follows the fortunes of a band of actors and musicians called the Travelling Symphony, as they move around the post-apocalyptic settlements of the Great Lakes. The initial premise didn't immediately grab me, but I was quickly won over by the compelling plot, a clever narrative structure and some hauntingly beautiful prose. I stayed up until a ridiculously late hour because I had to know how the book ended. It was well worth the sleep deprivation.

A novel about a Christian missionary on an alien planet might not be everyone's cup of tea, but this is one of the most humane and poignant novels I've read for a long time. Written in the shadow of Faber's wife's terminal illness, the interstellar distance between the main character and his wife, trapped in a future Britain that is facing societal collapse, feels like a metaphor for the author's own sense of impending loss. In a recent edition of the radio programme Start the Week, Michel Faber stated that he wouldn't be writing any more novels. I hope that it was just the grief speaking.

If Christian missionaries on alien planets is beyond the pale, then this novel probably isn't for you, as the plot is utterly bonkers. However, David Mitchell writes with such brio that it's more than worth going along for the ride. Spanning half a century between the early 1980s and the 2030s, I found the novel's coda surprisingly moving and a very satisfying conclusion to the literary pyrotechnics of the main plot. The Bone Clocks is a confident riposte to anyone who thinks that the novel is dead. You'll either love it or hate it.

The first book in a trilogy (the other two parts haven't been published yet), this is a crime novel set in a London that is being ravaged by a pandemic. Welsh has been highly praised for her earlier novels and although this book reads as if it has been aimed at a more mass-market readership, with an emphasis on plot rather than character, its depiction of a city in crisis is powerful and evocative.

Actually three separate novels - Annihilation, Authority and Acceptance - this was a revelation. VanderMeer is classed as a science fiction writer, but with influences as disparate as Iris Murdoch and Rachel Carson, this is a beautifully-written, astoundingly imaginative series that transcends the limitations of genre fiction. It's dangerous to try and second-guess a novel's influences, but the plot reminded me of the shortlived 2005 television series Invasion, the Body Snatchers films and the recent low budget (but high concept) independent film Monsters. However, the science fiction elements almost feel incidental and the central question is always the same: what is it to be human? Imagine Lost written by Margaret Atwood and you'll have some idea what to expect.

It has been said that it is the conceit of every generation to feel as if it's at the end of the line, whether the threatened annihilation is deistic, nuclear, biological, economic or environmental. However, the number of mainstream writers tackling this theme seems to be growing by the year. Is there something in the air? Have we finally grown out of the Enlightenment belief in perpetual progress?

The answer presumably lies in the combination of a growing awareness of potential threats - global warming, the end of oil, pandemics, economic stagnation and overpopulation - with the increasing willingness of 'serious' writers to flirt with other genres. And after all, the post-apocalyptic scenario is a gift to any writer of fiction.

In the meantime, I will be busy forming the Lewes Militia, just in case. I've already designed the epaulettes for the uniform and started drafting the new laws. Anyone who begins their sentences with "So" will be in trouble.
Posted by Steerforth at 10:15 pm 30 comments