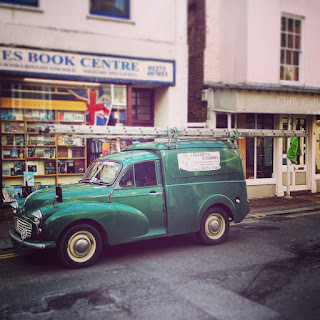 Yesterday evening, my wife arrived home with a new tablecloth.

"I expect you won't like it," she said. "I just wanted something cheery. It reminds me of a French cafe."

I looked at the garish colours and tried to imagine eating over it. "I'm sorry, but it's utterly hideous."

"Well, I think it's lovely." The door opened and my younger son entered the room. "Dad doesn't like this new tablecloth. What do you think?" A loaded question.

My son scrutinised it for a few seconds and I hoped that sanity would prevail. "Oh yes, it's beautiful."

I was outvoted and looked at the vile object, mocking me with its faux illustrations of food labels. Another nail in the coffin.

But during the night, one of our cats was sick on it. They have never vomitted on the table before, so I felt vindicated. Later I noticed that the tablecloth had been folded up and put away.

I felt sorry for my wife (but not sorry enough to take it out again) and resolved to think of something that might cheer her up. We all need treats, however small.

It was my birthday recently and I treated myself to two Jasper Conran shirts and eight novels. If that sounds self-indulgent, I should add that I still had change from a £20 note, as they'd all been bought in charity shops.

I love buying paperbacks in charity shops because the selection is completely unpredicatble. During the last month, I've read an ecclectic range of novels including Dead Man Leading by V.S. Pritchett, London Belongs to Me by Norman Collins and The Plot Against America by Philip Roth. I particularly enjoyed the latter, as it seemed so chillingly apposite in light of the Donald Trump candidacy, showing how quickly democracy can be debased.

There seem to be certain types of people who work in charity shops and I keep seeing their doppelgängers wherever I go:
They are a strange coalition of the retired, the marginalised and the disenfranchised. Uncelebrated and undervalued. When I saw a customer being rude to a charity shop worker, I wanted to remind her that she was talking to a volunteer.

I'm still selling books, in between domestic duties and childcare. I have around 7,000 books on sale, which generates a few dozen orders a week. Sadly, the gap between the overheads - postage and rent - and the total sales is narrowing, leaving me with a dilemma. Should I keep going in the hope that I can find a new supplier, or give up the ghost once the profits reach double figures?

Like Mr Micawber (surely one of the most annoying characters in literature) I'm sure that something will turn up.

In the meantime, here are a few photos from the last few weeks: 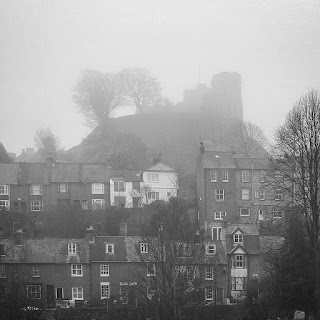 Lewes had a few misty mornings (as did most places, I believe). Somehow, black and white seemed right for this picture. 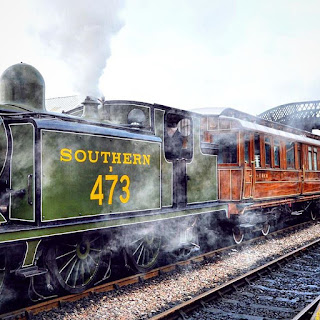 I took my sons to the Bluebell Railway the other day. In a masterstroke of frugality, I discovered that platform tickets were only £3 for adults and £1.50 for children, as opposed to £45.40 for a ride on a train. My younger son said he'd happily forgo the ride for a lolly. My older son said that steam trains were 'gay'. 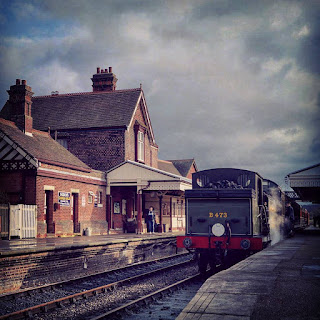 While I was admiring the ingenuity of the Victorian engineering, my wife turned to me and said "I hope you're not turning into one of those odd men." 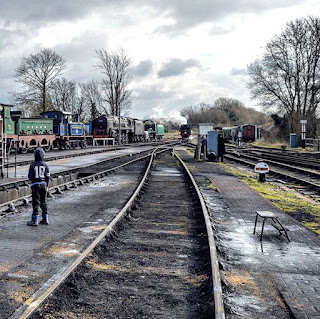 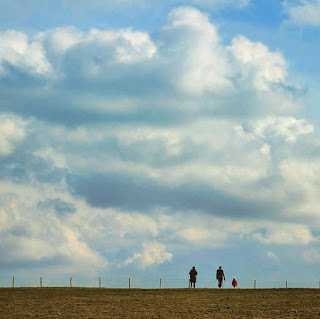 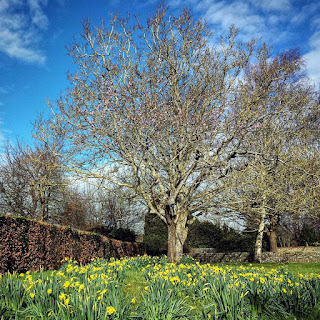 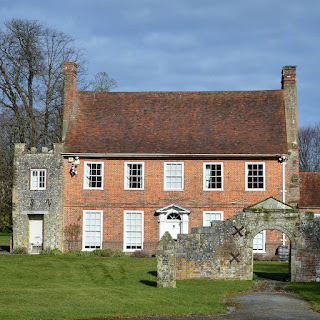 I must stop now and feed the cats. I've bought them two tins of Lily's Kitchen as a reward for bad behaviour.
Posted by Steerforth at 1:22 pm 27 comments