It has been an uneventful week. My mother was completely nonplussed by David Bowie's death, complaining that her Daily Mail had too many articles about him:

I mentioned The Laughing Gnome, which my mother remembered from Junior Choice, but the rest of Bowie's oeuvre has passed her by. In fairness, she was in her early 40s when David Bowie began to make a name for himself. What little interest in popular music my mother had, ended with Nina and Frederik. 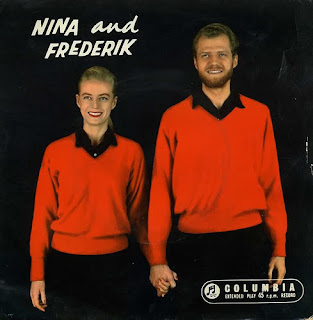 (After retiring at the peak of his career, Frederik went on to briefly own Burke's peerage, before moving to the Philippines, where his yacht was used to transport cannabis. He died from gunshot wounds in 1994).

I may laugh at my mother's ignorance of popular culture, but the truth is that my parents were far more au fait with the charts than I am, as the day would always begin with Radio Two (I have a distinct memory of my father shaving over the kitchen sink, listening to Tony Orlando and Dawn singing Knock Three Times).

I can't remember the last time I knew what Number One was.

A few days later, Alan Rickman died. My mother had never heard of him, while another person thought he was the pop musician who appeared on Grumpy Old Men.

After a rather odd Christmas, life has returned to normal. My days are shaped around taking and collecting my sons to their respective schools and while the driving can be a little tedious, at least it takes me through some beautiful countryside. I enjoy seeing how much the same landscape can change according to the weather and time of day.

To make the journey pass more quickly, my younger son and I have started listening to audio plays. We tried a very enjoyable 1950s NBC radio series called X Minus One (thank you to Val for the link) and are now working our way through the BBC adaptation of The Lord of the Rings. I'd forgotten how annoying Gimli the Dwarf was, always droning on about his dull ancestors.

In between driving, posting book orders and being a housewife, I occasionally stop to take a snap of anything that catches my eye. Here are some things from the last few weeks: 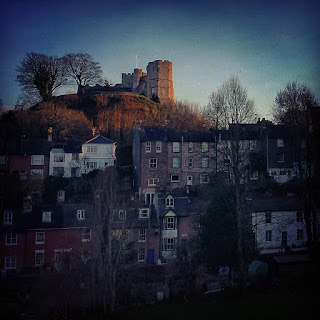 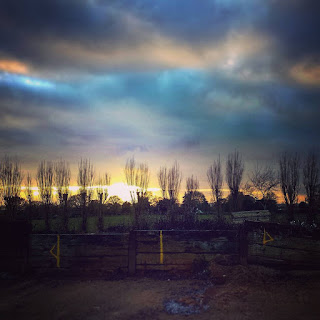 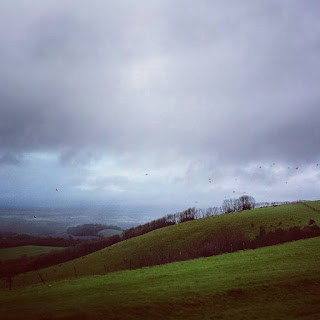 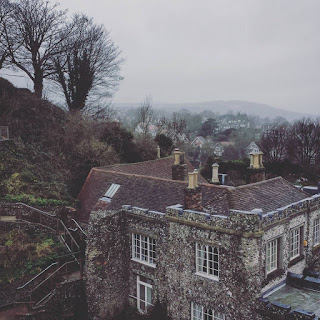 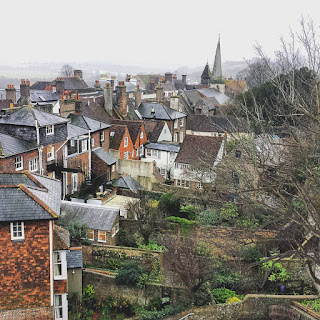 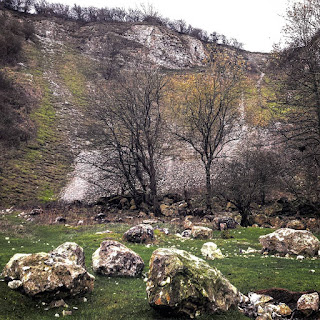 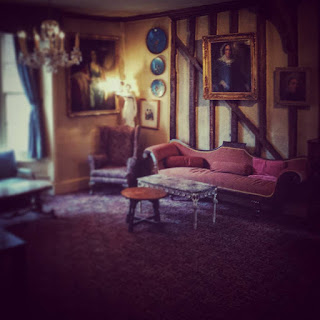 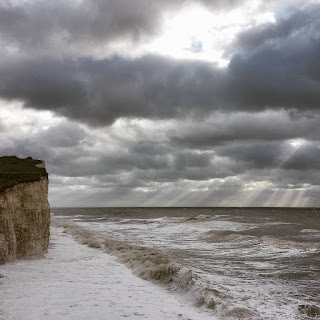 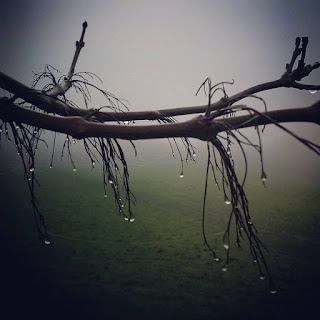 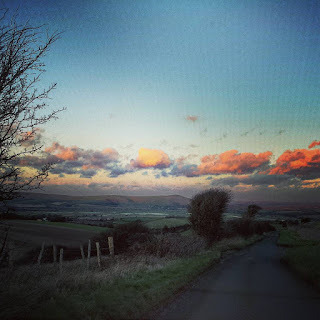 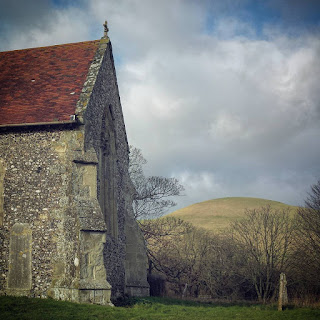 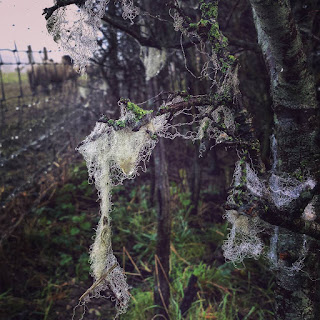 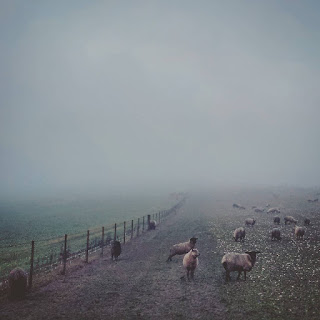 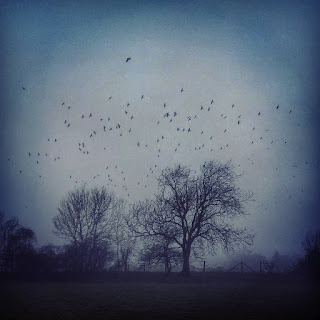 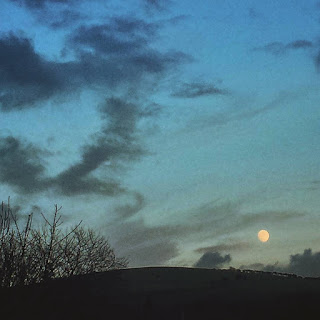 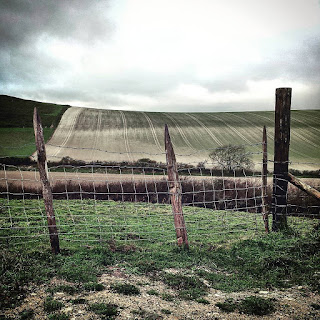 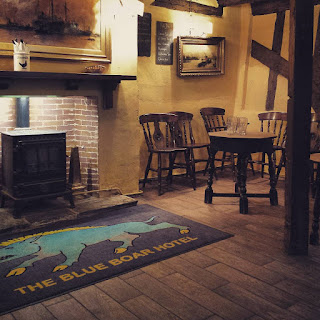 I will soon have more photos of Lewes than Google Earth.
Posted by Steerforth at 9:24 pm 25 comments

This evening, my wife returned from her new publishing job and gave me a brief overview of the highlights of her working day. I half listened, until she mentioned that 200 envelopes had been returned to her workplace by the Post Office:

"They contained catalogues that we'd posted to bookshops. They were sent back because none of those shops exist any more."

I'd become used to the slow process of attrition that has seen the number of British bookshops halve in seven years, but the image of the 200 returned catalogues really hit home. I wondered what the booksellers who'd worked in those shops were doing now.

For their sake, I hope that none of them ended up in the bookshop I visited today: a sorry affair that has crossed the line from eccentricity to neglect, with piles of unsorted stock, shelves that appear on the verge of collapse and an all-pervading smell of body odour and stale tobacco. 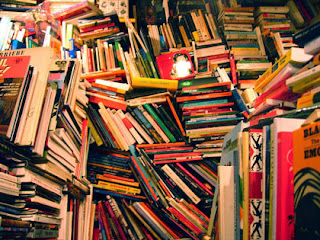 In one section, an elderly man with a respiratory problem rummaged through a pile of Pan paperbacks, pausing only to glare at me and mark his territory with extended elbows. In another, a sparrow-faced woman in her 60s looked nervously at me, as if I was about to perform an indecent act. I tried moving to a different floor, but heard a man chanting "Mmm...umm...hmph...mee..." and made a swift exit.

This was bookishness in the worst sense of the word: dysfunctional, misanthropic and obsessive. I wondered what the staff thought of their clientele, before I realised that some of the customers were the booksellers. But experience has taught me that when I find myself repulsed by something, it is often a smokescreen for something I see in myself. Perhaps I still might become the wheezy old man who smells of stale cake and uses his elbows to deter others.

It seems perverse that this bookshop has survived while far better ones have gone to the wall, but I suspect that its overheads are fairly low and that the building is owned rather than leased. The stock itself is reasonably good and it seems a pity that so much of it is inaccessible. I saw a lot of dead stock obscuring the more sellable titles.

I can feel a quest coming on. If anyone can recommend a decent secondhand bookshop in the south of England (or beyond, as I want to travel around the UK this year), with a good selection of paperback novels, I'd really appreciate it.
Posted by Steerforth at 10:33 pm 19 comments