Journal of a Plague Year

2020 was going to be a good year. Holidays were booked and my older son, whose crippling anxiety had made him virtually housebound, was about to begin a programme of treatment that would gradually help him overcome his fear of the outside world. There seemed to be a lot to look forward to.

Of course, there were various reports in the news about a deadly new virus in China, but hadn't we heard it all before when we were warned about mad cow disease, bird flu and Ebola? These things always fizzled out. Even when the Italians were warning us that we were two weeks away from a crisis, people said "Ah, but that's the Italians. They're very tactile. It won't spread as quickly over here."

As the number of UK cases began to rise, I was still busily planning a weekend break in Luxembourg, while Boris Johnson was busy enjoying a two-week holiday with his girlfriend. Crisis? What crisis?

In hindsight, perhaps we were dutifully following Elizabeth Kübler-Ross's model for the five stages of grief, the first of which is denial. We told ourselves that the number of people with Covid-19 was only 12...37...93...168...279..., but by early March, creeping doubts were beginning to set in. Perhaps we were heading for a scenario that was more like this:

Within just a few weeks, denial quickly became replaced by anger and fear. How did we sleepwalk into this position? Who was to blame? Should we let the virus sweep through society until herd immunity was achieved, or should we batten down the hatches and risk destroying the economy?

After some Olympic-level dithering by Boris Johnson, the hatches were battened down. All non-essential travel was banned and a silence seemed to descend on the world. The normally thriving streets of Lewes became eerily deserted. 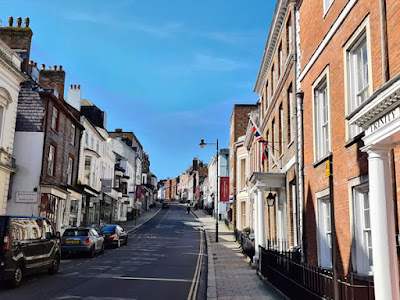 My son's CBT sessions for his agoraphobia were cancelled. After two weeks of being reassured that the outside world was a safe place, he was now being told that actually it wasn't and that it would probably be better if he stayed indoors. He willingly complied.

It was the best of times, it was the worst of times. The first lockdown coincided with some unseasonably warm weather and many people enjoyed this unexpected holiday. The distant roar of traffic was suddenly replaced by birdsong and, in the field behind our house, children started to build makeshift dens and swings. It seemed like a glimpse of a more benign world. 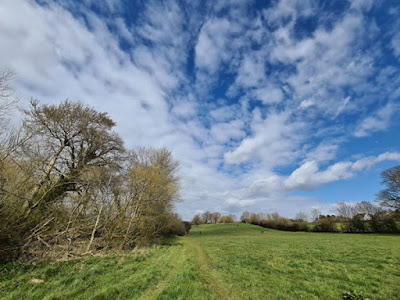 However, things were starting to turn ugly at the supermarkets, as a mass hysteria developed over a potential shortage of toilet paper. In some city-centre stores, fights were breaking out over the right to have a clean bottom and, while I saluted the protagonists' commitment to personal hygiene, it seemed a baffling thing to come to blows over.

The toilet-paper crisis was swiftly alleviated by the beginning of food shortages, which meant that fewer trips to the loo would be required. Gripped by a fear that society was on the brink of collapse, people started buying up all the dried pasta and rice they could find. On a trip to Tesco, the whole meat aisle was empty, apart from two packets of Heck pork sausages.

We were quickly reassured that there was no shortage of food; we were just trying to all buy it at the same time, which made it very hard for the supermarkets to replenish their shelves quickly enough. At this point, Tesco swiftly instigated their National Emergency Plan: 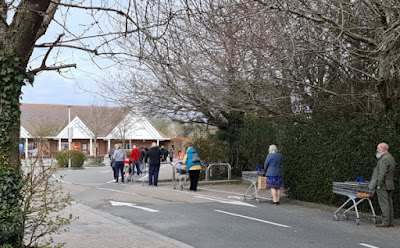 Unlike the UK government, Tesco had prepared for this eventuality and, thanks to socially distanced queuing and a limit on the number of customers allowed in the store, the food shortages swiftly ended. I sometimes wonder if the Government should have resigned and handed over the reins of power to Tesco, who seemed to possess a sense of direction that Boris Johnson lacked.

On the home front, I instigated what was, in hindsight, an absurd "dig for victory" campaign in our garden, turning part of the lawn into a potato patch and planting grow bags full of tomatoes. The end result is that, several months later, we had more cherry tomatoes than we knew what to do with and enough potatoes to delay death from starvation by a mere three days.

But while my attempts at self-sufficiency might have been laughable, the local area came into its own. Many local farmers and market traders set up veg-box delivery services and every week we enjoyed a selection of fresh vegetables and fruit, all of which were apparently grown locally. It was a revelation; I had no idea that we grew avocados in Sussex. 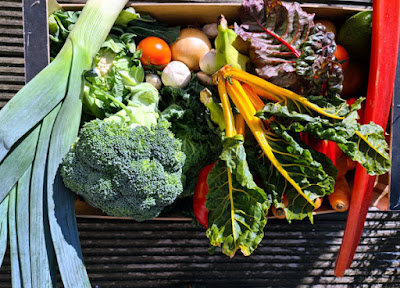 Our veg-box deliveries quickly became the highlight of the week; partly because we hadn't spoken to another human being for days (I don't count the awfulness of a Zoom session as human contact).

Another thing that impressed me about the local area was the community spirit that quickly grew. A campaign by the Royal Voluntary Service to recruit people to help the NHS received around a million responses, while, on a more local level, neighbours began to shop for each other and provide lifts for medical appointments.

Encouraged by this growing neighbourliness, my wife and I volunteered to do a weekly shop for the elderly couple next door. They were both as deaf as a post, so it seemed like a good idea when the husband suggested sending their shopping lists to my wife by email.

It all worked very well at first. Every week, my wife would received a shopping list that seemed particularly focused on prunes and bran (but never loo paper, strangely), which we would then print off and take to Tesco. But then, other emails started to appear and their tone began to acquire a more disturbing nature.

At first, it was simple innuendoes, which we put down to the attitudes of a different generation. But then the content started to become more explicit. I'm not quite sure why a man born in 1935 felt compelled to share his sexual history with my wife. He seemed to imagine that he and my wife had a special connection and would send creepy emails with lines like, "I noticed that you were up very late last night". As the saying goes, there's no fool like an old fool.

Thankfully, the rest of the people in our road were better behaved. Nobody subjected us to any impromptu live gigs or salsa-dancing sessions and the slightly Orwellian hand-clapping sessions never quite took off. There was a vague attempt to have a VE Day street party, but I felt under no compulsion to join in.

Life went on. At first, many of us were so terrified of ending up on a ventilator, we regarded a panting jogger or cyclist with the same horror as someone wearing a suicide vest, while a random cough in a supermarket saw people fleeing in all directions. Fortunately, the fear gradually subsided and as the death rate began to fall, some restrictions were lifted.

The 'new normal' was like the old normal, but with masks, handwashing and a Cromwellian ban on public fun. I welcomed the introduction of table service in pubs and the ban on social kissing and hugging was an added bonus, but overall it was a strange, melancholy time.

To complicate things further, my older son had his first epileptic fit and had to be rushed to hospital. He had been found by his younger brother and, for weeks afterwards, every strange knock or bang would send our younger son rushing upstairs to see if everything was all right.

The one highlight of that lost summer was a trip to North Yorkshire, where an old friend gave me a guided tour of the local moors. It was exhilarating to be somewhere different. Indeed, I felt the same level of excitement that I usually reserved for exotic, foreign holidays. 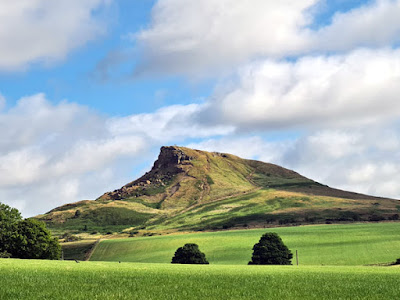 But on the way back, reality crept back in. Kings Lynn was a ghost town and I spent a rather lonely evening eating a very indifferent meal, alfresco, in a deserted market square. Where had all the people gone? On the other hand, perhaps this was normal for a town next to the Fens. Did they all come out at night?

I had thought that a visit to the quaint coastal village of Blakeney might provide some semblance of normality, but even here, it was impossible to escape from the bogeyman. Wandering around the deserted streets, I felt as if I was in an episode of Doctor Who. 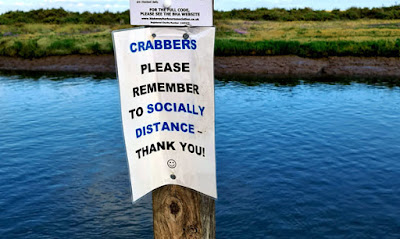 But the worst was yet to come. Having a lockdown in the spring was one thing, but shutting the country down for three months during a relentlessly grey, wet winter was another. People who had never suffered from mental-health problems now found themselves experiencing depression for the first time in their lives. I stayed at home, watched television and put on a stone, courtesy of Mr Kipling.

Fortunately, there was light at the end of the tunnel and, after a succession of balls-ups, the British government finally got something right with its vaccine programme. My son's epilepsy diagnosis pushed him to the front of the queue and he received his first Pfizer jab. 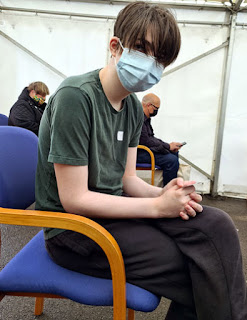 As his carer, I was also bumped up the queue and a few weeks later, I received my first AstraZeneca vaccine. On both occasions, I was really impressed by the efficiency of the whole process and the dedication and patience shown by the staff, particularly the volunteer vaccine stewards. Indeed, I felt so grateful, I ended up becoming a vaccine steward myself. 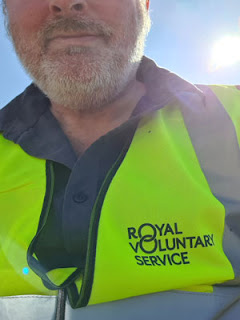 Being a vaccine steward was exhausting. In Brighton, I was on my feet for six hours, with just one 15-minute break. The work was monotonous but vital, as it meant that the NHS staff were able to get on with their jobs rather than wasting time directing people. According to my phone, in an area that was a mere 25ft long, I walked over 8000 steps.

After the miserable winter lockdown ended, I took a train to London and discovered that it was still closed. 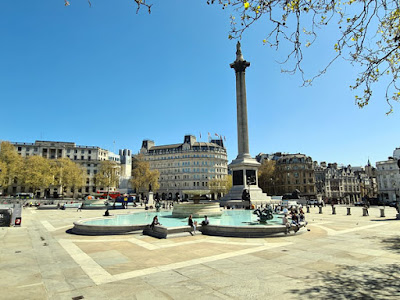 I suppose the empty train and PPE vending machine at Lewes Station should have given me a clue. But the idea of a deserted city seemed the stuff of science-fiction films, where the silence was only broken by marauding triffids or gangs of looters. In Trafalgar Square, three police vans were parked on the perimeter and I realised that I was under observation, which was a little disconcerting.

Since then, life has gradually returned to normal. Relaxing the rules resulted in a spike of new Covid cases, but that now seems to be in reverse and the number of people wearing masks in crowded places is slowly declining. Friends have started kissing again, so we're now back to the nightmare of trying to remember if so-and-so is a one- or two-cheek-kissing person.

Overall, I wouldn't say that Covid-19 has had a huge impact on my life. The people who have suffered have been the young, those who haven't been able to see loved ones and, of course, those who caught the virus. I was already leading a life of self-isolation looking after my sons, so the lockdown didn't change things much for me.

However, I did learn one important lesson: make hay while the sun shines. Spend more time with friends and loved ones, visit the places you've always wanted to see and don't spend all your days at home eating Mr Kipling's Almond Slices. I hope that there won't be another long year like this in my lifetime, but this is, after all, an age of uncertainty.