I recently wrote about once-popular authors whose sales have declined during the last 20 years (the most conspicuous example being Fay Weldon) and compiled a list of some of the most obvious names, but there was one glaring omission: Bernard Malamud. I remember a time when he was mentioned in the same breath as Roth, Bellow and Updike, but today most of his novels are out of print.

In today's Guardian, Jonathan Raban recommends Malamud's third novel, A New Life, which is a semi-autobiographical story about New York high school teacher Sy Levin's doomed quest for redemption, exchanging his alcohol-fuelled, problem-ridden life in New York for the promise of a fresh start at a university in Oregon. It's a familiar theme, but Malamud's account is as heartbreakingly perceptive as Richard Yates at his best and it wouldn't be an exaggeration to call the book a masterpiece.

However, as Raban points out, A New Life is out of print, which is scandalous. I believe that Random House currently have the rights to this novel, so let's hope that they remedy this state of affairs. In the meantime, secondhand copies are available from the usual places. 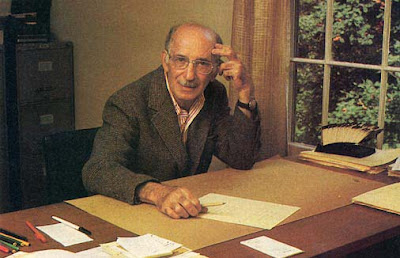 Posted by Steerforth at 9:25 am

Can't believe I've never heard of this author before, not even ringing the tiniest of bells in the distance. But then I hadn't come across Richard Yates until your Gem promotion.

Ah, those were the days (sighs nostalgically). I loved doing that promo - I'm not sure how good the sales were, but it summed up everything that was good about Ottakar's.

Yes, Vintage Classics reissued some Malamuds a few years ago but they've slipped back out of print. I picked up A New Life and his earlier novel The Assistant a while ago in US Farrar Straus Giroux editions, easily available here online.

'A New Life' is a great book: perceptive and clever and gently sad.