Art in a Cold Climate 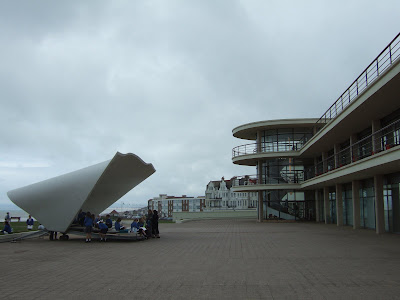 In the last series of Doctor Who, there was a story about aliens pulling a London hospital off the ground and dropping it down on the moon. It seemed an utterly absurd idea until today, when I visited the De La Warr Pavillion in Bexhill.

Bexhill is the sort of coastal retirement town that makes even sleepy Eastbourne look like a hedonistic, drug-fuelled, non-stop party by comparison. The most dangerous thing you'll encounter in Bexhill is a rogue electric wheelchair exceeding 5mph. If it wasn't for places like Bexhill, the Daily Express would have gone under years ago.

However, right on the seafront there is a stunning Art Deco arts centre that looks as if it's been transported from a fashionable suburb of London.

The De La Warr Pavillion was the first public building in the Modernist style and was commissioned in 1935 with the express purpose of providing the local people with access to art and entertainment. After an £8,000,000 refurbishment, the gallery was reopened in 2005 and it is now a hotspot on the chattering classes' map of Britain. 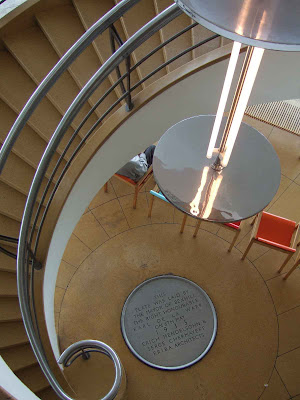 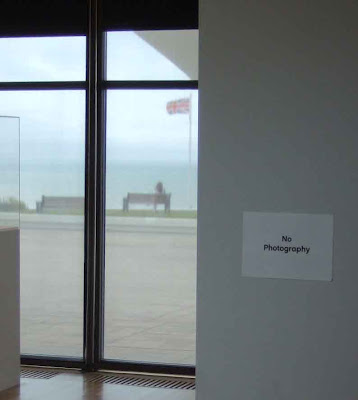 Rock'n'Roll! It says No Photography, but I don't play by the rules (although I made sure I'd turned the flash button off first) 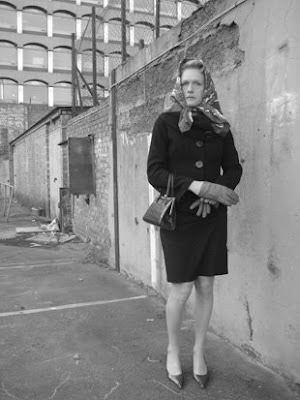 I visited the De La Warr Pavillion earlier today, to see an exhibition called Unpopular Culture, curated by Grayson Perry. I have an affinity with Perry (cross-dressing excepted) as we both have similar backgrounds. In the photo above, he looks identical to my mum when she was younger. What was it with working class women and headscarves? Was it just to protect the perm?

Unpopular Culture, according to Perry...

...stems from a notion that unlike today, in Britain during this period, stories about art did not feature daily in the broadsheets or contemporary artists crop up frequently in gossip columns. A time perhaps when modern art was an even more rarefied activity, practiced and appreciated by other-worldly bohemians and intellectuals. The title also refers to a feeling that many artists then made art that could be characterised as subtle, sensitive, lyrical and quiet in contrast to today when much art can seem like shouty advertisments for concepts or personalities. As a group for me these works conjure a nostalgic picture of a post-war, pre-Thatcherite Britain, more reflective, more civic and more humane.

Unpopular Culture was a superb exhibition and as much as I dislike crowds, it was heartening to see that the gallery was packed. I doubt that there were many residents of Bexhill amongst the visitors, but I could be wrong. 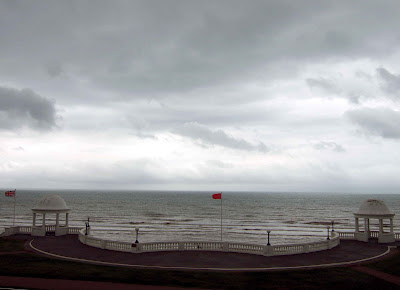 I liked the De La Warr Pavillion, but it did seem very incongruous in the hospice-like setting of Bexhill. Will it regenerate the local economy and attract arty types? I'm not convinced, but even if it just lures patrician day-trippers, the local area will benefit.
Posted by Steerforth at 6:48 pm

I do hope that exhibition tours.

Seeing a Grayson Perry ceramic for the first time was shockingly exciting. It's just a vase, but it instantly hooked me.

It's going to Preston next.