My wife likes specific answers to her questions. I prefer to be as vague as possible because as soon as I tell her what I'm doing, how long it will take and how much money I'm likely to spend, I am making a rod for my own back. In the television series The Prisoner, the Village has signs which read: Questions are a burden to others and answers a prison for oneself.

I agree (although within the context of The Prisoner, it wasn't completely unreasonable to ask why one had been abducted). 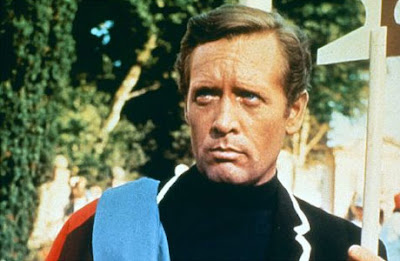 Today I got away with being vague, telling my wife that I was popping into town when all along I intended to jump on a train and go to Eastbourne for a return visit to Camilla's Bookshop. I almost felt like Patrick McGoohan in The Prisoner and imagined my wife in a large control room, monitoring my doomed escape attempt. However, after a 20-minute train ride I was safely in Eastbourne.

At Camilla's I went straight down into the basement. I thought I was alone, but after a while I began to hear furtive snuffling noises, like a wild boar hunting for truffles. I tiptoed around each section and in a dim corner, found a man who looked as if he'd entered the shop in 1972 and had never left. He seemed unaware of my presence, so I returned to the Pelicans.

The orange Penguins didn't seem as alluring this time. I found several novels by authors I'd never heard of and a cursory glance at the first page usually confirmed why they were now out of print. However there was one Spanish novel that looked quite interesting, so I started reading the first chapter.

Almost immediately a middle-aged couple came down the stairs, talking to each other at a volume that suggested that they were on opposite sides of a busy road. I tried to return to my book, but they stopped right next to me and carried on talking.

'Shirley you don't want to read that book!' the man joked. She roared with laughter at his abysmal pun.

There is a certain type of couple where one person labours under the misapprehension that they're witty and amusing because their partner, for some unfathomable reason, actually finds their banal humour hilarious. There is a technical term for couples like this. I think it's fuckwits, but correct me if I'm wrong.

I turned round to see who I was listening to and was appalled to find an overweight man who was wearing nothing but a pair of short trousers. I know the days of smelling salts and whalebone corsets are over, but it still can't be right to walk around like this. It's a bookshop, for God's sake!

It's not even as if he had a good physique - this photo below is actually quite flattering for the fat, pot-bellied, man-boobed lump of walking banality that he was. Yuk! 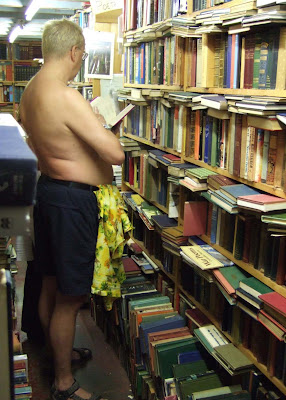 The arrival of this appalling couple heralded the end of my visit. Luckily I'd managed to photograph several book jackets and I hope that connoisseurs like Caustic Cover Critic will enjoy seeing them: 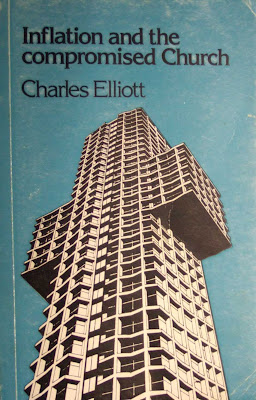 Inflation and the Compromised Church? I can't imagine that many copies were sold, but the jacket is very striking, as is this superb cover for R.D.Laing's sequel to The Divided Self: 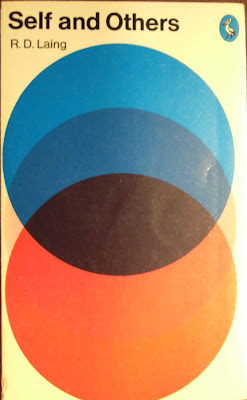 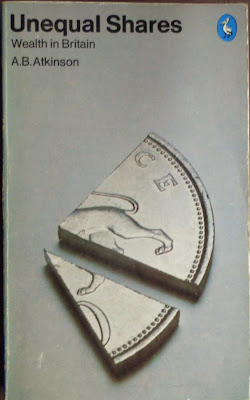 Unequal Shares is a classic Pelican cover: a simple, effective image that aptly sums-up the book. 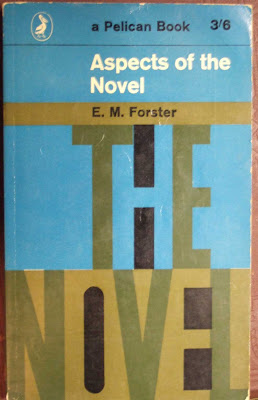 As for Aspects of the Novel, I think it's a masterpiece. I'd definitely hang it on my wall. 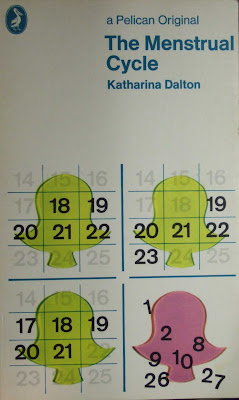 Can you guess whether the jacket above was designed by a woman or a man? No prizes I'm afraid. 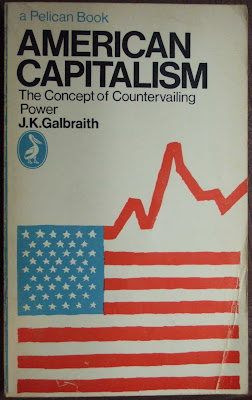 With the Galbraith jacket, the visual pun manages to convey so much with such a simple image. 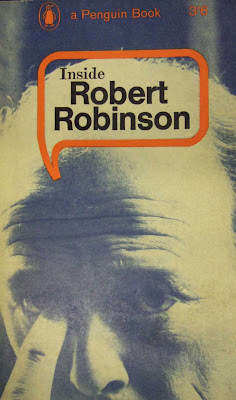 Finally, Inside Robert Robinson - not a place that everyone would wish to visit.
Posted by Steerforth at 4:44 pm

Those covers are great, especially 'Inflation and the Compromised Church'.

That Robert Robinson one is bizarre: he appears to be about to dig out his right eye and flick it at the photographer.

Have you looked at '700 Penguins'? It's got some great Pelican (and other) covers.

Yes, I've got a copy. It's a fantastic book.

Urgh. That photo of the sweaty heffalump handling delicate books makes me think of the Simpsons episode where Homer goes to Clown College and, while riding a tiny bicycle, his trousers get caught in the gears so they gradually expose his arse to the seat. Krusty turns to one side and whispers to an assistant: "Burn that saddle."

Also reminded, in the asininely laughing couple, of the middle-aged couple in Victoria Wood's "Val de Ree (Ha Ha Ha Ha Ha)" who go trekking and call each other "Mum" and "Dad." ("Oh, he's dry, is Dad. Dry like a fine wine.") Or perhaps the two twenty-something blokes who use my gym, one of whom talks INCREDIBLY LOUDLY so I get to hear all about his weekend exploits with some nubile lovely. He keeps saying to his co-gymrat, "I'll have to meet this girl of yours, Dave," probably completely oblivious to why Dave hasn't introduced them.