I recently discovered a website called The Death Clock. It's based on a horrible but tantalising premise: if you enter your date of birth, height, weight and personal vices, the clock will tell you when you're going to die. I dutifully entered my details, expecting some date after 2040 and clicked the calculate button.

According to the Death Clock, I will die in eight years time!

What's going on? I'm not due to retire for another 22 years, gave up smoking when I was 27 and although I eat and drink more than I should, I'm in pretty good shape. However, it's all in vain because I'm doomed. It's not fair. George Melly and John Mortimer are still tarting their way around London's literary demi monde despite their appalling physical state, so why has the Death Clock decided to cull someone who was born four decades later?

How should I spend my last eight years? Should I maintain a quiet dignity, working until the last minute, or should I become self-indulgent and totally debauched, raging against the dying of the light?

My personal preference is the Jack Hawkins approach: a slight twitch of the upper lip and the understated confession that 'It's a bit of a bad show' followed by complete stoicism. No hysteria please - that's for Johnny Foreigner. If I could replace today's male role models - gangsta rappers, David Beckham, Justin Timberlake and Pete Doherty - with Jack Hawkins, we'd all be better off. 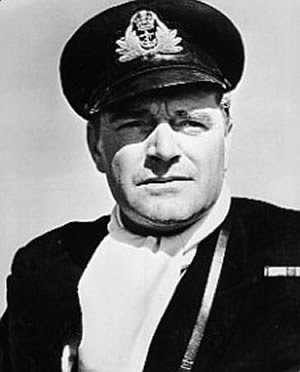 Luckily, for me at least, it appears that the Death Clock is fallible. I have discovered a Canadian website run by doctors which has a slightly more sophisticated approach to weighing one's mortality. I have gained another 40 years which still isn't enough, but apparently if I drink less and exercise more, I get bonus points.

But perhaps the Death Clock's criteria are more sophisticated than personal health. Supposing it has also entered Anglo-American foreign policy, global warming and religious fundamentalism into the equation? I missed last week's Piccadilly bomb by a few hours.

I don't really believe that I only have eight years to live and I think that the Death Clock is just a piece of random internet fun. However it has made me think twice about certain aspects of my lifestyle. View it at your peril.
Posted by Steerforth at 7:02 pm

Thanks for the link. I have twenty three years left - still not as much as I had hoped for. Perhaps if I had put my mode as "normal" instead of "pessimistic" I could have added a few decades.

I've re-entered my vital statistics, but this time I've said I'm a woman. I'm now going to live for another 40 years!

LOL! Behawe those sex changes! I heard menopause can be quite tricky!

I did the thing myself and it said I'd die in May, 1955! What's going on here?! I'm like twenty kilos overweight and I'm a smoker and they give me more 48 years of the good life?!

If John Mortimer pops it in the next few days you're in big trouble...

Bizarrely, George Melly died within 48 hours of this post!

All of the rest of you lot cheer up. At least you haven't been dead for over three years.
http://twitpic.com/s6cc4