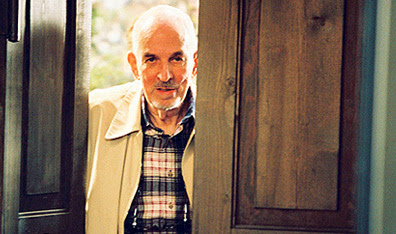 It is a quarter of a century since Bergman released his last proper film, Fanny and Alexander, so his death at the age of 89 won't have deprived us of any new works. However, I just liked the fact that he was still alive, brooding on a remote Swedish island. He was a genius.

I vividly remember watching Wild Strawberries for the first time. I was at university and didn't have anything to do between the bar closing at 11.00pm and going to sleep at around 3.00am, so I ended up watching an old black and white film I'd never heard of. Perhaps I wouldn't have bothered, but the film was introduced by a film critic was baldly stated that the film was a masterpiece.

I recently wrote that I only owned a few DVDs and hadn't watched any more than twice, but I have seen this film at least five times and love it more each time I see it.
Posted by Steerforth at 4:58 pm