The kids are alright

Yesterday, on my way to the train station, I was nearly knocked over by a group of schoolboys who were whizzing through the town on an assortment of bicycles and scooters. I expected them to slow down when they reached the dangerously vertiginous Keere Street but like George III, they raced each other to the bottom. I envied them and regretted the fact that I was now supposed to be a sensible person. 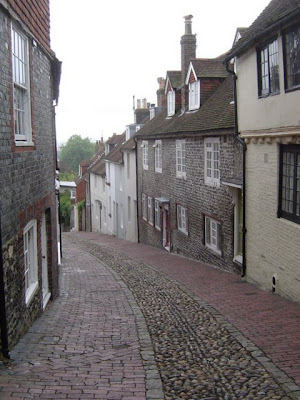 As the boys reached the bottom of the hill I saw an old lady glaring disapprovingly at them and thought about how many older people hate and fear the young. Is it jealousy because the young have their whole lives ahead of them, or do the old simply forget what it's like to be young?

I found a wonderful quote the other day: 'Children no longer respect their elders and everyone seems to be writing a book.' It was a perfect summary of today's curmudgeonly viewpoint, but looking at the next line I noticed that the quotation came from Cicero in AD43!

I am still young enough to remember how badly some older people treated me. When I started in bookselling I was patronised, shouted at and treated as if I was a lesser species. People in their sixties would chastise me because I hadn't heard of an obscure out of print author who was briefly big in the 50s. One woman called a colleague of mine a 'silly bitch', another shouted at my wife because we didn't have Flecker's Hassan. 'You know nothing you silly girl!' My wife politely replied that she had a degree. 'In what? came the scornful reply, 'Shoelaces?'

Teenagers are a popular target in the media. We condemn their behaviour as if it has appeared out of the blue, but the reason why things are so screwed-up is more down to the self-centred behaviour of the baby-boomer Me generation.
Posted by Steerforth at 6:51 pm