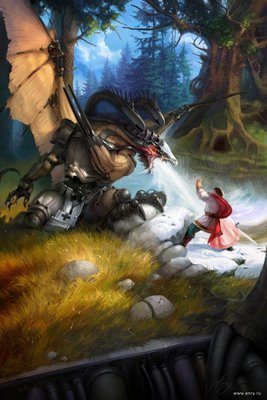 I have to admit from the word go that I don't know what I'm talking about (althought that's never stopped me in the past). I have never read a Fantasy novel, unless you include The Hobbit. I once listened to a BBC radio dramatisation of Lord of the Rings that was so good I felt that it absolved me from having to read the book. But apart from that, nothing.

I have vaguely tried, on a couple of occasions, to see what it was about these novels that inspired so much passion in their readers. However several things put me off, not least the people who buy them. Fantasy fans have always been the bain of my life as a bookseller as they have an uncanny ability to appear at the most inconvenient time of the day with an enquiry about when the next book in the Wheel of Time/Shannara/Otherworld/Pern/Mallorean series was coming out. This was always annoying, but today it's unforgiveable. I know these people spend at least four hours a day on the internet and have access to dozens of author websites and online fanzines, so why are they still coming in at 5.27 pm and asking for a list of all the books featuring orcs?

I've been trying to discover the secret of the Fantasy genre, but I've failed. All I can deduce is the following: 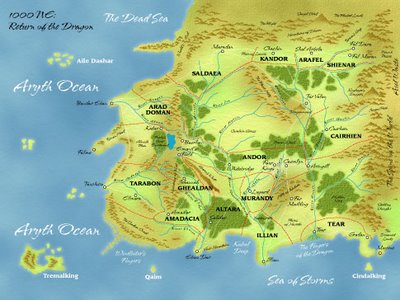 I read a very interesting article (which I've sadly lost) which deconstructed Fantasy fiction and its appeal to a largely male readership. The gist of it was that it tapped into a cultural subconsciousness about the myth of Lyoness/Atlantis (hence the prevelence of a western sea in the maps) and appealed to men who felt psychologically castrated by the post-industrial consumer society.

Shall I mention this to the next person who buys a David Eddings novel?
Posted by Steerforth at 8:39 pm

I belong, when allowed in, to a prison reading group (nice rural west country setting)and apparently fantasy is always top of their library borrowing requests by a mile.They can't get enough of it and true, that and crime and westerns and Jeffrey do feature strongly on their prison library shelves. I'm not even going to attempt to link that to anything you've said but will let you draw any conclusions you want

I can believe it.

- section of novel must have a ten-page description of a minor insignificant detail in a setting (twigs and branches are always acceptable);

- section of novel must have war scene of two different sub-human species fighting against each other.