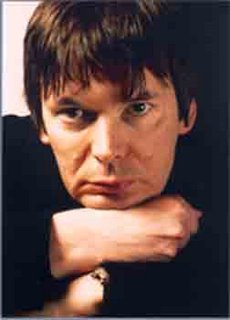 It's almost 20 years since bestselling crime writer Ian Rankin published his first Inspector Rebus mystery. After struggling to think of a suitable name for his hero he decided to invent a surname and chose Rebus, which is Latin for puzzle. The first book didn't set the bestseller charts on fire but was well-regarded enough for a sequel to follow and now, 17 books on, he is one of the world's top crime novelists. This anecdote comes from a signing he did in 1998...

One day Ian Rankin decided to see if there were any real Rebus's and flicked through the local telephone directory, not expecting to find anything. But to his surprise there was one Rebus living in Edinburgh.

His address was Rankin Avenue.

Yeah! That reminds me of this: