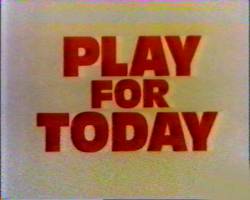 A few years ago I saw a repeat of a wonderful 1972 BBC 'Play For Today' called The Fishing Party. It was about three miners enjoying a trip to the seaside and was not only extremely funny but also, at times, very poignant. It was defintely worth seeing again, but like many of the best programmes from the 1970s, it isn't available on DVD.

Fortunately, some enterprising souls have decided to throw caution to the wind and sell home-made DVDs on ebay. For less than a tenner I now have The Fishing Party, plus five other stories from 'Play For Today'. Admitedly the picture quality resembles a 1982 VHS tape that has been rented more than 50 times, but who cares?

Since then, I've typed in the names of lots of obscure and half-forgotten programmes (anyone remember The Changes ?) on ebay and I've been surprised by how many are available. Is it legal? No, but if television companies refuse to make their archives available to the public, then they can't complain when someone else takes the initiative. 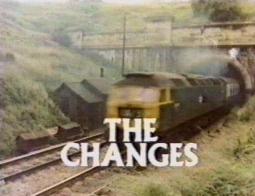 Not only do I remember The Changes, but at the time it was broadcast my sister and I had recently moved from Avebury, and so had lots of photographs of us climbing on the stones.

this gave us great mystique at our new school, or so we thought.

The BBC, well funded and creatively fecund, was a hotbed of great drama in the 70s; as it was fro arts doc programming in the 80's. Perhaps it's wporries about techmical quality that holds them back - I thought the whole archive had been sold?

personally I'm looking forward to a DVD of The Brothers - like The Sopranos [who's sorry now, Scott Pack?] set in a UK road haulage firm.

have a good day

The technical quality shouldn't be an issue, as digital remastering works wonders.

Coming from Avebury, I suppose you watched 'Children of the Stones'?

I think I might be confusing the two actually, unless Avebury Circle was a frequent setting for apocalyptic sci-fi?

Went back there a couple of years ago with my wife, sunday morning before the tourists arrived. fantastic!

Somewhere I've got photos of me and my sister clinbing on stonehenge too, which you could until the late 70's.

Tv is just rubbish now isn't it? Apart from Peppa Pig of course.

The Changes was about people turning against technology overnight, smashing up televsions, cars and, if it was 1975, probably Goblin Teasmaids too.