Life With a Star 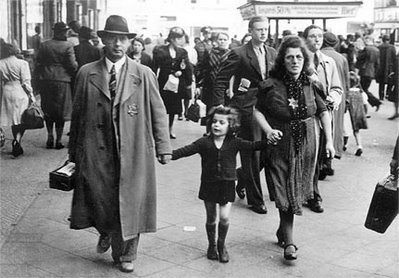 One of the many innovations that Ottakar's introduced was an intranet discussion board in which booksellers from Truro to Oban could exchange news and views. Sometimes it was a little disappointing - the notorious 'What's your favourite crisp flavour?' represented the board's nadir. However MD James Heneage was determined that the intranet should be 'anarchic' so that amongst the interminable threads about graphic novels there would also be an opportunity for innovation and intelligent discussion. One of the most heartening examples of this was a thread I initiated called 'Forgotten masterpieces.'

The thread asked booksellers to recommend titles that they felt were unjustly neglected and the response was amazing. So amazing, in fact, that Ottakar's decided to take the best suggestions and include them in a national campaign. Recommended titles included David Malouf's An Imaginary Life, Richard Yates' Revolutionary Road, Antal Szerb's Journey by Moonlight, Jose Saramago's Blindness and Barbara Pym's Quartet in Autumn. I recommended the wonderful Journey by Moonlight and another book which, although it is published by Penguin, seems to elicit blank looks from most people: Jiri Weil's Life With a Star.

How can I describe this book if you don't know it? Imagine L'etranger written by a Czech Jew during the Second World War. Weil and Camus are very different writers, but these two novels have one thing in common: the narrator is passive and naive to the point of being one of Dostoyevsky's 'Holy fools'. In Life With a Star the main character, a bank clerk called Roubicek, relates how his rights are gradually being eroded by the occupying Nazis:

'From now on you mustn't appear outdoors without a star, I hope I don't have to tell you what would happen to you.' 'You have to stitch down the corners of the star and wear it on the left side, directly over your heart, not any higher or lower. There are very strict regulations about this.'

He handed me a piece of rayon material. 'You mustn't get it dirty.'

I went home and stitched the tips of the star with a needle and thread. There were six tips and a word on the star, all contorted and twisted, in a foreign language that seemed to make a face at me.

I went out the next day. After all, I had to go shopping. I saw people looking at me. At first it seemed as though my shoelaces were untied or that there was something wrong with my clothes. In some way I had upset the everyday, accepted order of things. And I was alone among other people, completely alone, because people would make way for me. I was no longer one of them.

'Hello Sheriff!' a boy called to me. And everyone laughed, but I knew that they weren't laughing at me. I laughed too.'

Thanks to Ottakar's, I was able to introduce this book to hundreds of new readers, but I think that this novel deserves thousands. 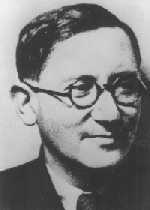 Posted by Steerforth at 7:49 pm

Hi Steerforth,
This year's thread, “Has a book changed your life?” also turned into a national campaign, taking reviews from staff and authors and 342ing the books. I posted my suggestion, was delighted when it was chosen, closely monitored sales of “my” book (The Periodic Table by Primo Levi) in store – and, felt like so much more than a job description or person specification, but part of a team and keen to explore for and exploit other commercial opportunities.

The boards fostered an atmosphere of inclusion and connection that ameliorated the fact that, as 'a downtrodden mass working for faceless shareholders', improvements in productivity were unlikely ever to be to our significant financial benefit, by allowing us an outlet for our grumbles and inspirations so that they didn't fester or get lost in a multitude of closed channels of communication.

I'd love to see how far Ricardo Semler's Semco principles of autonomy, free-structure and organics could be applied and extended in more traditional companies – do you know anyone who works for such a company?

The Periodic Table changed my life because I gradually became more and more taken with a character that in real life I might have scarcely noticed and probably instantly forgotten. Over the years, my attitudes changed with conscious reference to that character each time a real person reminded me of him. Sentimental as it sounds, I felt that if everybody who read it became a little more tolerant as a result the world would be a better place.

It's since been voted the Best Science Book Ever and my favourite crisp flavour is Roast Chicken with chili and lime.

By the way, I have to admit I'd never heard of Ricardo Semler, so your comments prompted me to do some research and no, I don't know anyone who works in a company that is inspired by his ideas. Most companies I can think of still seem to see dissent and individuality as a threat rather than an opportunity.

I've just started an MSc and I'd love to have a serious look at how corporate structures and ideologies affect performance, especially in such changing times. A chat with someone who works, not just from home or freelance, but within an organic framework would be fascinating.
Life With A Star has been added to my to buy shortlist, which is a lot more shorter without discount!
My conversion painting was Van Gogh's Sunflowers in the Tate. Was never a Van Gogh fan until I actually stood in front of it and gawped. I used to wonder why so many people raved about insipid and lifeless art until I saw it for real and began to understand. Showing 3 reproductions of a single painting like that really reinforces the point. Now love to read about the social context of art too, the visual political commentaries.

PS I don't know if there's an ettiquette for responding to Blogs so I hope you'll forgive me if I'm rambling on YourSpace : )

I picked up Life with a Star a few months ago on fellow book blogger JRSM's recommendation - the recent Penguin Modern Classics edition has, alas, slipped out of print now and I paid through the nose for my copy. I was doubly tempted by the promise of a foreword by Philip Roth, which turned out to be disappointing: two pages mostly about Isaac Babel and another book of Weil's. Ah well. I admit I didn't get far through Life with a Star either, finding it enjoyable but seeming by page 50 as though it was just going to be more and more of the same: scenes of his miserable life 'now' intercut with scenes of him and his girl in the good old days. However the reason I gave up on it was because something else shinier and newer was pressing on my attention, so I will definitely go back to it at some point. Nice to see another reliable source recommending it.