Dancing in the Streets

Cities all over Britain are busy trying to redevelop and rebrand themselves. Newcastle-upon-Tyne now has its Millenium Bridge and Baltic Gallery of contemporary art. Birmingham has knocked down its Brutalist 1960s Bull Ring shopping centre, whilst Liverpool recently reinvented itself as the European capital of culture.

This is all very good, I'm sure, but there is a simpler and cheaper way to improve our cities. Get rid of the traffic.

Yesterday I visited the Mayor's Festival in London and spent a very pleasant afternoon drinking cider in the middle of London Bridge. Only a day earlier the spot where I was sitting had traffic hurtling across it. This weekend, cars and buses and been replaced with tables and sofas. The transformation was magical: 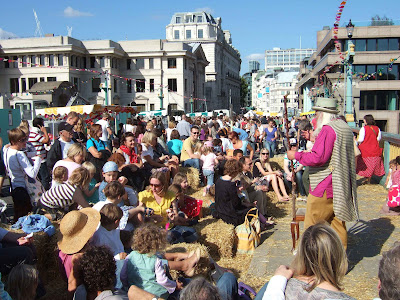 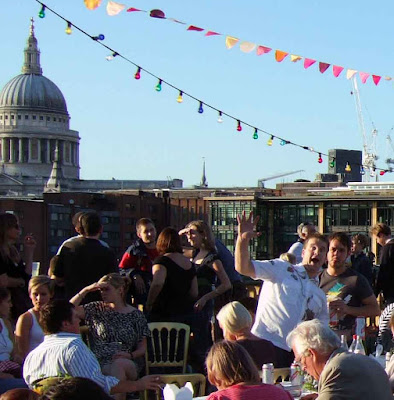 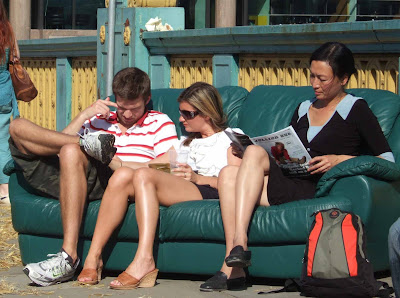 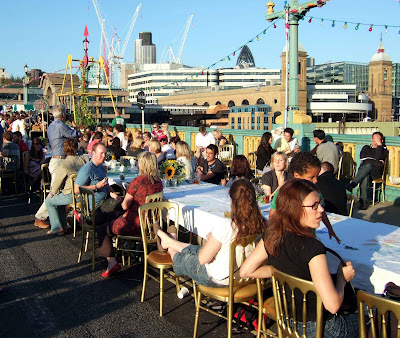 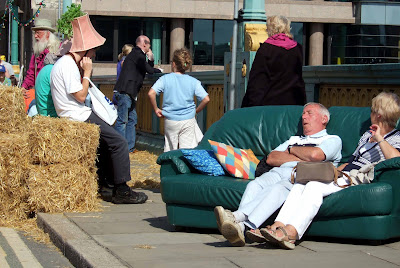 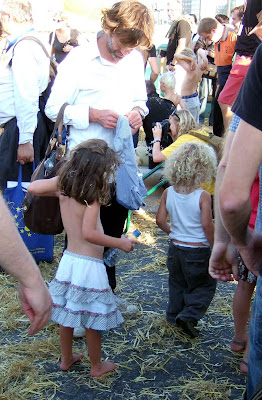 It was Jeremy Clarkson's worst nightmare: a car-free city taken over by people selling organic food, morris dancers and musicians. There was even a cow, which provided free milk. The countryside had come to the city and London was a lot better for it.

I was struck by different London felt. It seemed a kinder, safer place, but perhaps that was just the Welsh cider lulling me into a stupor of bonhomie. Old people relaxed on sofas, whilst children played with bales of straw. The normal sense of urgency - getting from A to B as quickly as possible and assuming that anyone who smiled at you was mentally ill - had been replaced by something dangerously close to philanthropoy.

Even if I take the good weather and convivial company out of the equation, I'm sure I would have still been impressed by the festival, as it showed us how radically we can improve our urban environments. Too many of us uncritically accept the status quo because we have no point of comparison. Events like the Mayor's Festival are a vital opportunity to open people's eyes.
Posted by Steerforth at 1:35 pm