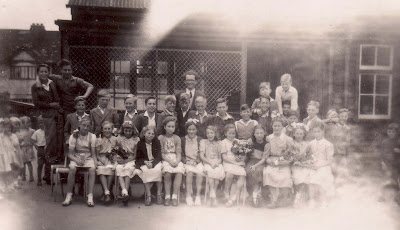 This is from the days when photos were the same size as the negatives . I wonder how many of the people in this picture are still alive.

That gives an added dimension to the phrase 'massaging your ego'. I love the four-digit telephone number, but what did she get up to in the mornings? 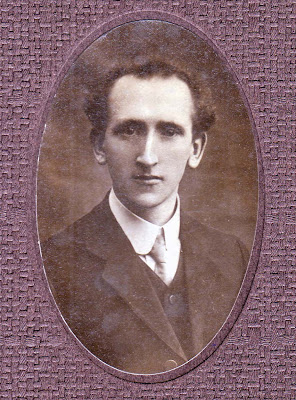 Is that a broken nose, or simply an unfortunate one?

I don't know anything about military badges, but this looks like the insignia of an army in a totalitarian state. 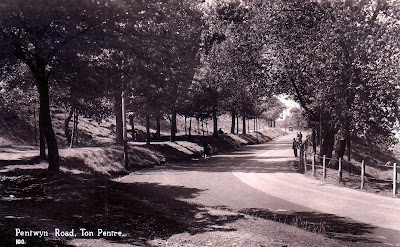 This is somewhere in Wales where very little happens. If you enlarge the image, you'll see that a woman pushing a pram has caused a group of men to stop and stare. 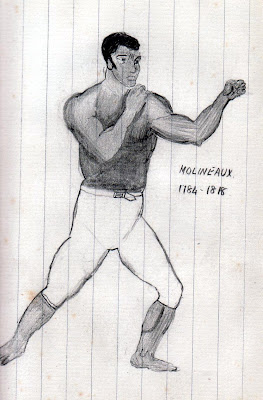 This drawing was quite unrelated to the school textbook book I found it in. 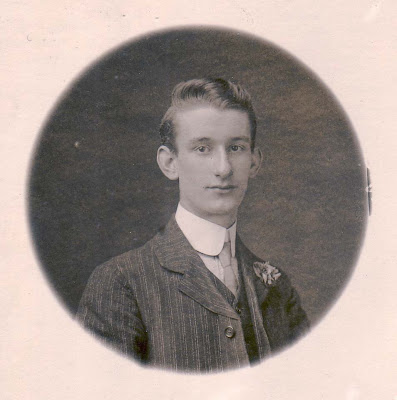 This photo fell out of a romantic novel. Is it the portrait of a sweetheart, son or stranger? We'll never find out and that's frustrating, as I want to know the story.

Every day I have to decide whether to consign a book to oblivion or not. I don't have a problem with that, but somehow I can't bring myself to throw away these fragments of past lives. I can happily throw away a dreary book about King George V because I know that there are plenty of others out there, but these bookmarks might be all that's left of someone's existence.
Posted by Steerforth at 9:50 pm

These are fascinating! I assume the sketch is Tom Milineux, and based on this one: http://www.museumoflondon.org.uk/English/Collections/OnlineResources/RWWC/objects/image.htm?rid=59198&size=3&pid=6&oid=94317

Keep the bookmarks! You might want to keep a record of which book they were found in and the date of publication of the book. Maybe you'll notice trends? Or find something interesting?

I am quite envious of your being able to spend so much time with books and memorabilia.

This is magical! What extraordinary discoveries - and also a terrific plot for a novel, or rather a book of short stories.

What good use you put these finds to Steerforth.

And they could be immortalised by no finer memorialist, even as 'fragments' of lives.

Sometimes a snapshot can be strangely more poignant than the whole story.

I ought to add I found many keepsakes such as these when working in a secondhand bookshop myself and we did actually find ourselves keeping them all in a little box and occasionally going through them all in tea breaks.

Isn't that insignia the Boy Scout badge for completing the task of electrocuting Akela using a Van de Graaff generator?

Keep all the details of each item - and write a book about them - it would be fascinating and I'm sure it would sell - frankly, you would have no problem finding a publisher if you present it properly.