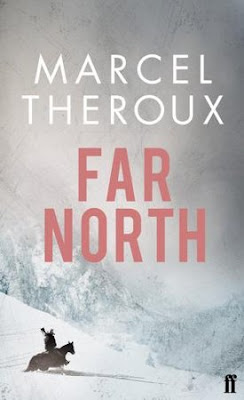 It's interesting to see how many mainstream, literary authors are writing post-apocalyptic novels at the moment. It's no mystery why. With global warming, terrorism, the end of oil and, now, the recession hitting the headlines every other day, people no longer enjoy the same sense of security that they had ten years ago. Every age has its neuroses, whether they are about God, sex, death or class. Ours is about the future.

Are we living at the end of this particular civilisation? If so, what are the causes? Can we avoid that same fate that has befallen every other empire in history? If not, what will become of humanity?

Published last week, Far North is the latest addition to the growing number of dystopian novels and has been compared to Cormac McCarthy's The Road. I'm not sure how valid that comparison is. Yes, civilisation has collapsed. Yes, the main character is on a quest to find a place of safety and yes, there are gangs of marauding bandits, but the similarity ends there. McCarthy barely hinted at the nature of the disaster and his novel was ultimately about the love between a father and son.

I've just finished reading a proof copy and the result is less satisfying than Cormac McCarthy's masterpiece, but Far North is still a cracking read which should appeal to a wide cross-section of readers. Theroux is a natural storyteller and doesn't allow his narrative to become hostage to the novel's central message.

Set in Siberia in the near future, Far North begins in the ruins of a city established by people who thought that they could flee the coming global crisis. The sole survivor, Makepeace, ekes out on existence by scavenging and growing plants from seeds found in an abandoned hardware store. Makepeace could probably survive this way until death, but somethings happens which changes the course of Makepeace's life and the story that follows is utterly compelling.

The origins of Far North lie in Marcel Theroux's own life. In 2004, he was asked to present a television programme about climate change and claims that he was asked because he knew very little about the subject and had few preconceived ideas, other than a vague belief that environmentalist were spoilsports.

The experience had a huge effect on Theroux and he became firmly convinced by the environmentalists' arguments.

Two years later, Theroux made Death of a Nation - a documentary about 's problems since the collapse of the . Theroux travelled extensively in , visiting places that closely resembled the post-apocalyptic landscapes of the imagination. Theroux's descriptions of the bleak, Siberian taiga and its sparse settlements are one of Far North's greatest strengths. 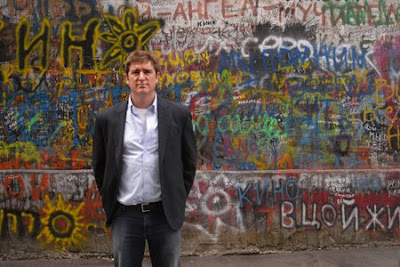 Once known as the 'third Theroux', Marcel Theroux says that he has learned to live with the fact that he was first Paul's son, then Louis' brother. However, on the strength of his latest novel, I wouldn't be surprised if he eclipses both of them in the future.

Posted by Steerforth at 3:37 pm

Yes, how dated Martin Amis's nuclear obsession in Einstein's Monsters looks now. Threads, once the most terrifying thing on TV, is now oddly reassuring - It didn't happen! We made it!

However as a constitutional jellyfish, I hate thinking about the many ways civilisation could collapse (which is one reason I have stopped buying newspapers, and taken BBC News off my homepage, since the financial crisis struck: I was a nervous wreck for most of October and November) so I will probably not be reading this book. Curiously, I did see it in the shop last week and picked it up and had a browse, but at no point did I even notice that it was about a post-apocalyptic survivalist thing. Probably all my attention was directed to seeing if there was any mention of dad or bro on the about the author page.

Sounds intriguing--MUST GET. I really enjoyed Marcel Theroux's first two novels, actually--gentle but clever little books quite unlike the work of any of his relatives.

This is a fine review, Steerforth. The book is scheduled for a June release in the US, according to Amazon.

I recently read an article about the dying cities of Siberia.

I've read most of the elder Theroux's output. Your review makes me want to pick this one up.

Enjoyed your piece about Hastings as well.