It is better to travel...

Doctor Johnson famously quipped that the Giant's Causeway was 'worth seeing, but not worth going to see.' I was reminded of this quote last week as I spent around five hours in my car for a one hour guided tour of Dover Castle's secret war tunnels.

Perhaps it was my fault. I had decided to drive along a road signposted as the Tourist Coastal Route. This involved crawling at 30mph behind a variety of slow vehicles. Some of the bigger ones had flashing lights and warning signs to let me know that they wouldn't be breaking the sound barrier, but the old age pensioners had adopted a more stealthy approach, shooting out of side roads at a breakneck speed before settling down to a steady 27mph.

As for the 'Tourist Coastal Route', although I wasn't expecting the Pacific Highway, I had hoped for a little more than a concrete sea wall, badly-built bungalows and half-empty retail parks. It was hard to believe that my parents had once gone for a week's holiday in such a desolate place.

Dover is the sort of place you pass through rather than visit. However it does have two tourist attactions. The first is a 3,600 year-old boat from the Bronze age which, unfortunately, just looks like a large bit of driftwood. The second is Dover Castle which, in addition to a collection of buildings from different periods, boasts a four-mile complex of secret tunnels built right into the famous white cliffs. 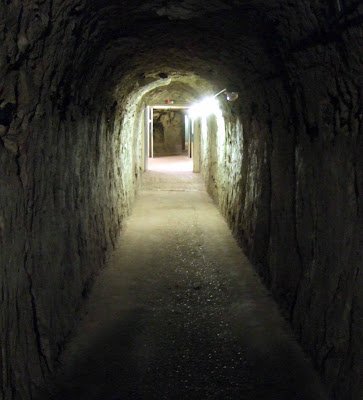 The tunnels were started during the Napoleonic wars, but the bulk of them were built before and during the Second World War and were used as both a hospital and an operational headquarters. As France is only 21 miles away across a narrow, shallow channel of water, they had a vital strategic importance.

They say that on a clear day you can see France. All I saw was a plain white sky with the hazy outlines of distant tankers: 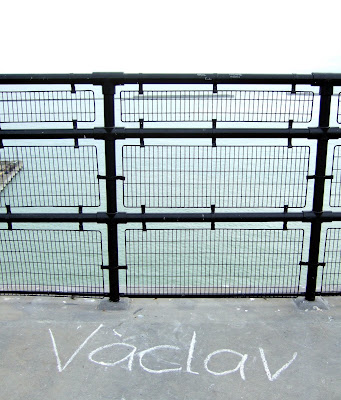 The Germans continually shelled Dover and this part of the coast was known as 'Hellfire corner'. Fortunately the tunnels were completely protected and in rooms like this, Vice-Admiral Ramsay's team plotted the successful evacuation of 380,000 British soldiers from Dunkirk: 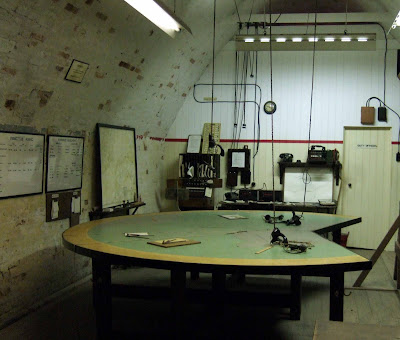 Apparently, women were allowed to wear trousers in this room because they had to do a lot of bending over (all in the line of duty, of course).

I enjoyed seeing the war tunnels, but were they worth spending most of the day driving to? Perhaps they would have been if I had discovered them by accident, but impressive as they were, the tunnels were exactly what I expected. The real joy of travel lies in serendipity.

Perhaps this is why the real highlight of the day was a 12th century church that I knew nothing about and visited on impulse. On the outside it was a fairly average medieval church, surrounded by fields of indifferent sheep and lichen-covered gravestones. However, inside it was unlike any church I've ever seen: 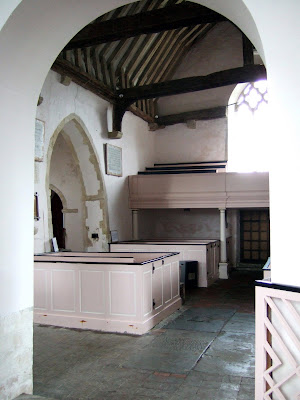 Apparently the pews were painted pink by the Disney Corporation, who used the church as a location for their film Dr Syn. You would imagine that the parishioners took a dim view of having their church painted pink, but they loved it and the colour scheme has remained. 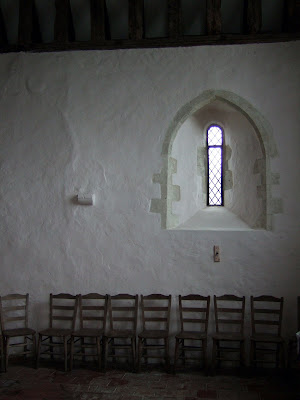 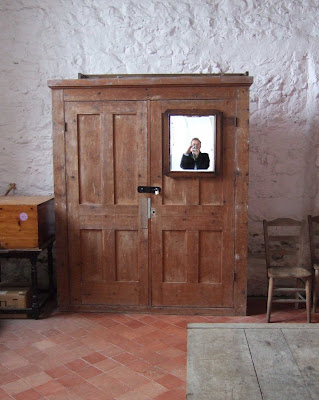 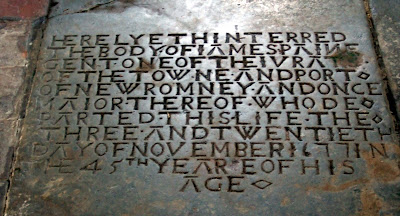 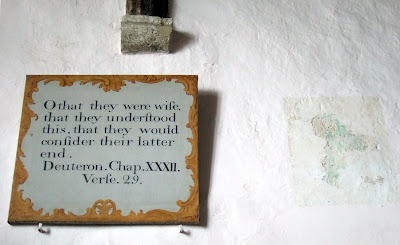 In St Clement's there is a small annex, hidden behind a thick velvet curtain. A sign warns that it is dangerous to try and climb the stairs and my first reaction was to decry it as yet another example of our obsession with health and safety. However, in this case I agree: 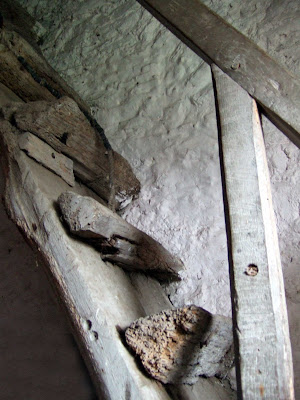 Centuries of woodworm have rendered these beams almost unusable and the bell tower is now silent.

I was in St Clement's for at least half an hour and wasn't disturbed once. I would rather be alone in an obscure rural church than join a guided tour in a 'heritage' sight, where visitors are processed and have little or no time for reflection.

I was quite awestruck to have an 800-year-old building all to myself. However, Dover Castle can easily put St Clement's into the shade: 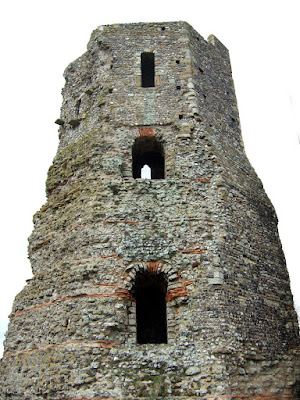 This is the Pharos - a Roman lighthouse that is 2000 years old. I had no idea that a building like this existed in Britain and I find it utterly bizarre that it is a relatively minor part of Dover Castle's collection. I naively thought that historical sites were all about going 'Ooh' and 'Ahh' at how old things were. Apparently not. Perhaps the Pharos just isn't sexy enough.

Next week I think I'll cut out the destination part of the journey and just drive. It really is better to travel than arrive (unless you're flying Ryanair).
Posted by Steerforth at 3:26 pm

Dr Johnson was probably right in his day, but now going to see the Causeway is probably at least as good as seeing it, particularly if you go from Belfast via the Antrim coast road, which was recently voted as having the fifth most spectacular views in the world, ahead of the likes of the Grand Canyon, Machu Picchu and Angel Falls. Admittedly this was a survey of customers of Jacobs Creek wine, but there is no evidence that they were drunk at the time.

Ahead of the Grand Canyon? It must be good. I would love to explore this area.

I have only been to Ireland for about an hour and a half on what must rank as one of the most poorly organised day trips of all time.

Well, it's more low-key and, er, British than the Grand Canyon in its spectacularity, but also more varied. I took a couple of English friends for a drive along it a couple of years ago and they went apeshit for it. Representative pics here, here, here, here, here, etc. etc. End of tourist board plug. But if you're ever over here, Steerforth, I'll point you in the right direction after a pint at the Crown Liquor Saloon, which is, quiz fans, the only pub owned by the National Trust.

There seems a distinct tunnel thread running through your postings in the last few months Steerforth.

Do you think anything in particular may have prompted it?