I am feeling very virtuous as I have just taken my sons out for five hours, in spite of an appalling hangover and dreadful weather. We visited Herstmonceux Science Centre, which was a great hit with the boys but proved to be something of a mistake for me, as the last thing I needed was flashing lights and loud noises.
The highlight of the trip was a machine that created spin pictures, which you could then save and send to your email address:

And here is the finished result: 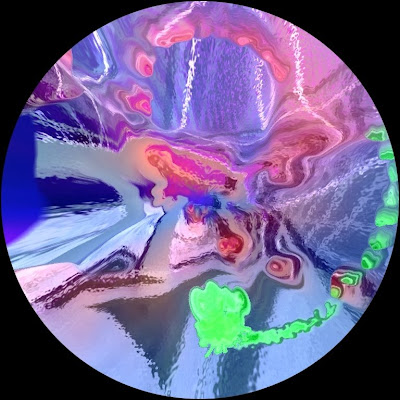 This is probably the most fun you can have with colours without resorting to drugs.

On the subject of drugs, last week's News Quiz reported that schoolchildren had been given pencils that bore the slogan Too Cool to Do Drugs. It seemed like a good idea at the time, but nobody realised that after the pencil was sharpened a few times, the message became Cool to Do Drugs, followed by the simple command, Do Drugs.
Posted by Steerforth at 4:34 pm

Oh God, that just encapsulates everything I have come to hate about the public sector. Nobody knows how to think anything through.