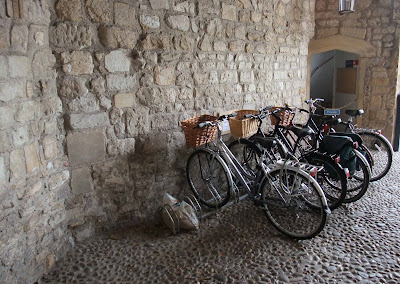 I have just finished a fairly disastrous trip to Cambridge, during which I was berated from all sides for not including any interactive, child-friendly, soft play activities on the itinerary. My argument - "But this is Cambridge!" failed to impress anyone.

I don't know what all the fuss was about. My sons seemed quite happy converting the railings of King's College into an army assault course, although my attempts to engage their attention by comparing every ancient buiding to Harry Potter were a dismal failure. They knew exactly what I was up to. 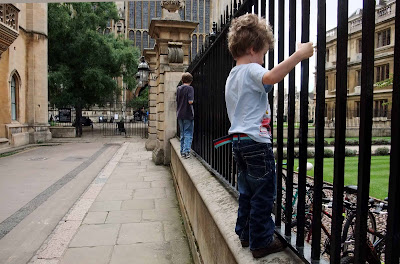 I could have happily spent a whole day exploring the colleges (and next time I'll leave the boys at home and do just that). I thought that Trinity College was particularly beautiful: 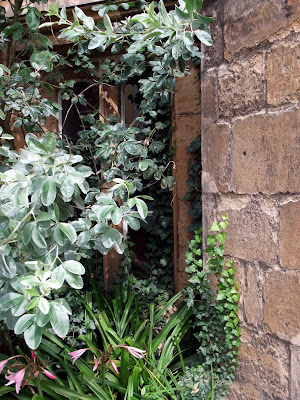 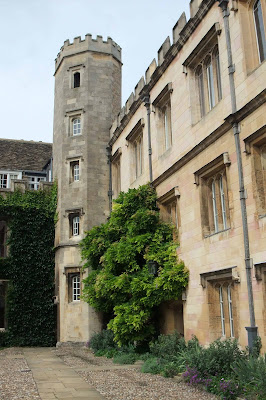 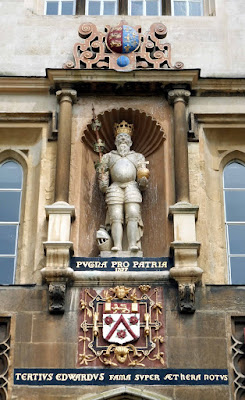 But what particularly impressed me was the beauty of the people. This must be the place where all those embracing 'A' level girls with lustrous hair went. For a moment, I stood and contemplated the juxtaposition of the stunning medieval architecture and beautiful women whizzing past on bicycles. Could anywhere this perfect really exist?

If I hadn't been so incompetent at finding the correct "Park and Ride" bus stop, I would have probably left with a misty-eyed impression of Cambridge, but we boarded the wrong bus and what should have been a five-minute journey became an hour-long odyssey around the ring roads and back streets of the city. I saw grafitti-ridden underpasses, bland industrial estates and cheap, badly designed modern housing. It was a revelation.

At some point everyone except us got off the bus and as we travelled further away from the city, I wondered where we were going to end up. Then I noticed a familiar-looking row of pebble-dashed houses with satellite dishes, followed by the appallingly-designed Crown Court. We were back.

I have seen more of Cambridge than I ever thought I would. The centre is breathtakingly beautiful, but like so many other cities, it is surrounded by a ring of 20th century ugliness. In a recent radio programme, someone remarked that one of the best things about the recession was that a lot of building projects have had to be scrapped.

It's a shame to think like that. I don't want to live in a chocolate box "Heritage Britain", but the drab ulilitarianism of the majority of postwar buildings makes it hard not to feel that way. Will the Barbican still be standing in 600 years time? 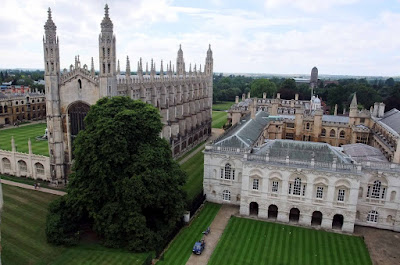 Posted by Steerforth at 8:02 am

Such a beautiful university that is. I am also thinking about to join it. Thanks for sharing such a detailed review with us.

Cambridge is so much nicer than Oxford - I lived for years in one and now live near the other. The centre is compact and the river runs through the middle past all the pretty bits. I loved living there (as a townie not gownie) and if I had to move anywhere C'bridge is at the top of my list. I'm feeling all nostalgic about it now!

Pretty impressive, isn't it? I worked at University of Southampton for 11 years and, although the campus is an attractive one, the only building of note, amongst those of Basil Spence, is the Hartley Library.

Incidentally, I went in search of a post office in Cambridge, when I was at the folk festival in 2005. I needed to tax the car. After a very long walk, I found myself in a run down and slightly menacing part of the city. It may have been within walking distance of the University but, it felt like a million miles.

Perhaps the better question is: *should* the Barbican be standing in 600 years? Or even 6.

Great pictures as always. You have a special talent for the photo-essay.

nice to see these pictues. i do love old buildings. curious about the bus ride. maybe there was a reason for you to see the beautiful vs the scrawl. not sure what though.

Cambridge is indeed beautiful. But all those girls with lustrous hair were probably, from overseas - it's not term time yet, so the girls who embrace on A-level results day won't have arrived yet. Meanwhile, the colleges are full of language students...

My daughter is about to leave us to go back for her final year at King's, reading Oriental Studies. (Though she does not ride a bicycle ;-) Visits to her in that idyllic setting always seem a touch unreal, and isn't there a lamp post on Jesus Green the students call 'reality checkpoint' because it separates the wardrobe world of Cambridge from the town proper? Still, it's all irresistible. Ever been to the picture house cinema, or the Rupert Brooke pub at Granchester? Your boys would love that jaunt along the river - and so would you I'd guess.