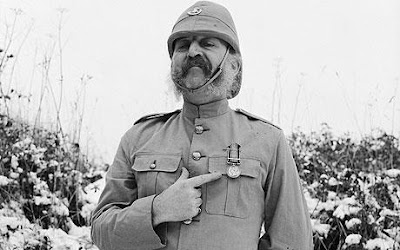 The death of Lionel Jeffries has come as something as a shock - mainly because I had no idea that he was still alive.

The second surprise is that Jeffries was 83 when he died, which means that when he played the eccentric grandfather (pictured above) in Chitty Chitty Bang Bang, he was only 42 - a year younger than his on-screen son, Dick van Dyke.

Chitty Chitty Bang Bang is a marvellous film and Jeffries was wonderful in it, but his lasting legacy must be two of the most perfect children's films ever made: The Railway Children and The Amazing Mr Blunden, which Jeffries adapted and directed.

The Railway Children is full of delights, from Bernard Cribbins' performance as Albert Perks, to Jenny Agutter's decision to remove her bloomers to prevent a train crash, but the highlight has to be the end of the film. I defy anyone to watch this The Railway Children without shedding a quiet tear. 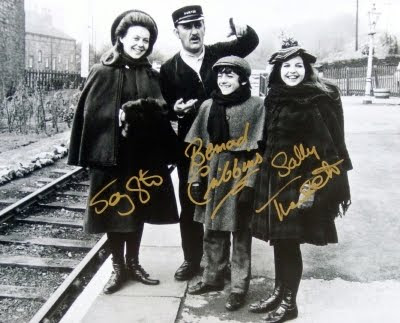 However, my favourite has to be the hugely-underrated The Amazing Mr Blunden, which was filmed in 1971. The film's strength lies in the story, which is part ghost story, part murder mystery (with the obligatory children who have been plunged into genteel poverty following their father's demise). It has everything a child could want (apart from guns and talking animals).

But it's not just the story that makes The Amazing Mr Blunden so memorable. It's also the wonderful casting.

Before she became the rather odd Mrs Peter Sellers, Lynne Frederick was a fine actress and really carries the film. Laurence Naismith is also wonderful as the enigmatic Mr Blunden - the grandfather we'd all love to have. But the star has to be Miss Diana Dors: 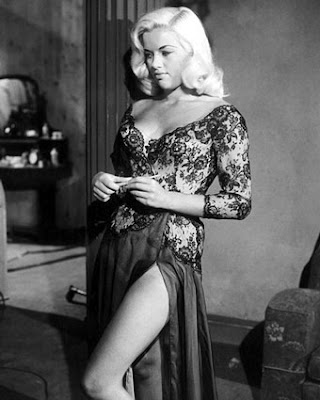 Although Dors was once hailed as the English Marilyn Monroe, she relished her role as the hideous, evil old hag Mrs Wickens and really steals the show. She is the pantomime villain par excellence. Sadly, there doesn't appear to be a clip of Diana Dors as Mrs Wickens on YouTube, but here is a nice one that sets the scene:

With two such excellent films under his belt, you would have expected Jeffries' career to go from strength to strength, but instead it petered out. I have no idea why, but perhaps the obituaries will reveal the answer.
Posted by Steerforth at 10:39 pm