I've read some damning reviews in my time, but few have been bitchier than Hugo Barnacle's review of Adam Thirwell's new novel, The Escape, in the last issue of the Sunday Times.
If I was Thirwell, I'd be pretty mortified.

Perhaps he'll send Mr Barnacle an abusive email, a la Alain de Botton, who didn't take kindly to a bad review. De Botton was on last week's edition of Saturday Live on BBC Radio Four and was being gently teased for his outburst. To his credit, he admitted that he'd been very silly.

One person who hasn't had to worry about bad reviews is MJ Hyland. I've just read her new novel This is How and was impressed by her stark, understated prose - a welcome relief from the dense, overwritten, peacock style of writers like Martin Amis. To call This is How accessible sounds a little too much like being damned by faint praise. However, Hyland's novel can be read either as a literary novel that betrays the influence of Camus and Dostoyevsky, or as a straightforward thriller. 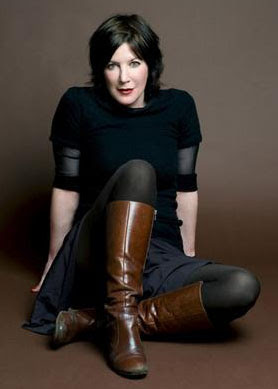 I think I'm going to be a big MJ Hyland fan.

Unfortunately, that's the nearest I've come to any literary activity this week. My wife and children are away for two weeks, which should be a golden opportunity to catch up on all of the books and films I've been meaning to see, but instead I've spent most evenings in the garden, drinking beer and looking at the sky. Is that a bad thing?

I watched a very enjoyable film yesterday called 36. It's just a cops and robbers movie with a reasonable amount of gratuitous violence, but because it's in French and stars Gérard Depardieu and Daniel Auteuil, my sins are all forgiven. 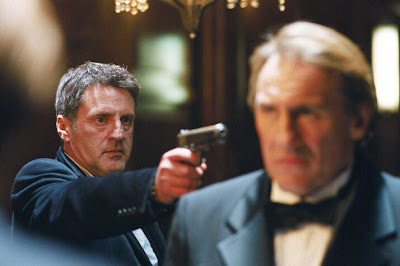 Barnacle has been doing that for months now. His review of Geoff Dyer, comes to mind. As for drinking beer in the garden and looking at the sky when the family's away - It's not just me then.

Glad you enjoyed the MJ Hyland, I keep meaning to read her new one. I've read her previous two and they're both very good, although I liked her debut How the Light Gets In best.

That's the one I'm reading next.