Sexual intercourse began
In nineteen sixty-three
(which was rather late for me) -
Between the end of the "Chatterley" ban
And the Beatles' first LP.

After the last few days, I'm inclined to agree with Philip Larkin. I have spent the last few days sifting through thousands of old books and it's remarkable how so many of the jacket designs of the 1960s were obsessed with sex.

The 1950s covers have pouting women with pneumatic breasts, gazing longingly at a rugged hero, but they seem comparatively chaste. The sixties jackets leave far less to the imagination.

Here are a few examples: 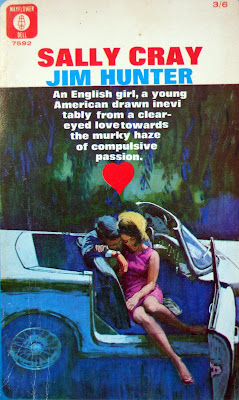 It starts innocently enough with a snog in a sportscar, but then things progress quickly... 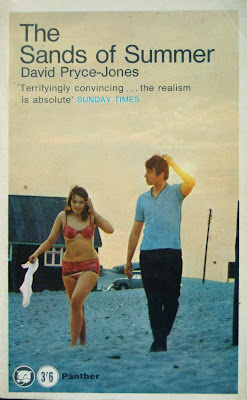 Although the girl is almost naked, the man is scratching his head in a perplexed manner. He's so 1950s. Eventually he gets the message and a tryst in a beach-hut cements their relationship. Naturally, they get engaged... 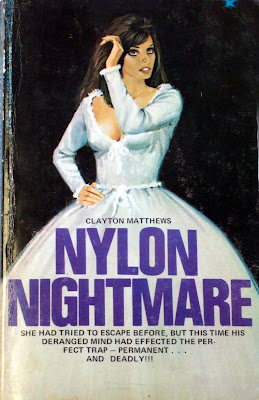 A wedding takes place. The dress is made entirely out of artificial fibres, which almost ignite as the evening progresses. The happy couple move into a new townhouse, complete with driveway and garage. 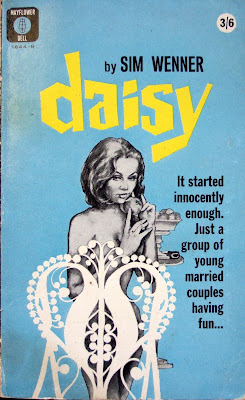 Married life begins well. A combination of valium and alcohol help to distract Daisy from the utter futility of her existence, but she still craves excitement. When some new people move into their modern cul-de-sac, life becomes more interesting... 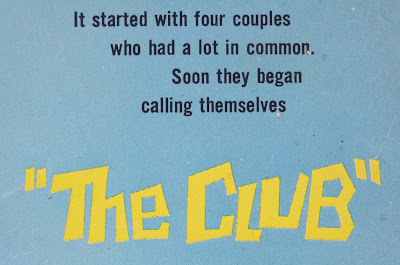 Daisy is soon 'in the club' in more ways than one, but who is the father?

It is fascinating to witness the sexual revolution of the 1960s through contemporary book jackets, but it's equally interesting to see the growing backlash of the following decade. At first, the 1970s seemed like the über-sixties, but by the end the nipples were back in unburned bras and the world was run by Ronald Reagan and Margaret Thatcher.
Posted by Steerforth at 6:58 pm

Wonderful stuff. 'Sally Cray' and 'Nylon Nightmare' also have weird and unnecessary word breaks on the covers (ineva/tably without a hyphen, and per-fect).

Is it difficult not to put aside a small mountain of books as you sort for your own purchase?

Strangely enough, I'm not tempted to buy any. I already have enough unread books to keep me going for a few years.

Now I don't know how the rest of your family, or visitors would feel but you do know there is an amazing product which is essentially a book frame for framing the covers. Imagine these heaving ones in the hall.
Must find out where it was from again and get some!