The best book I found today almost ended up in the bin, as it was hidden away in a box of Reader's Digest titles. Fortunately, I spotted it just in time and a brief flick through confirmed that I'd found a gem. It's a collection of photos of the northern industrial town, Consett.

To quote from the book's blurb:

"For 140 years Consett in County Durham was synonymous with iron and steel. Then in 1980 the works were shut down and subsequently dismantled by the largest demolition projection in Europe. The town was left with a 650 acre hole in its centre, not to mention a legacy of unemployment and demoralisation."

I hadn't heard of the book's editor, Julian Germain, but as soon as I visited his website I recognised his photos of classrooms around the world, from a book that has been featured in several weekend supplements. I shall be adding that to my Christmas list.

Steel Works is divided into two sections. The first features photographs from Consett when it was a thriving industrial town in the 1960s. Contributors include Don McCullin and Tommy Harris.

The second part looks at post-industrial Consett, a town that seems abandoned even though its inhabitants still live there.

Here is a selection: 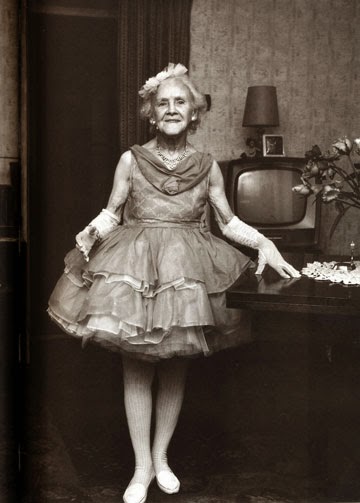 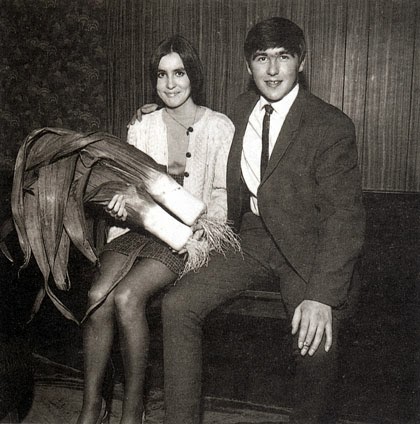 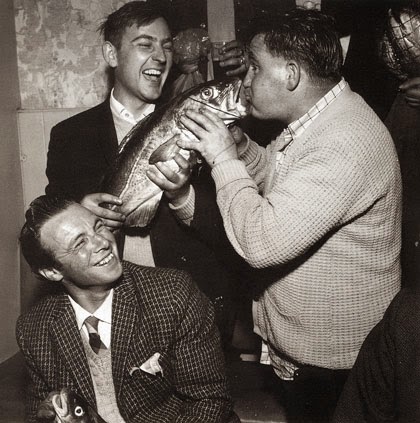 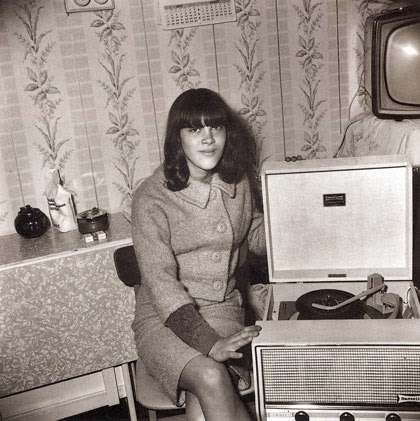 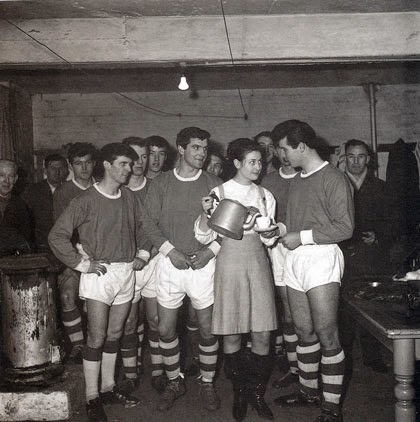 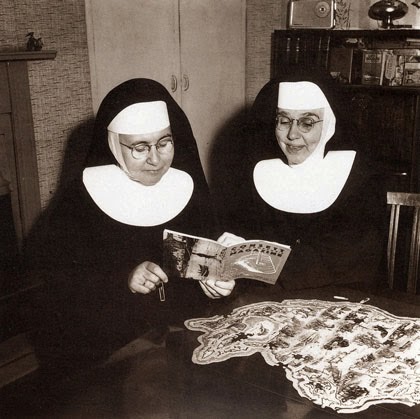 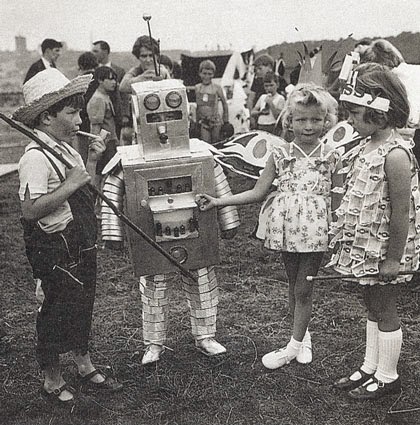 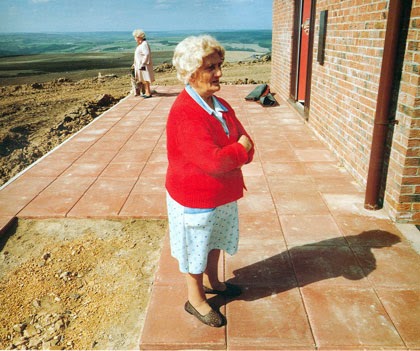 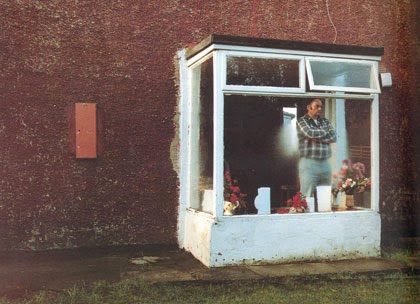 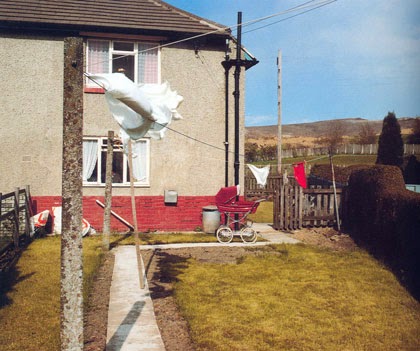 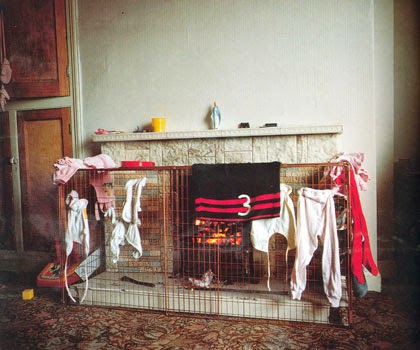 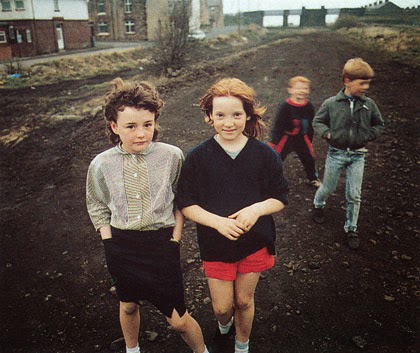 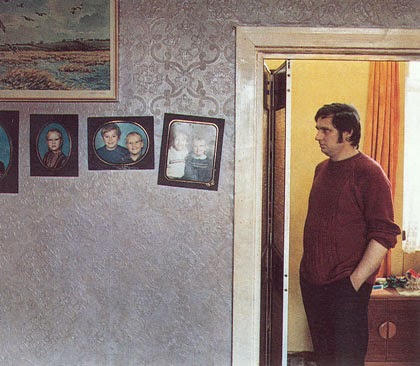 Posted by Steerforth at 3:50 pm

Brilliant! Canny photos though but

Martin Parr eat your heart out

Now I understand where Rowan Atkinson got his unique sense of humour.

Bittersweet - both funny and sad. I wonder how many of today's kiddies have any idea of what it's like to have no money, and to have to dry clothes in front of the fireplace? And I feel so sorry for the little old lady in the first photo, whose dress is so age-inappropriate, but who is so starved for a bit of fun and glamour that she probably wears her finery to the supermarket. God bless them, one and all.

Wonderful! Thank goodness you rescued it.

Thank you. Those photographs are marvellous. And I agree with
Worm re Parr. That one of the backyard with washing in the wind is especially good although I can't figure out why.

Worm - I was going to make a joke using Parr's surname, then I thought better of it.

Mr Quilty - I don't think he earned his stripes in the working men's clubs of Consett, but perhaps he absorbed their humour by osmosis.

Carol - Yes, bittersweet is the word. The photographs captured the humour of the circumstances without belittling their subjects. By the way, many thanks for the postcard - I liked the picture!

Nell - Glad you liked them. My favourite is probably the one of the girl with the record player. I'm not sure why.

Zoe - Perhaps the mundane subject matter belies how well composed it is as a photograph.

Glad the card arrived okay, Steerforth. Snoqualmie Falls is one of our local tourist attractions, and state parks. This time of year, the water roaring over the falls can be pretty spectacular. BTW, we're up 17 inches on our annual rainfall totals for year. And it's only the first part of November!!

Love these photographs. This is probably the main reason why I sometimes daydream about owning a bookstore....

Sweet find. Sometimes you just feel like looking at pictures. :-)

I discovered your blog by happy accident (My Google was in search of a British artist's work). I see you're in East Sussex. I'm in Canada, but I've always had an affinity for Britain and for Sussex in particular, as my mother was a WWII war bride who harkened from Crawley, in West Sussex.

I've subscribed to your blog and I look forward to reading your posts.

Earleen - I know Crawley well - I used to run a bookshop there. Thanks for stopping by and posting a comment.