Yesterday evening I was desperately trying to read an article by Rupert Thomson in the Guardian Weekend magazine, but my wife had other ideas:

"Jenny's suggested that we all go to the zoo."

"It would be lovely for the children and I think you'd get on with Dave."

"Hmm. Good idea." (at this point I pointedly picked up the magazine to indicate that the conversation was over.

"Dave often plays chess with his next door neighbour. They're nudists."

"Yes, when Dave goes round there for a game, the neighbour isn't wearing any clothes."

At this point, I thought that my wife was employing a tried and tested technique to see if I was listening to her but no, apparently Dave really does play chess with a naked man. The neighbours are nudists and their house rules are simple: no clothes. Dave never bats an eyelid. 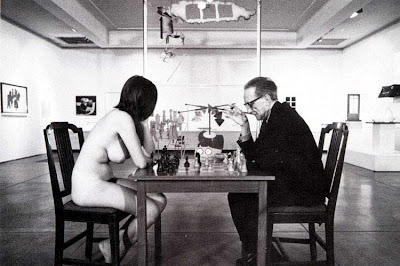 I'm not sure if I'd be quite so relaxed about naked chess, or indeed anything that involved nudity, but perhaps I'm in the minority. Several people at work have posted rather revealing photos of themselves on Facebook.

The session began with some harmless, slightly revealing poses. Then the photographer opened a bottle of wine and encouraged the girls to have a glass or two. Soon, inhibitions (and clothes) were quickly shed and with minutes, the sisters wearing nothing but a smile.

I can understand how the combination of youth, flattery and alcohol helped to remove any inhibitions about posing naked. What I can't understand is why, in the cold sober light of the next day, the photo session was posted by one of the sisters on Facebook for everyone to see.

This is one of the milder shots: 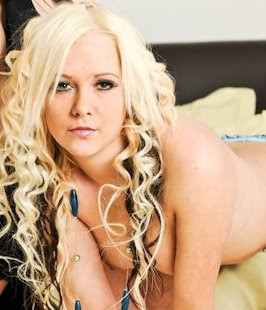 Apparently, the photographer told the girl that he had "contacts" who might be able to offer her solo, webcam work. That registers 9.5 on the seedometer.

Another colleague, in a moment of madness, decided to post a profile picture of himself on Facebook, standing in a shower. Admittedly, he'd covered his offending articles with a towel, but in a pose that made him look like the poor man's Tom of Finland. He was universally ridiculed.

With so much nudity around, I'm beginning to wonder if I'm in a minority. Are more people at it than I realised?

I sincerely hope not because, with the best will in the world, most people look better with their clothes on.

Do the Naked Chess thingy then write about it...here...hee,hee. We understand you're only doin' it in the interests of research.

Me, I run about with my clothes of all the time.

I think Dave must be REALLY keen on chess. Can you get more details about this arrangement? Is the neighbour already seated with the chess pieces lined up ready to go when Dave comes in? Does he get up to offer refreshments? What about the neighbour's wife? Perhaps you could go to the zoo - just this once - and find out a bit more?

My friend Oliver had a tennis partner who one day announced mid-game he had decided he was gay at the age of 56 and proceeded to make unwelcome advances. When these were rebuffed the tennis partner started taking his clothes off on the court of the expensive tennis club. O being a seasoned journalist made his excuses and left, ignoring the slew of text messages which followed. I think he's gone off tennis somewhat since.

My attitude to nudity is that my body is a temple - for worshippers only! If ever I did a photoshoot it would be a private matter shot by the love of my life and so tasteful/quasi Victorian as to be a work of art rather than a reader's wife effort.

It certainly would NOT end up on Facebook. Are these women mad? Their employers, parents, former teachers and anyone else can see it.