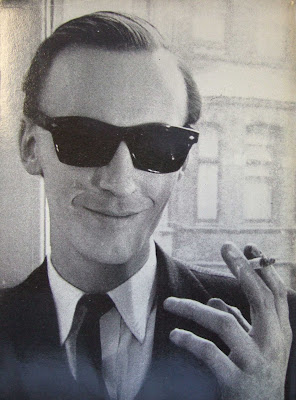 Robin Cook (aka Derek Raymond), circa 1960. The word louche was invented for men like him. 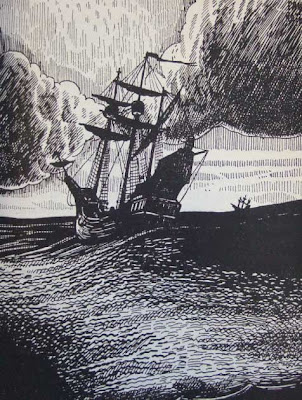 I've discovered a lot of children's books with beautiful engravings, like this one. The books are often worthless and it pains me to think that these images are destined for oblivion. 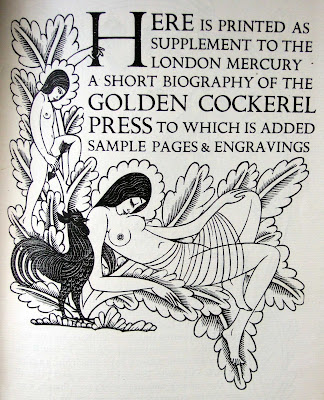 The title page of a 1930s edition of the London Mercury - a magazine devoted to the fine arts - now sadly long defunct. This issue had some fine woodcuts, including the one below: 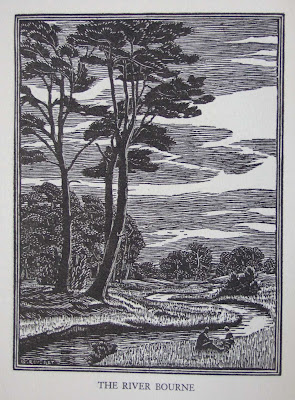 I found a Victorian mongram album yesterday. I'd no idea what a mongram was, but it appears to be what we would now call a logo. The album contained hundreds of mongrams, including regiments, Oxbridge colleges, hotels, shipping companies and Government departments. The album managed to be both incredibly dull and extremely fascinating at the same time. Here is one of my favourites: 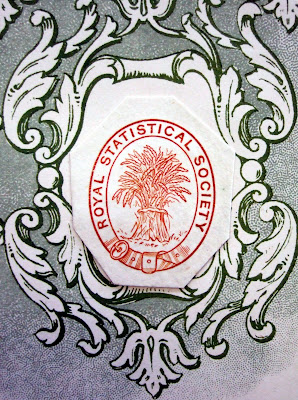 An extract from a novel by my dad's favourite writer - Percy F Westerman. Dad's jingoistic attitudes used to exasperate me in my teens, but later I realised that his generation had been a little brainwashed. To quote my father's geography teacher: 'This is a map of the world. All the bits that are pink are British, and the rest don't matter.' My father's tragedy was that his world view was obsolescent before he'd even reached his mid-20s. 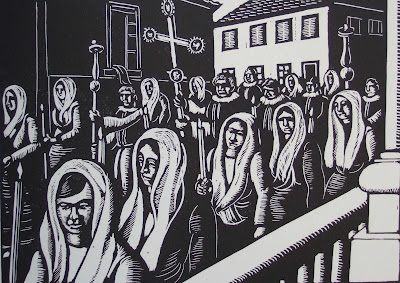 An engraving from the 1953 Penrose Annual - a review of the graphic arts.

This castle isn't part of the National Trust. 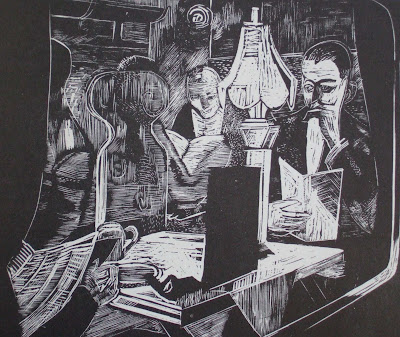 Another illustration from the Penrose Annual. 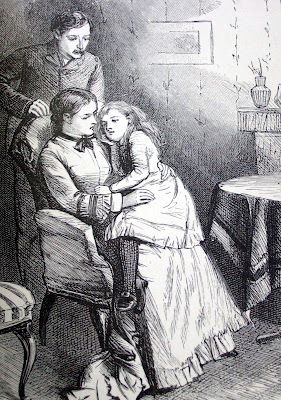 A typically maudlin, sentimental Victorian engraving. The parents are telling the girl that they can't afford a PS3. 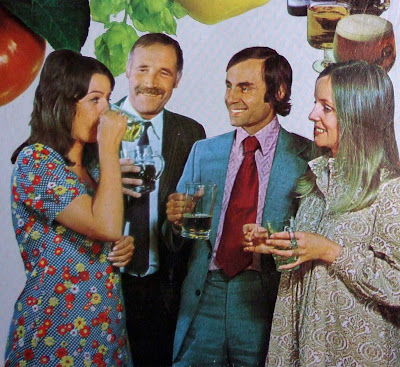 This is just a small selection of the gems that arrive in my office. I will never Twitter, but if it enabled me to easily share images with you the moment I saw them, I might be tempted.
Posted by Steerforth at 8:51 pm

Oh please please please twitter: I can't tell you how much I love these finds of yours, and the thought of having more, more often is very cheering indeed

If you have a phone with a camera (for some reason, I suspect you haven't) you could try TwitPic (http://twitpic.com/) to send photos to Twitter. I for one (like Mrs. Trefusis - what a terrific name) would enjoy your regular "tweets" (how I hate that term).

What the others said. Twitpic. You might also find it useful to flag up some of the things you are selling. Then you could call it work.

Go on - you obviously want to really! (Twitter that is)...

This all sounds like 'Come over to the Dark Side, Luke'.

Anything to do with phones annoys me and texting makes me apoplectic with rage. I don't know why.

I do have a phone with a camera, but I never use it because I can't bear the poor image quality. Everything you see on this blog has been cleaned-up on Photoshop.

I will compromise. Instead of feeling compelled to write drivel at least once a week, I will stick to images and post new ones every two days.

How does that sound?

Yay! I like that much better than having to start twittering to keep up with your finds.

Please also write words when you can!

Love the title page, looks like Gill, do you know if it is ? As for twittering it isn't all vacuous meanderings, sometimes it is like the internet, heaps of information but with the advantage of personal recommendation.

Some of us are waiting for the Twittering community to get a good dose of bird flu.

The Sex Castle was actually pretty tame. Republished as "Shoot It, Again."