An important message from Ray Craft...

I won't bore you with the reasons, but I've spent most of this week in a warehouse dealing with hundreds of boxes of books. It's the hardest I've ever worked. To make things worse, on Friday I was subjected to eight hours of Michael Jackson.

This can't be right. I'm a white collar worker and have the cut-glass accent to prove it. I'm sure there isn't anything in my contract about this. On the plus side, at least the lads in the warehouse now call me 'mate'. I shall miss them when I'm back in the office.

Out of the thousands of books that I looked at last week, I found a disappointingly small number of unusual bookmarks. Here are some of the more interesting ones: 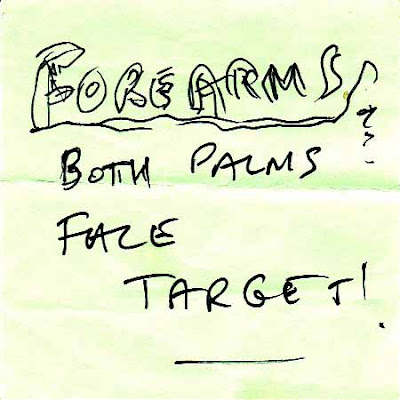 What is the meaning of this post-it note? I have no idea and wish that I could ask its former owner, a Mr T Bicker. 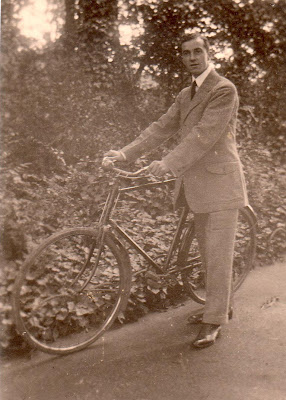 No cycle clips? He'll get grease on those immaculately-pressed trousers. 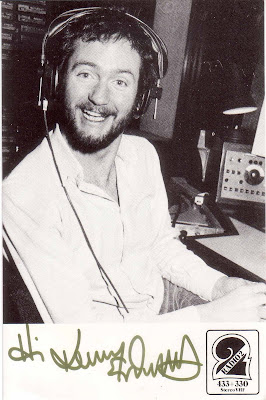 In the days when the word 'zany' wasn't used in a sneering, post-modern, ironic way, this man was regarded as the zaniest radio presenter of his time. Like Rock Hudson, Denholm Elliot and Jimmy Edwards, he was 'outed' in the most traumatic way of all.

This piece of paper single-handedly solves the Mystery of the Garish Trays. Once they were ubiquitous. Now they're as rare as honest MPs. 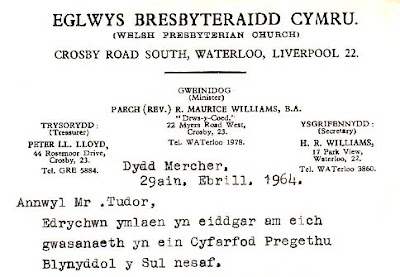 I'm proud to say that I achieved the lowest mark for Welsh in the history of the University of Wales. My college was in a Welsh-speaking area and as a goodwill gesture, I decided to learn the local language. It was a disaster. 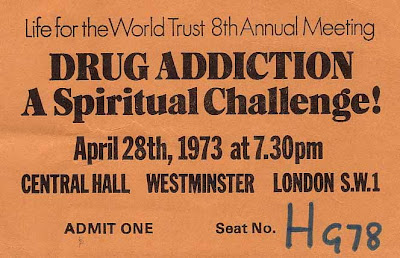 If you've ever wondered why people aren't addicted to drugs any more, here is the answer. 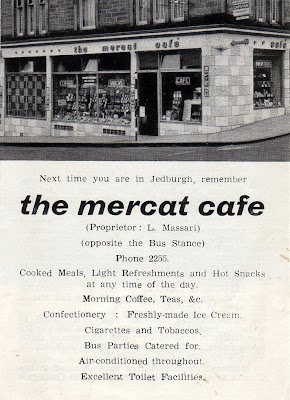 It was all going terribly well until they mentioned the Excellent Toilet Facilities. 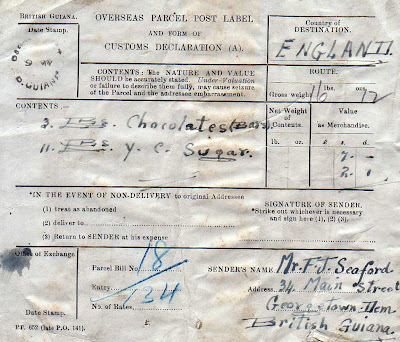 Attention all colonials! Please send regular supplies of chocolate to the Mother Country (if you're in Canada, we will accept male syrup).

And finally, the important message from Ray Craft... 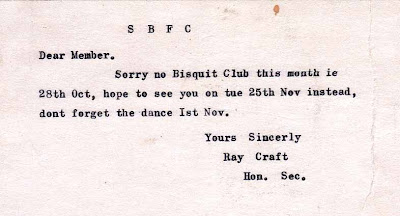 What events led to the suspension of the 'Bisquit Club'? I love notices like this because they refute all of those people who moan about the declining standards of English.
Posted by Steerforth at 5:46 pm

The forearms and palms and facing target thing could be a description of a 'fence' technique as advocated by Geoff Thompson, ex-doorman, martial arts instructor and now self-help/pop-psych author. The notion is that you use outstretched arms and open hands in a non-agressive way to judge range, present an obstacle and act as a means of determining the opponent's intention. The rule of thumb is that if they touch the fence twice then they're gonna go for it. Blocking techniques using the forearms in karate can also be considered as strikes.

I'm sure you wanted to know all this.

Actually I did want to know. I met Geoff Thompson once - he seemed a nice enough man, but I got mixed messages from him. He kept stressing how he'd embraced Buddism and eschewed violence, but also reminded me that he could kill me with his little finger if the mood took him.

My mother still uses those trays!

She's definitely had her moneysworth out of them (except looks like they were free!)

The Biscuit Club...hmm. Wonder if they awarded marks for taste texture and bouquet..?

Or perhaps they had to make their own. Nicest ones I ever had were Fox's Fancies (now discontinued and only one branch of the Co-Op ever seemed to stock them - probably why they've been discontinued!)