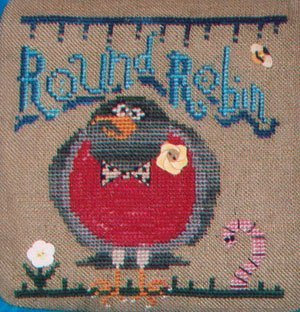 I have been away for Christmas, staying in a house that overlooks the local nuclear power station. The only thing that kept me sane was reading WF Hermans' novel The Darkroom of Damocles - a Dutch masterpiece from the 1950s that has only just been translated into English.

When I returned to Lewes I found a large pile of cards on the doormat, two of which were 'round robins'. I can only assume that they were sent in error, as I haven't been on speaking terms with either of the senders for a long time. One of the round robins was insufferably smug and depressingly banal in equal measure. The other was merely unintentionally annoying.

I hate round robins. I don't particularly want to know about people's wonderful holidays abroad or read about the progress of their home decorating (one letter informed me that the author's curtains were steam cleaned in August).

Also, as the father of a dyslexic child who is about to be screened for an 'Autistic Spectrum Disorder', the last thing I need is proud parents boasting about their perfect children. I'm sure it's very nice that darling Hector is happy at school and has just passed his Grade 7 Flute, but my son has just punched a hole in the wall and spent the best part of an hour screaming with rage, so I'm not really in the mood for tales of exam successes and artistic accomplishments.

One of the round robins informed me that:

2008 has been a rather fab year. Even all the building work was fun. Zoan (yes, Zoan) loved watching the diggers, climbing up the scaffolding (+up... +up!) while me and Pandora huddled ever closer as our living became smaller and more primitive. The wonderful transformation revealed itself just in time for the summer hols.

After an account of Zoan and Pandora's progress at kindergarten, the letter concluded by expressing the wish that 2008 'bought you joy, new possibilities, an opening mind + heart'.

The author of this letter is an extremely nice woman who is intelligent, considerate and self-effacing. However, even she could not manage to write a round robin that wasn't slightly nauseating.


I'm not a complete misanthropist. I like to know what's happened to people and it's great when a Christmas card is accompanied by a small note or letter, but I want them to be personal. I appreciate that writing dozens of letters is time consuming but if you value people enough to stay in touch, surely they're worth a quarter of an hour of your time?

And if people really do have too many letters to write, why can't they type up a standard round robin and customise each one to make it look like a personal letter?

Ha! I'm with you. Did contemplate doing a pastiche this year (for delivery imagine Joyce Grenfell): 'No dear, there's still no news on the book but let's keep calm and carry on in 2009 etc etc' All the best to you and yours.

I have mixed feelings too - it's nice to hear from people but yes Round Robins can be nauseatingly self-indulgent and lower one's former feelings of affection for the sender in a funny kind of way.

However I totally understand that life gets on top of people when it comes to writing individual personal letters these days. My redundancy situation almost led to my not sending a single card this year, though yes, I'm also guilty of putting the blog before keeping in touch with people, which is very naughty!

Sorry to hear about your son's problems Steerforth. I do hope he can receive good Cog therapy in your area or whatever the most effective therapy is for what he is finally diagnosed with. Must be very hard on yourself and the family though.

Oh, Steerforth! How you make me laugh, and how you make me cry! I have written a radio play, 'Grounded', based on a round robin. They are such brilliant examples of vulnerability posing as pride.

may I borrow your friends?...I'm resolving to make someone else's life a misery next year and looking for candidates.

Seriously - I am 'obliged' to send out cheery xmas communications to all my work contacts, simply to remind them that I am still in the industry and REALLY require more work and new commissions, if I don't - I tend to drop off the radar - I keep a list of the ones that reply.

Last year I sent out a bar of expensive high coca fair trade chocolate wrapped as a card with a personal note to 40 people.....I only received a handful of acknowledgments - several of which could be described as 'complaints' - including a request for a dry cleaning bill 'as she managed to get chocolate on her suit whilst eating it', two women who blamed me (quite angrily ) for ruining their diets, and a person who returned their because she was convinced it was poisoned or laced with laxatives.

This year...I sent out exactly the same.

I made the mistake of writing to my brother and sister this year in response to their own nauseating round robbins, and not writing cheery guff - but describing the current state of my industry, my lack of a central heating boiler and dour predictions for next year ( they did ask ) - although I made it clear I was myself, quite happy. I have not received a reply or any contact from either since early December.....bliss!

Next year I'd go for the laxatives.

Surely it's impossible not to hate anyone who calls their child Xoan? (Is that pronounced Christoan?)

I rather wish I had some friends who sent round robins, as they are undoubtedly great entertainment - not to mention, as Simon Hoggart has discovered, an easy way to book royalties happiness without having to actually write one yourself.

It's always easy to hate from a distance, but once I got to know the mother of Xoan (pronounced Zo-an, which is a popular name on the planet Orion 5) I realised that she was relatively free of vanity, arrogance or malice.

At that point I knew we'd never become friends.

Oh, and are you going to tell us more about The Darkroom of Damocles (link notwithstanding) - or am I going to have to pick the damn thing up from my pile and read it myself?

Yes, and everyone knows it should read 'Pandora and I...'