Notes from the Underground...

Twenty miles east of London, in the heart of the Essex countryside, there is a fairly innocuous-looking building which is surrounded by a small wood and several dozen acres of farmland. 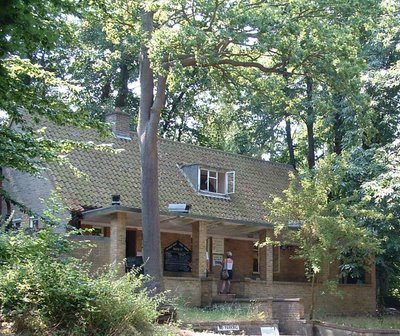 There is nothing remarkable about this building on the outside. It looks like a poorly-designed 1950s bungalow, but once you enter the front door it becomes a different story... 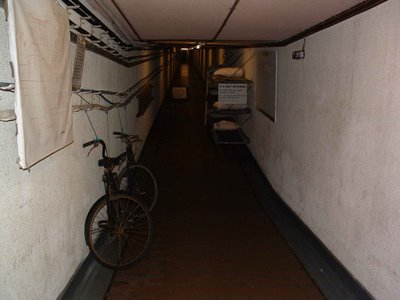 A long tunnel takes you into the heart of a bunker that would, in the event of a nuclear war, have been the seat of the British government. It was decommissioned in the early 1990s. The optimist in me says that this was due to the end of the Cold War, but the pessimist wonders if they didn't build a better bunker somewhere else.

Kelvedon Hatch Bunker is now owned by the farming family whose land was compulsorily purchased by the Government in the 1950s and they have turned it into one of the strangest tourist attractions I have ever visited. 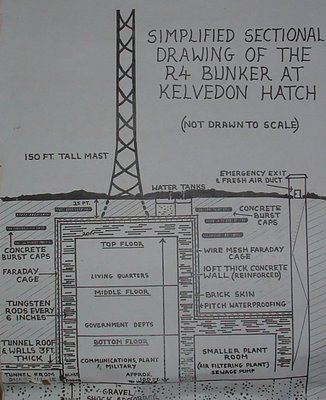 I arrived at the lowest level, which housed a huge engine room. The machines contained everything necessary to ensure that several hundred civil servants could survive a nuclear attack, hermetically sealed from the outside world. There were generators for electricity, air filters and water pumps, plus three months' worth of diesel fuel. 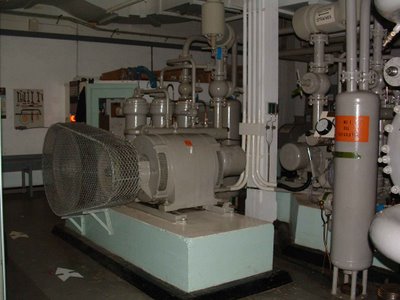 The room below contained equipment named AWDREY - a cosy acronym for something utterly chilling - Atomic Weapons Distribution Recognition and Estimation of Yield. 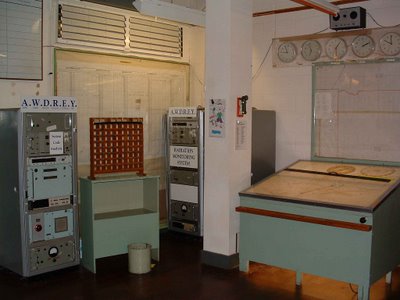 The AWDREY room also had wooden pigeon holes for staff to store index cards. One row was headed Fatalities, another said Casualties and I tried to imagine the bunker's personnel calmly going about their business, filing the information in the wake of a nuclear holocaust. With the possible exception of the Prime Minister and a few senior staff, no-one was allowed to bring their family with them. How could anyone work in this environment, knowing that their family and friends had either been killed or were suffering from radiation sickness? 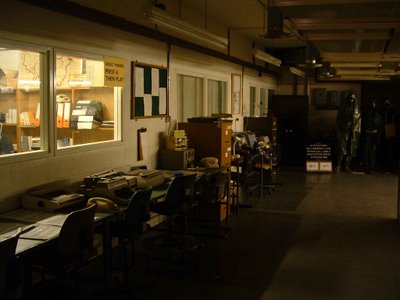 The larger rooms contained row upon row of desks. Some were divided up into ministries with one chair for each. Others were allocated to the armed forces and the police. I also noticed that there was a room for the BBC to broadcast reassuring messages to the nation and a surprisingly spartan bedroom for the Prime Minister with a large map of London on the wall. 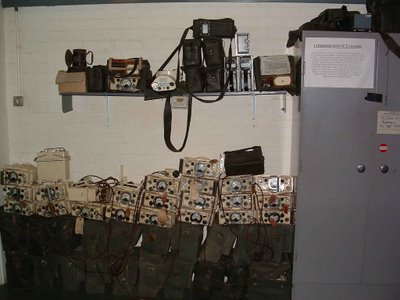 With only three months of fuel, the bunker's inhabitants would have to venture outside at some point and there was a plentiful supply of fallout suits and geiger counters. What would they have found once they opened the protective hatch? Research suggests that London and the surrounding area would have been heavily targeted with casualties in the region of 75% plus and there would be little, if no infrastructure for the entombed ministries to govern.

Why was Kelvedon Hatch built? Was it just a strategic tool in NATO's attempt to convince the Soviet Union that it meant business, or did the British Government really think that they could successfully wage a nuclear war and restore some vestige of civil authority afterwards? Either way, it was a terrifying place. The current owners decided to enhance the ambience by playing sound effects of telex machines, four-minute warnings and, in the hospital ward, recordings of men groaning in agony. I do not normally suffer from claustrophobia, but after an hour underground listening to the sounds of bombs and the wailing of the dying, I decided to give the gift shop a miss.

Leaving the bunker was one of the most moving experiences of my life. I walked down a long, dark, corrugated metal tunnel. In the distance the daylight was a brilliant, blinding white. As I emerged from the tunnel I felt the warmth of the sun on my face and saw that I was on the edge of the woods. The world was still here. It is difficult to write this without sounding sentimental and crass, but as I looked at the grass and wild flowers I felt an immense relief and gratitude that affected me for a long time afterwards.

If you fancy a great day out with fun for all the family, visit Kelvedon Hatch's web site for more information.
Posted by Steerforth at 9:18 pm

Like you I do not wish to sound crass but I felt much the same after a week underground on jury service in a rather horrible drug trafficking case.

Those of you familiar with Her Majesty's Courts [in whatever capacity] will know that the majority are without natural light.

I spent a good while after we delivered our verdict outside , looking at the sky; angry, angry, angry.

The words that came most clearly to my mind were from War of the Worlds; when the survivors come up out of the sewers - "And oh, the sweetness of the air".

Thank you for pointing me to this post: fascinating stuff, and quite moving, too. It also reminded me of that scene in 'Threads' where the public servants are all work in their bunker and then the roof falls in, killing them all. We were actually shown 'Threads' in class by our English teacher--I don't think I ever quite recovered from that.