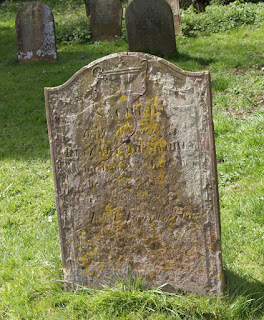 Another year nearer the nameless terrors of the grave, to quote a friend's card. My mother has spent the whole week in a state because she can't find a birthday card in Lewes that says 'Son' on the front. My wife has tried to convince her that I'm not bothered, whilst reassuring her that I nevertheless loved all of the cards that did say 'son'.

My mother buys me the cards that she thinks are 'nice'. They always have some sort of pastel image on the front and 'Son' in gold lettering, with a cloyingly sentimental verse inside. I usually end up feeling slightly depressed by the fact that if she really knew me, my mother wouldn't give me these cards. But I'm also touched by the fact the fact that the words really mean something to her.

One year, I decided to give my mother a card that I thought was beautiful and spent a long time choosing it. The following week, my father took me to one side and told me that she was very upset to receive a card that said 'Mother' instead of 'Mum' and had no verse inside. I learned my lesson and now look for the soppiest birthday card I can find. Sometimes I delegate the task to my wife.

Every year, my mother tells me how much she loved the card, particularly the "wonderful verse". 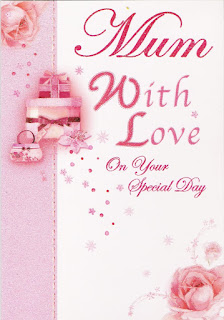 I hope that when my sons are older, I will be interested in them enough to send a card that shows some insight into the adults they have become. My mother is lovely in so many ways and I'm lucky to still have her, but her lack of interest in my life can be breathtaking. I once rang her from Death Valley and explained that the temperature was 110f. She replied "Well, there's been a heatwave in Worthing."

When asked what I wanted for my birthday, I told my wife that I really didn't mind as long as it was a CD of music by someone whose first name was Franz and surname began with Sch.

But nothing by Schubert, please.

Undeterred, she managed to find these: 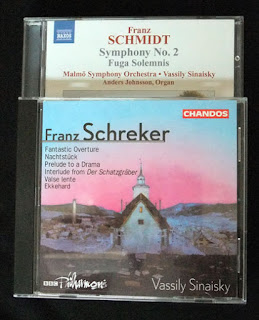 For a joke, I told someone that I was working through the classical repertoire alphabetically and was now on Sch. The look on their face told me that I had picked the wrong person. In some corner of Lewes, I will now be known as the man who hasn't listened to Tchaikovsky yet.

Both CDs contain some of the best music I've heard for a long time and the beginning of Franz Schmidt's Symphony No.2 is one of the most beautiful, life-enhancing openings you could wish for:

Franz Schmidt didn't have the happiest of lives: a feud with a rather vindictive Mahler, a wife who went insane and a daughter who died in childbirth all contributed to his growing alcoholism. But his music betrays little of this and I particularly like what one critic described as its 'fulgent' orchestration.

Fellow Austrian Franz Schreker's life also ended tragically, when his career was bought to a standstill by the Nazis - he was half-Jewish. According to Wikipedia,  "In his lifetime (Schreker) went from being hailed as the future of German opera to being considered irrelevant as a composer and marginalized as an educator." He died in 1934, two days before his 56th birthday.

This is how good he was:


I have clearly struck gold with the Franz Sch- stipulation.

Next week it's Schuman and Schumann.
Posted by Steerforth at 11:01 am

Greetings cards really do say such a lot about the sender. I spend hours looking for a mother's day card for my mum which conveys the coldest message possible without sounding like I've only recently got to know her. She'd die of embarrassment if I got her a sentimental one.
Happy birthday, glad your wife came up trumps with the CD choices, another thing which is easy to get badly wrong.
I enjoyed both pieces, maybe it's time to get into classical music properly. I think I preferred the second piece, possibly because it somehow left me feeling slightly uncomfortable. I tend to prefer music which has a subtle menacing undertone (which maybe that track didn't have, but I felt 'something' at least). A good sign.

The people who make up those vacuous and depressing rhymes for greetings cards get paid a fortune. They're never as bad as the poems on obituary notices in the local paper though!

Funny how it's not the thought which you have about someone you send a card to which counts, but the thoughts they think you should have. 'Mother' to me sounds respectful as well as loving - the sort of card an adult would send, whereas 'Mum' sounds a little casual - as well as more something a daughter or child would send. You can't win, eh?

Greeting cards can cause no end of problems. There are some very funny ones featuring a cartoon character named Maureen. Very sarcastic and often hilarious -- but I only know one person to whom I would dare send one.

Most of the time, I go for "straight" and convention, but not too flowery, in hopes that I won't give offense ...

BTW -- many, many happy returns of the day to you! All the best, Carol

'I once rang her from Death Valley and explained that the temperature was 110f. She replied "Well, there's been a heatwave in Worthing."'

You really are the Alan Bennett of the South Coast aren't you?

Lucy - Good for your mum. I think that these things can't be expressed in a banal, sentimental verse that goes:

Awful. They could almost be generated by the same computer that came up with those controversial t-shirts on Amazon.

Kid - I think it's a class thing. In my mother's world, it's always mum (or mam) - only posh people say 'mother'. To call my mum mother would be as good as saying that I didn't really love her. I don't understand it, but she's too old to change.

Carol - I don't give cards to anyone except my mother and sons, although I begrudgingly add my name to cards my wife sends. I find the whole greetings card industry baffling. My wife says I'm being grumpy. She's probably right.

Tim - More Gordon Bennett than Alan, but my mother would make a good stunt double for the late Mrd Bennett. Her comments about an aunt were pure Bennett:

"Aunt Bessie used to be able to read people's fortunes in the tea leaves, but she had to give it up."

"Why, did she see something bad?"

"No, they started buying tea bags."

Your friend's lugubrious greeting card sentiment reminds me of my favourite redemptorist hymn (found in a Victorian hymnbook retrieved from a jumble sale):

let me know when you get to schoenberg, I'd like to borrow your crib notes.

I used to scoff at the garish kitsch of the kind of cards my mother also insisted on - the more sentimental the better, then several years ago I was at a suburban railway station and a small bunch of flowers had been carefully tied to the fence adjacent to the platform, clearly the site of some tragic incident - and pinned to the flowers was exactly the kind of card I hated "to my darling son" in flowery gilt script with pink and purple roses. It was heartbreaking. I've never been able to look at them since without remembering how much grief must have been invested in that card.

Re: the cards - it's the fact that the words have always meant so much to my mother (and father) that makes me feel guilty when I see her carefully scrutinising the awful verse. But I've come to accept that my role is simply to do a reasonably good impression of the son she wants me to be. Also, I'm genuinely touched by the sentiment behind the sentimental.

Dale - That sounds fair enough to me.

You're not grumpy, Steerforth. The greeting card industry can be a real pain. Especially when it's cheaper to buy the card than it is to pay the postage to have it mailed, as is the case now.

But I persist in sending them because I look upon it as a public relations gesture for my husband's large, extended, and very close knit family. They're wonderful people and have treated me very, very well over the years, and if anyone has earned a greeting card, they're the ones!

Your mother-card dilemma is very poignant but I am now distracted by worrying about what you could possibly have against Schubert?

Carol - I think they're great for keeping in touch with distant loved ones, particuularly in the pre-email era. I remember the excitement of getting a letter with a foreign stamp on the front.

Zoe - I've nothing against Schubert - I particularly love Winterreise - but I already had everything I wanted by him.

Steerforth -- the Schmidt is lush and full of texture. Thanks for posting;
I hadn't known his work. His sound is in a fascinating place betwen the Romantic and the modern. I couldn't help thinking one of my favorites, Barber, might have been inspired by him.

Chris - I love Barber too, particularly the Violin Concerto. I would be interested to know if he had been influenced by Franz Schmidt, as there is a strong lyrical element with both composers.

Relief. In Winterreise, I particularly love The Elf King

Yes, some masterly key changes and a real sense of momentum. I can't think of Schubert without wondering what else he would have composed if he hadn't died at such a ridiculously young age.