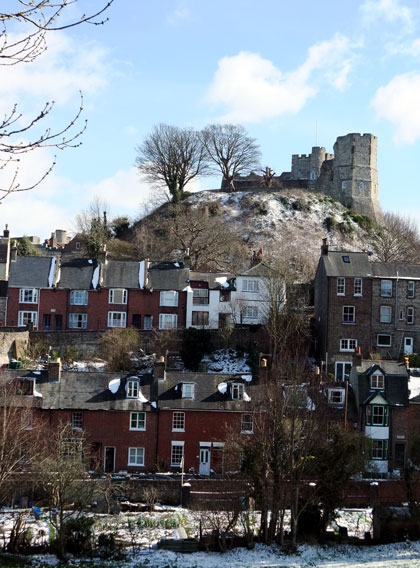 Today began with an ominous silence, as a light dusting of snow had bought Lewes to a standstill. I'd been planning to take a van up to Berkshire, but the BBC News website showed footage of abandoned lorries in snowdrifts, with people saying that they were "disgusted" that this freak weather hadn't been anticipated.

Later, the snow had thawed enough for me to drive to work and deal with the orders. When I arrived, the cows looked at me imploringly and mooed in unison. It's becoming quite oppressive. I don't know what they think I can do.

Many people would regard the process of picking and packing the book orders as quite tedious, but I find it endlessly fascinating because of the surprises it brings. When I put the books on sale, I often have a certain idea of the type of people who might buy them, but half of the time I'm completely wrong.

For example, the 1970 Bunty annual that I expected to sell to a woman in her 50s is ordered by a man called Mohammed Al-Ahmed, whilst the pulp Wild West novel that I thought would be bought by a man called Len in his 60s, ends up being posted to a woman in Slovenia. I given up trying to guess who will buy the books (and can anyone tell me why nearly seventy percent of my Biggles sales are to Australians?).

If high street bookselling often gave me a disappointing glimpse of humanity, this is the antidote. It is hard not to feel an affection for these strangers, with their secret passions and ecclectic, eccentric interests. When I pack the books I wrap them carefully, as if they were presents for a friend.

One important lesson I've learned is that no book is too dull to put on sale. Why anyone would want a 1929 book about the industrial processes behind the manufacture of condensed milk is beyond me. I also find it hard to see the appeal of a 1957 book on electricty substations. Surely, it's horribly out of date, unless there's an electricity substation nostalgia market. But both titles were snapped up.

However, there's just one book I just can't shift, even though I've reduced the price several times: 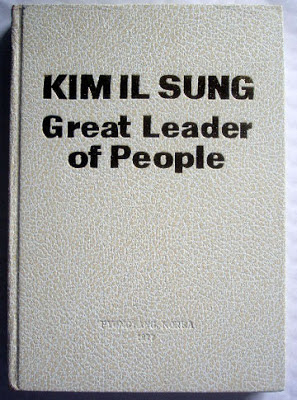 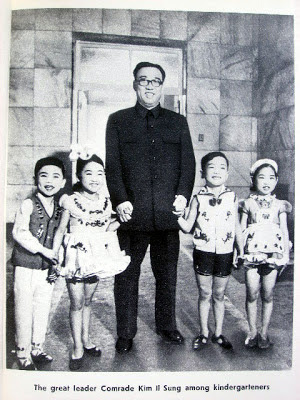 The front cover's a little spartan, but he looks like a friendly chap. Any takers?
Posted by Steerforth at 6:48 pm

Did you consider asking the buyers why they want to buy it?

You could add an optional field called "I'm curious...why are you interested in this obscure book?"

Could the Australians be expecting something by their honourable Cultural Attaché Sir Les Patterson?

We sold a copy of "Biggles in Australia" not long ago

Actually, yeah, I do know someone who might be interested, although they'd be more interested if it had been Kim Jung Il. Have you ever posted the link to your sales website on the blog?

Luis - In a sensible world of sane people, that would be a good idea. But I am an emotionally repressed Englishman and shudder with horror at the idea of asking a question as direct as that.

Rog - Perhaps they're all expats who left Britain in disgust at the lack of Bigglesian values since the end of the War.

Mrs Jones - No, I will never post a link. I don't like to mix business with pleasure.

Re: the Kims, I'm waiting for the Kim Jung II Panini sticker album, but haven't seen anything yet.

I've said it before, but I really do think a sideline in comedy greetings cards made from images such as the one of the 'great leader' with some adoring followers could boost your income.
It's quite possible that the real reasons people buy some of the more obscure titles are incredibly dull. There's a fashion for displaying books in a rainbow fashion according to spine colour. I've seen a few bloggers picking up books because they're the right shade of violet to complete the spectrum.

Is the current dictator the gormless little oik on the left?

At least some of the out of date and incredibly boring books are going to history PhD students. I have a number of books like that, because they're the only ones that have the boring but specific information I need to make the more interesting stuff make sense.

Lucy - Yes, I've noticed a bit of colour co-ordination on some people's photos of their bookshelves. As I'm a bit OCD, I avoid arranging my books and CDs, as I know that that way, madness lies.

Greetings cards are a good idea - the market is a bit saturated with humourous captions underneath old photos and images, but I suppose they have to keep refreshing the range.

Carol - Poor child! I don't know, but I think they're just ordinary children (if such a thing exists in North Korea). Porky was already a teenager when this photo was taken.

Helenalex - Perhaps someone was writing a dissertation on the history of condensed milk, 1925-30.

If I'm typical of women in their 50s, we've already read all the Bunty albums we could ever want (while eating Opal Fruits [inexplicably still in existence but under a new name - was there some terrible Opal Fruits poisoning scandal I missed?] at the launderette in my case). Extremely heartening to learn there are no takers for the Supreme Leader's rubbish. Do the cows perhaps need milking?

Steerforth, was the substation book well illustrated with photographs?

If so, then I can imagine all sorts of people who might be into it, not least weirdos like myself who find old technology visually appealing. All those slabs, cables, pipes and oddly shaped lumps of metal and ceramics - it's art, dammit!

Then there are yer model makers - particularly railway modellers - who want a bit of authentic period detail. Pylon fans and spotters exist; I can see the appeal to them, as a sort of extension of their hobby. Electrical engineers who are interested in the history of their profession. Industrial archaeologists. Collage artists. All sorts.

I regularly amuse my local 2nd-hand bookshop owner by my choice of boring old technical book. To me the appeal is obvious, and many of those old photographs, technical drawings and etchings are beautiful. I mean, look at these - they're gorgeous!

They're interesting as artefacts as well, I think. All those huge structures and blots on the landscape that we moan about but seem to accept as being inevitable, a part of nature almost - well, these books are a peek into the world of the people who *put* them there.

I could go on about this sort of thing for ever but I think I'll stop now before I start to sound like a complete lunatic.

You might be interested in this recent New York Times piece on Toronto's Monkey's Paw bookshop. A wonderful, wondrous place.

Zoe - I'd be careful. The last time I wrote something rude about the Kims, it mysteriously disappeared from Facebook. They're obviously monitoring us, so I'd never call the new chap Fatty or draw attention to the fact that although they can launch rockets, they can't feed their own people.

As for Opal Fruits, I'm not sure why they've been rebranded as Starburst, unless it's something to do with Europe, in the same way that Marathon became Snickers. It makes me very cross.

As for reading all the Buntys when you were young, don't you ever want to revisit the world that made you the person you are today?

Bollops - I'm not immune to the charms of electricity substations - I'm particularly keen on the ceramic plates - and have an excellent book called Infrastructure which compares different pylon designs, amongst other things. I'd strongly recommend it - the author's Brian Hayes (sadly not the LBC phone-in host). I often visit Amberley Museum and marvel at its collection of electrical items.

I also get very excited by bridges.

Brian - Thanks for the link to the inspiring article - I completely agree with the owner and find it heartening that his vision is commercially successful. The only way the bookshops can survive is to recognise that they are indeed a "church of print" rather than simply a retail outlet for books. Sadly, the last company I worked for in high street bookselling - Waterstone's - went in the opposite direction and nearly went out of business, until they were bought by a Russian millionaire.

If you ever come to England, I'd recommend 'Much Ado Books' in Alfriston, Sussex - run by an American couple who moved here ten years ago, it's the antithesis of the bland retail chain store.

In the meantime, Toronto here I come!

The condensed milk book could have been useful for someone writing about 1930s factory work, or the rise of processed food, or some wider issue involving the building of a condensed milk factory. I suppose I've also trying to justify my ownership of a book on the history of the New Zealand meat industry.

I was just wondering if you'd recommend 'Much Ado Books' to someone looking for vintage Penguins, because I am in England at the moment and trying to visit as many interesting Penguin-stocking book shops as I can.

Karyn - I'd strongly recommend 'Camilla's Bookshop' in Eastbourne - about ten minutes' walk from the station. It has (or had - I'd phone and check, as it's five years since I've been there) a huge section old old Penguins.

Sorry, that should read "of old Penguins."

Of COURSE there's an electricity substation nostalgia market. I bet there's a Flickr group... http://www.flickr.com/search/?q=electricity%20substations Some of them are architectural gems! (The only thing about that Kim Il Sung book is the typeface.)

But what has emotional repression got to do with the Englishman's inability to ask a direct question? Ils sont fous, les Anglais!

Richmonde - I'm sure you're right about the substations. Perhaps I protested too much, in denial of my own secret sub-station passions.

As far as the point about asking direct questions goes, that's a whole blog post in itself. I suppose asking those questions in such a direct manner would make me feel vulnerable, if that makes any sense?

Thank you for the book recommendation, Steerforth! It does sound right up my street; I shall keep an eye out for a reasonably priced copy.

I'm quite partial to a footbridge.

Thanks for the recommendation of Camilla's. It was such an interesting bookshop and I can confirm that it still has an extensive range of very inexpensive numbered Penguins downstairs in the basement, so I had a lovely afternoon browsing through their stock.

Great - I'm really glad that Camilla's was worth a visit. 'Much Ado...' is a wonderful bookshop, but I don't remember them having many Penguins.