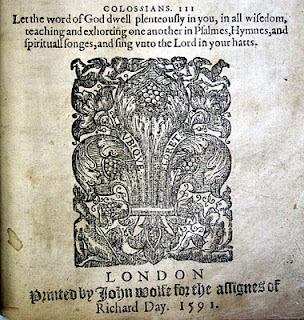 I never find it easy revisiting old workplaces. Even when I've left under amicable circumstances, there is always an underlying awkwardness; almost like a meeting between former lovers. Behind the broad smiles, there is a subtle game of one-upmanship, with each party trying to demonstrate how much they've thrived since the split.

A few weeks ago I returned to my last workplace to collect some stock. The department I'd created had now moved to a separate building and apart from one familiar face, the staff were all new. I felt as if I'd been erased from history.

I wondered why the managing director had offered me my old job back a few months ago. The new building appeared to be well-organised and the staff seemed more industrious than ever. I felt slightly disappointed to see how well they were doing without me.

People looked up with expressions that said "Who on earth is he?" and I couldn't wait to leave, but decided to make some polite conversation first.

Before leaving the job, I'd told my successor about some unique items that we'd found: a 1591 Bible, a box of 17th century books and a collection of Victorian photo albums. I'd been tempted to take one of the albums with me, but it wasn't my property. I'd often wondered how much money the Bible had sold for.

"How did you get on with the Elizabethan Bible?" I asked.

There was an awkward silence for a few moments. "Er...we lost quite a lot of stuff during the move."

It now seems that the 1591 Bible, the Derek diaries and the Victorian photo albums weren't saved from oblivion after all. They merely enjoyed a brief reprieve.

I'm sure you can imagine how I felt.

I'm relieved that I made some high quality scans of the best of the photos. Many of the images have been shared on a number of websites, so the album survives, in a way. You can see the original blog post here and the full album is on this Flickr page. 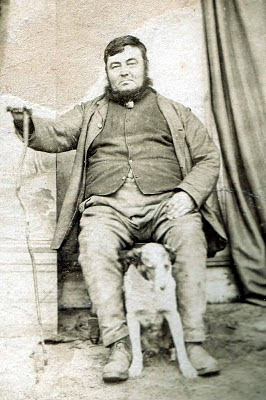 Sadly, poor old Derek hasn't been so lucky. His countless foolscap binders of carefully typed A4 diaries have been largely consigned to oblivion. 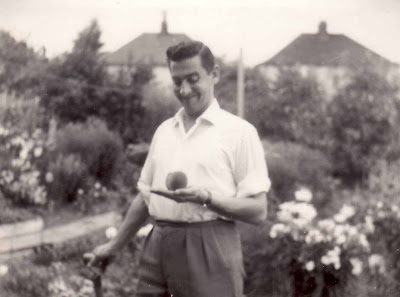 I say largely, because I do have a little of Derek in my attic. I felt able to keep some of his diaries because they had no financial value, so there is probably one more Derek post in the pipeline. I owe him that.

I feel haunted by the loss of the Bible and although I'm glad that I scanned the Victorian photographs, they feel anchorless without their original album. As for Derek, I'm sure that his complete diaries could have been turned into a good book by an experienced editor (however, I should add that finding the extracts I published was rather like panning for gold).

Ironically, I now have enough storage space for thousands of Dereks, but hardly ever come across gems like these any more. Perhaps that will change when I find new suppliers.

There are dozens of recycling companies all over Britain, largely staffed by people on minimum wage, working at great speed. They don't have the luxury of stopping to look properly at the tonnes of sacks and crates that arrive daily. If it's a book, save it. If it isn't, chuck it.

I try not to think about the things that are thrown away. One day, when my business is on a more secure footing, I hope that I can devote more time to saving some of this ephemera, making the best of it available online.

People's lives shouldn't be casually thrown into a skip. 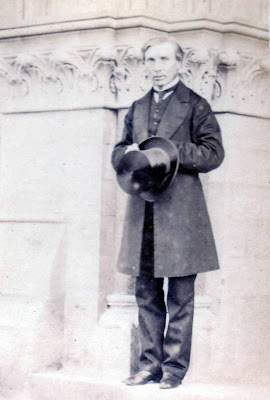 Posted by Steerforth at 6:11 pm

You must have been crestfallen by that discovery. No chance someone sold it on, with the pretence it had been 'lost'?
We've all possibly thrown out or overlooked something of value in our time, but hopefully through ignorance or naivety rather than carelessness. My aunt Marie threw out a taxidermy squirrel once which she later found out was highly valuable.
Being in a rush/on minimum wage shouldn't be an excuse to become blinkered and take no interest or care in your work.
Sadly, I noticed the same drop in standards in the ten years I worked in special schools. Qualified, dedicated and experienced staff were replaced with people 'between jobs' or just doing something with good holidays. Temporary contracts and a high turnover of staff made a huge difference in the care standards, a sharp drop.
Maybe you'll be in a position to share your expertise and passion with some 'apprentices' over the next few years, and at least some undiscovered gems or rare valuable tomes will be saved.

I couldn't view the videos on your last post, but I do hope a more settled period for your family awaits. I cannot think of a more worrying prospect than not being able to care for the family, so Mrs Steerforth has my sympathy for the worry she must have experienced with the initial diagnosis.
The outlook seems more positive, hope this continues to be the case.

I agree with you about trying to save these things - all should have been saved.

I can see that from the point of view of your former employer, the diaries were probably worthless (in money terms) at least without a lot of work. So not surprised they ended up being lost. But the other items presumably had some financial value and "losing" them reeks of incompetence (or possibly, theft). They should be quite concerned about either.

People's lives shouldn't be casually thrown into a skip.

Too right. I feel very sad about this.

As for the Elizabethan Bible ... words fail me.

I'm reminded of an old volume I uncovered last year at our public library's bi-annual book sale. A memoir of one of the area's earliest settlers, not only was it an uncommon title - one hit on WorldCat - this particular copy was inscribed and annotated throughout by the author. I did what I believed to be the right thing by walking it over to one of the librarians, suggesting that the town's library would be a more appropriate home than would mine.

Six months later, I ask the same librarian about the tome and am met with a blank stare. I hold out hope that it was returned to the sale and bought for $1.

As for the Elizabethan Bible... well, I like to think it was stolen and so survives. But who steals a Bible?

Chances are good that these items 'walked.'

Unfortunately, losses are what make things rare and valuable.

Thank you for caring enough to try and save at least some of these things. The loss of the Derek Diaries is an enormous sadness but it's a blessing that you shared a few posts about him with us because he will now live forever on the internet (as long as you don't delete your blog!!)

Lucy - I've always had a hankering for a stuffed squirrel or a pike in a case, but the idea has been firmly vetoed. I agree that being in a rush or a low wage shouldn't be an excuse, but I think some people in senior management actually feel threatened by the commitment and dedication of long-serving staff and prefer a 'revolving door' approach. It's a great shame.

David, Camilla, Brian and Séamus - forgive me for replying to four people at once, but you've made similar points. I don't think the Bible was stolen. I can quite believe that it was genuinely lost during the chaos of moving to a new site. Also, my successor was taken ill and may not have passed my information on to anyone else.

However, I'm still frustrated as I spent my last week there getting everything in order, making sure that the valuable books were easy to identify. Also, I've just spent the last couple of weeks moving 7,000 books and we didn't lose a single title.

Oh well, you live and learn.

Thanks Mrs Jones - Apparently my blog is being kept on a hard drive somewhere in the British Library, so even if I press the wrong button on my smartphone, Derek will endure!

I've just received umpteen spam comments, so I've had to turn on the annoying word verification. Sorry about that.

Oh no! Poor Derek. At least there are a few of us who have grown fond of him and his writing though...


on the subject of work one-upmanship and being erased from history, have you seen A Visit From Miss Protheroe, the Alan Bennett play? Quite wonderful...

No I haven't. It's not on YouTube, so I now have an excuse for buying 'Alan Bennett at the BBC'.

Of course, the bible could still be out there somewhere in responsible hands......and word verification is often highly entertaining and could even be used as a writing prompt. I rather enjoy the new number verification which blogger adds on these days, they are often quite pretty French house numbers.

I've been slowly working through Bennett at the BBC. It is as good as you're probably hoping... Am thoroughly enjoying it.

I guess Thomas Wolfe was right, and we can't go home again....sorry about the Derek papers and the Bible. You're right -- it seems a shame.