An Alphabet of the Empire 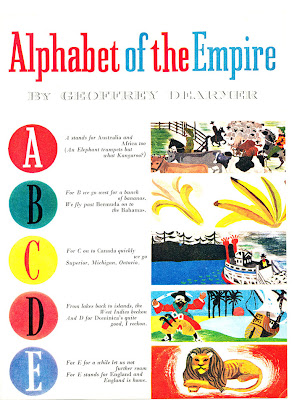 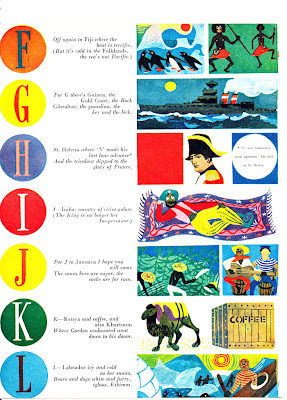 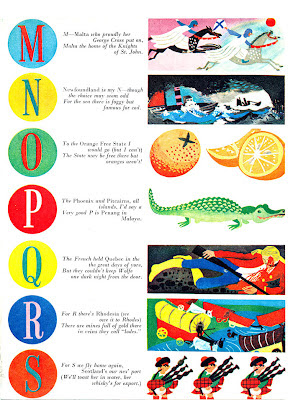 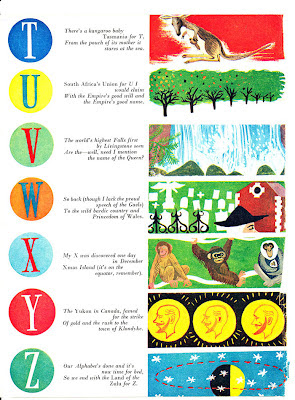 Posted by Steerforth at 4:24 pm

The Scots and Welsh will be overjoyed to discover themselves in there between Pitcairn Island and Tasmania.

At least they weren't completely ignored, unlike New Zealand.

Ah yes, the empire. We had one once, you know.

No N.Ireland either that I can spot... It's colourful though.

A lovely reminder of a simpler time. Having grown up in Canada at a time when we still sang "God Save the Queen" and the flag incorporated the Union Jack, it makes me nostalgic. I know time marches on, but progress can be a mixed blessing ...
Thanks for sharing.

I have such mixed feelings about the British Empire, which is why I didn't write any text for the post.

The hair shirt, post-colonial attitude of shame on the part of many bon penseurs seems as banal as the naive delight in Britain's pre-eminence a generation earlier.

I should add, if I'd be born a couple of generations earlier, I would have been up for wearing khaki shorts and a pith helmet!