Grey is the Colour of Hope 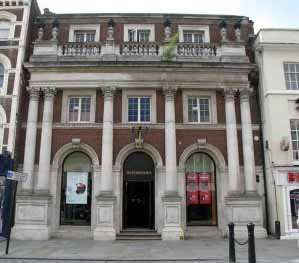 I popped into the Colchester branch of Waterstone's this morning to see if the recent change of ownership had made any difference. At first, it looked exactly the same, but then I noticed that the shelves seemed much fuller and there were very few annoying posters with banal bylines.

I suppose it was unrealistic to expect anything dramatic; after all, James Daunt's only been in the job for a couple of months. I shall have to go back later in the year.

I must have been scrutinising the shop a little too conspicuously, as a nervous-looking assistant made a beeline for me and asked if I needed any help. I think they thought that I was a mystery shopper. I was tempted to play along and start asking ridiculous question, but thought better of it.

I've never been a mystery shopper, but I used to pretend to be a restaurant critic. I'd dress smartly and turn up with a small clipboard, pretending to surreptitiously take notes which I made a great play of concealing every time a waiter approached. After ordering, I'd inspect the loos and ensure that I 'accidentally' walked into the kitchen, scanning the surfaces for any signs of dirt. As the evening progressed the waiters became increasingly attentive and at some point, I'd invariably end up getting at least one free drink (a decent one, not a thimblefull of Bailey's).

At the end of the visit, the waiters would wait by the door and, with anxious smiles, ask me if I'd had an enjoyable evening. I'd nod knowingly and reply "A very enjoyable evening indeed." Their relief was palpable.

Was that wrong? I never actually claimed to be anything I wasn't; I just let people infer it from my behaviour. Either way, it was good fun.

But I digress. Returning to Waterstone's, the shop looked good and it was packed, so perhaps there's still some hope for the high street bookshop. I hope so. The way everyone is talking about the 'Kindle', it feels as if the question about the demise of bricks and mortar bookselling is not if, but when.

However, I have uncovered evidence of a failed attempt at Kindle-style reading from the 1940s: 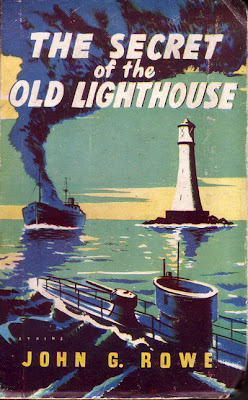 This book was published during the Second World War and although it looks perfectly ordinary on the outside, the contents reveal a bold new initiative in the publishing world. Black on grey: 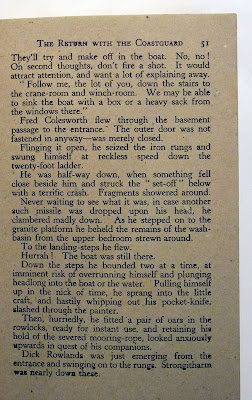 And that was the end of that. The book industry had to wait another 65 years before the Kindle made grey backgrounds acceptable.

But sometimes grey can be good: 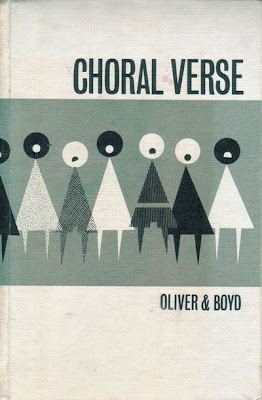 I love cover designs like this from the 1960s, which have an elegance, simplicity and wit that has never been surpassed. In this post, Richard from Grey Area posted a comment that pointed out how much work went into creating such seemingly effortless designs.

Just a few years before 'Choral Verse', dustjackets like this were the norm:

This is a sex education book for young people from the late 1950s. I'm no expert on these matters, but I would have thought that the first thing they could do is take their raincoats off.

But I mustn't mock. It's actually quite a good book, full of dangerous, radical ideas, like trying to see things from the woman's perspective.

I'm not sure if these women needed any advice with delicate matters: 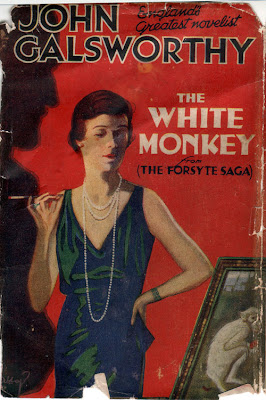 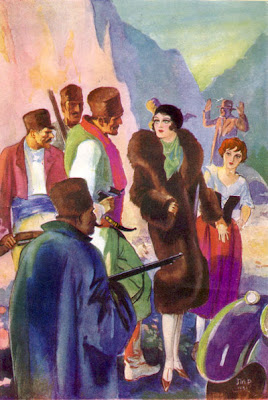 In the second picture, the urban sophisticate deals with a group of 'brigands' with barbed wit and condescension. I've tried that approach too, but with more mixed results.

There's something very appealing about the demi-monde of the period between the wars, but I'm also attracted to the innocence of children's book illustrations from the mid-20th century: 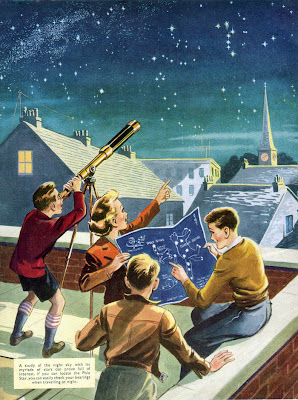 I expect that these children were called Peter, Joan, Colin and Kenneth and their parents didn't mind them sitting on the edge of tall buildings in the dark, because they were too busy getting 'tight' at the local yacht club.

Finally, four photos that turned up at work last week: 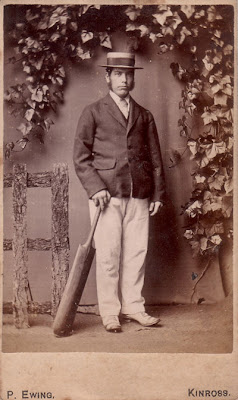 A very moody shot. Perhaps it's all a little too English for this gentleman. 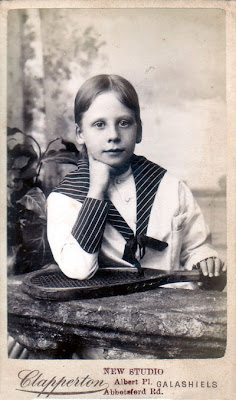 The sporting Scotsmen theme continues with this appealing portrait of a young boy. 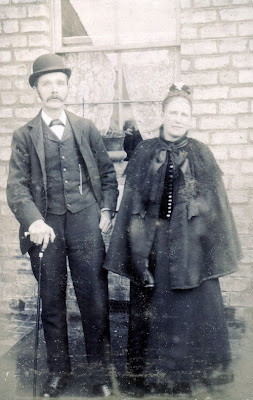 This couple are also from Scotland, but there's no evidence of any sporting activity. 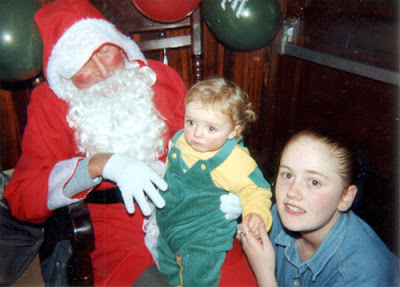 I'm not sure what effect this Santa would have had on the young visitors to his grotto, but I'm sure that it can't have been as bad as the New York department store that had a sign outside which promised: 'FIVE SANTAS. NO WAITING.'

Posted by Steerforth at 8:36 pm

The photo of the young boy is quite appealing. Someone - no doubt his loving mother - has taken pains to make sure he looks his best, his hair looks as though it has just been combed with a wet comb. My mum used to do that to my brothers to make sure their hair stayed in place.

I wish I'd thought of that. I might still try it. Now, where's my nearest Di Maggios?

The cover of 'He and She' brings to mind the film, 'A Kind of Loving'. You'd have thought the gloomy surroundings would be enough to dampen anyone's ardour.

I'm very fond of the He and She cover. Romance always begins and ends late at night by the bus stop. I reckon he deliberately altered his watch so she misses the last bus and has to stay at his bedsit. I do hope he left the clipboard behind when they went to the Beefeater for gammon, egg and chips (though I'm sure she had pineapple).

I think many bookshops are definitely in need of the odd mystery shopper to wake their ideas up, but let's hope Mr Daunt already has that and other initiatives in hand re turning Waterstones around.

I read today that sound effects are coming to Kindle soon, for readers who evidently lack all imagination, though how they will pace the sound effects with the speed at which someone reads is an interesting conundrum.