The following titles, all found today, are shining examples of how society has changed: 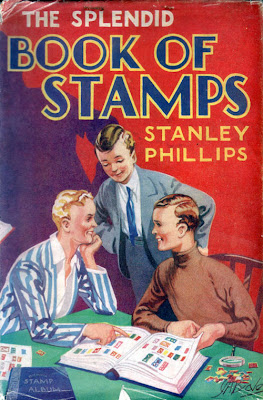 "I say chaps! I've hear that Jenkins has a 6d Rhodesia and Nyasaland - dark blue!"
When did the word 'splendid' become embarrassing to anyone under the age of 75? I've no idea. All I know is that my brain is wired to say great, brilliant or excellent without a hint of irony, but splendid can only be uttered in a Terry Thomas comedy voice. 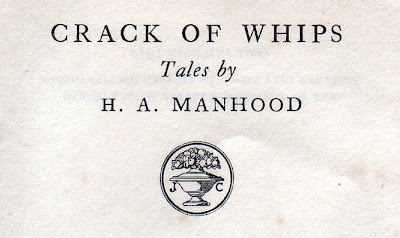 Manly tales by H. A. Manhood.
I'd never heard of Manhood, but according to this website:

"H. A. Manhood was one of the most highly regarded short story writers of the 1930s. His work was praised by John Galsworthy, Henry Williamson, Hugh Walpole and H. E. Bates, who was to become a good friend. His British and American publishers, Jonathan Cape and Viking respectively, thought so highly of him that they paid him a salary to give him the time and space just to write, a most unusual arrangement which demonstrated their respect for his work. His stories were in demand both from popular papers such as the Evening News and John O’London’s Weekly, and from more literary periodicals such as the London Mercury and the Adelphi."

Next, two titles that are horribly dated: 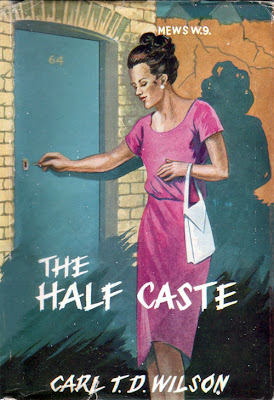 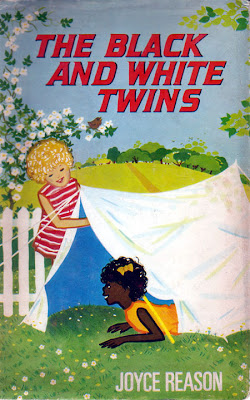 It's odd to think that covers like these were acceptable only half a century ago How far we've come.

Finally, it's not as kinky as it sounds: 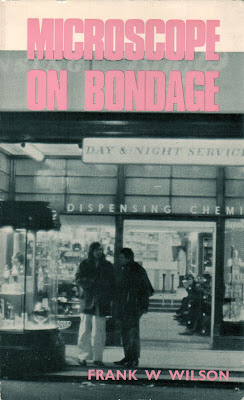 This is actually a Christian book about drug addiction, but I wonder how many middle aged men in dirty macs bought this in error, only to be bitterly disappointed once they'd got back home.

I wonder which of today's books will excite similar shudders of horror and embarrassment?
Posted by Steerforth at 6:28 pm

Times have indeed changed. I enjoyed the classroom film from your previous post. That chap ranting about speaking properly - what a strange accent, German, Welsh, then Glaswegian. Hideous covers for the two 'horribly dated' titles, such amateurish artwork. Bemusing title for the final book, 'Alternatives to Christianity' would have been more apt.
'Splendid' probably went out of fashion along with the name Pam, though I know two Pams under 40.
The boy in the middle of the stamp admirer handbook, he looks rather left out, with his high waisted trousers. The word 'gooseberry' comes to mind.

And I'm not sure how long the boy in the polo neck sweater's going to maintain his interest in stamp collecting. I think he'll soon switch to modern jazz and spirits.

One of my sisters lived in South Africa for many years while her children were young (this was in the 1980s). Her father in law used to make videos of them, which were posted back to us in Blighty; and they always came with his commentary over the top. 'Splendid!' was one of his favourite expressions (he is pushing 90, he was an RAF pilot in the war so he has an excuse). In our family someone only has to say 'Splendid!' and everyone else cracks up.

I know what you mean about the Terry Thomas phenomenon. I can't say that something is thrilling, without adopting his voice.

I, at 25, use splendid sincerely, but I do get some funny looks for it from time to time. As to what we see on book jackets today that will be indefensible in days to come - it's not so common these days right enough, but I've long thought future consumers will be horrified by smoking.

Funnily enough, I have a book by H.A. Manhood (signed and numbered) called The Three Nails. It's the story of a man who literally crucifies his wife, so the 'Crack of Whips' title is probably no fluke. He also wrote a book titled "Gay Agony", though whether this novel features whips or crucifixion, I don't know. I would have never heard of Manhood either, but the book I have was owned by Sylvia Plath and that's why I purchased it. Commence discussion about why Sylvia Plath owned a book about a man crucifying his wife..... :-)

You have a book that was owned by Sylvia Plath? I'm impressed! I wonder if she bought it before or after she met Ted?

Your right about the word 'splendid'. It just has to be done in a Terry Thomas accent! As does 'I say - steady on'!
'The Well Good Book of Stamps' doesn't sound anything like as impressive......

I couldn't take the film Gangs of New York seriouasly because the villain, Bill the Butcher- played by Daniel Day Lewis, looked just like Terry-Thomas. I was continually waiting for him to call his enemies "a frightful shower" and continually disappointed that he didn't.

Love that splendid book of stamps. And hey I resemble that remark, I collect Rhodesia & Nyasaland.

Yes, I found the Manhood book owned by Plath on Amazon.com a few years ago - purchased it from a guy who had a poetry bookshop in Cambridge, Mass. for many years. I collect first editions of Plath and Hughes, so I couldn't pass it up and it was amazingly low priced. It has a bookplate with her name typed on it (her personal books at Smith and the Lilly have the same bookplate in them), but no marginalia, alas. I've been trying to figure out when & where she purchased it, but the bookplate is from the '50s and she met Hughes in 1956. It was printed in England in 1931, so I'm guessing she may have acquired it when she was at Cambridge. I have 2 letters by Hughes, too. Yes, I am a poetry geek :-)