All Change at Waterstone's 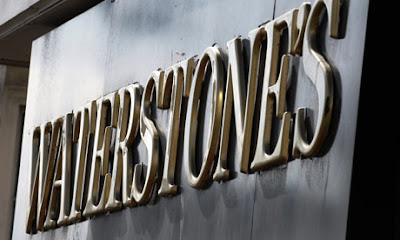 Although it's too early to put out any flags, I was delighted to read that the managing director of Waterstone's Booksellers has left the company immediately, following a disastrous Christmas that saw sales decline by 8.5%.

This is good news, because it will hopefully deal a severe blow to those people who think that bookselling is like any other branch of retail. Their experiment has failed.

Gerry Johnson joined Waterstone's as Managing Director in 2006, shortly before the company bought the Ottakar's chain of bookshops. The business had been going through a difficult time for a number of years and morale was fairly low, so when Johnson claimed that he wanted to create a new Waterstone's that combined the passion of Ottakar's with the efficiecy of Waterstone's, many booksellers and publishers had high hopes.

I worked for Ottakar's and felt quite pessimistic about my new employer but my boss insured me that I had nothing to worry about. "They've changed. It's all hearts and minds now."

Lacking any Plan B, I decided to stay and see whether the New Waterstone's would be as bogus and disappointing as New Labour. I soon received my answer.

Gerry Johnson seemed an unlikely choice for managing director of Britain's largest bookshop chain. With his high-pitched estuary accent and solid retail background, Johnson wasn't particularly bookish. On one occasion he unwittingly revealed that he'd never heard of "On the Road". However, Johnson was clearly a very astute and intelligent man, who seemed to have some good ideas for Waterstone's. So what went wrong?

As an insider, I felt that there were too many people in senior positions who didn't understand the book trade. I sensed an inverted snobbery on the part of these retailers and their attitude towards the store managers - many of whom were brighter and better educated - was defensive. The mangement were obsessed with systems, efficiencies and procedures, rather than focussing on the nebulous, but all important qualities that make bookshops magical places for both staff and customers.

Johnson's tenure should have seen a renaissance at Waterstone's, but instead we now have a business with rock-bottom morale and shops that are as dull as ditchwater.

The management problems at Waterstone's are symptomatic of a shift in the culture of many organisations during the last two decades, a change that has seen specialists replaced by generalists. In her recent book "Socrates in the Boardroom", Amanda H Goodall convincingly argues that academics make far better leaders of universities than managers. Not a controversial opinion, you'd think, and yet so many organisations reject the expertise of their staff in favour of outsiders.

The new managing director, Dominic Myers, is an HMV insider (HMV own Waterstone's). That shouldn't bode well for the future, but having met Myers I feel quietly hopeful, as he came across as a personable, highly intelligent man who actually gets bookselling. It will certainly be good to have Waterstone's managed by an English graduate instead of someone who confuses Jack Kerouac with Cormac McCarthy.

But even if Myers has the wisdom to radically change Waterstone's, will it make a difference or is the migration from high street retailers to Amazon and the supermarkets irreversible?
Posted by Steerforth at 7:32 pm

I saw this, erm, *change in resource*, as they call firings these days on the guardian website this morning & immediately thought of you. I do hope it's good news: Waterstones have some very good sites-the one on Chiswick High Street is immensely convenient for me, & I like to pop in to see if I can find something I fancy before impotent rage at the endless banity of the three for two stuff overwhelms me, & discovering they don't have *any* Trollope let alone Phineas Redux I stomp off back home and order it from Amazon, or, if I can bribe Mr T to give me the time out, I might nip up to Daunts, on Holland Park Road, which seems to be the last real bookshop in West London.
Anyway, what I *intended* to write was 'hear, hear', but then my one fingered iPhone typing appears to have just got a lot better.

I like this perspective. It's nicer to feel positive. As for me, I can't get a job in Waterstones for love nor money. ;)

I hated it when our Ottakars changed into a Waterstones and never went back. Luckily our small local independent bookshop was undergoing a Renaissance under its brilliant and determined owner and I can go there instead.

I normally defend Waterstone's against all charges as it remains the only bookstore in our city centre, but recently I've been depressed by its lack of range - rarely even stocking what I think of as basics such as new Penguin Modern Classics titles, and having, for example, only one or two Graham Greene titles - and the ominous presence of board games and DVDs in prominent display positions. So I hope for a renaissance too.

But I must object to the reference to Johnson's "estuary accent" as though this is a factor in his lack of "bookishness". I too have what you would probably consider a funny accent, Steerforth - sort of James Nesbitt or Peter Robinson, heaven help us - and it doesn't make me any more or less bookish than I already am.

Did you see Michael Holroyd's piece in the Guardian today?
http://www.guardian.co.uk/books/2010/jan/14/waterstones-michael-holroyd-expert-view

Thanks for the link - I'll have a look at lunchtime.

John, there's a difference between regional accents and ones that identify social background. Johnson's accent was incongruous.

It's amusing to see the URL of the Holroyd piece includes the phrase "expert view." Is an award-winning biographer an expert on selling books?

I don't want to flog it to death with the accent thing, but I'm still not sure what you're getting at, Steerforth. Isn't an Estuary accent a regional thing? Or when you say "incongruous," do you mean Johnson was putting his accent on, as people sometimes (wrongly) accuse Jamie Oliver of doing?

Either way, I don't really know what social background has to do with bookishness. With my working class Belfast upbringing, perhaps I shouldn't be bookish at all? Or perhaps I'm not but think I am?

Moving away from the controversial subject of accents, I've just read Michael Holroyd's piece and it was wrong on several points.

The original Waterstone's was a great place to work (and shop), but it wasn't that efficiently run and over-expanded, which is why Tim Waterstone had to sell it to WHS. He didn't retire.

Isn't there a Chinese proverb which goes along the lines of 'If you wait by the river long enough, you will see all your old enemies floating past.'

I quite agree about the corporatising of everything to its detriment. And don't get me started on 'the homogenisation of our High Streets'

I've struggled and failed to give a satisfactory answer to John's question about accents and been forced to conclude that I have an ugly, unjustifiable prejudice about "Estuary English" lurking beneath my liberal exterior.

This made me laugh; when I was very young I worked in a small independent neighbourhood bookshop which had been bought by the local florist, who was trying to move up in the world. she had an ex-Navy husband who used to wander in and out all the time; she was always overdressed, used to put on her accent (speaking of which), and lorded it over us all like nobody's business... & she didn't know who wrote Winnie the Pooh, or where to find James Joyce. She used to get me to "help" her subbing in new titles, in the guise of teaching me how to do it!

Ah, those were the days.

January 2011 I bought an iRiver eReader from Waterstones Norwich. Very please in February I bought another for my wife. March the first one stopped working. Saturday 26th March I return it to the shop and they did not want to deal with the problem and kept telling me to phone the HELP line*which does not answer on Saturdays. Eventually they accepted the faulty item and GUESSED it would be returned in 2 to 6 weeks.I was also asked to sign a form giving Waterstones authority to nogotiate on my behalf with SONY repair service.
I refused to sign away any of my statutory rights, left the eReader with them. I then sent an email to Waterstones customer service detailing my experience and requesting contact details of the CEO and Managing Director.
ANSWER from Waterstones: No apology, Yes my eReader would be prcessed in 7 to 10 days but because I had not signed the conditions of acceptance form it may be returned to me unrepaired if they find it is MY FAULT.
My request for contact information for CEO and Managing Director WAS COMPLETELY IGNORED.
With that level of customer service the future may not be bright for Waterstones.
D K Brock Norwich

Well D Brock, I'm no friend of Waterstone's and I'll be glad to see them taken over by a new owner.

They launched their e-commerce operation too late in the day, which should have been all the more reason to ensure that they provided excellent customer service. Instead, it has been a shambles.

I've shopped with Amazon for 15 years and I've never had a package go missing or arrive in anything other than perfect condition.