I have just had a long, hot bath in an attempt to remove a thick layer of dust and grime from a day in a warehouse. My days as a foppish aesthete are long gone; I could go to a working men's club and look them all squarely in the eye.

Most baths seemed to be designed for midgets, so two years ago I bought the largest one I could find and I can now enjoy the bliss of being fully immersed in water. As an added bonus, the tap sometimes drips a syncopated, atonal tune that sounds like the theme tune of The Time Tunel. All I need is a Saul Bass intro sequence.

I've spent most of this week in the warehouse, throwing books away. It feels counter-intuitive to consign books to oblivion, but the alternative is a building that is mostly full of crap. By throwing the MS-Dos manual from 1992 or the collections of Reader's Digest condensed books, I can make more room for the titles that deserve to survive.

As expected, I found a few gems, including these photos from the album of a Lincolnshire family: 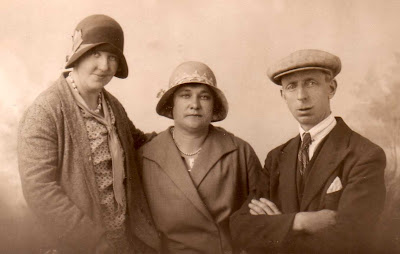 The first thing that came into my mind was "How Northern." It's not just the flat cap, but also the faces, particularly the man's. 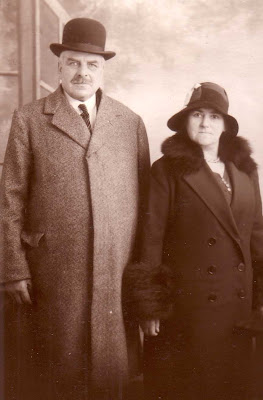 I wouldn't want to get on the wrong side of this couple. 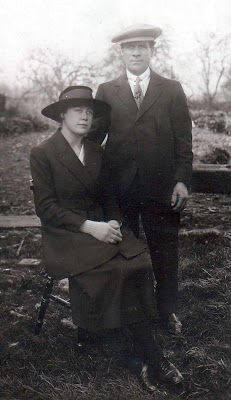 A suitably bleak, wintry background for this couple. The man is clearly a master of Ecky Thump (Wikipedia link added for the 90% of readers who will be baffled by this). 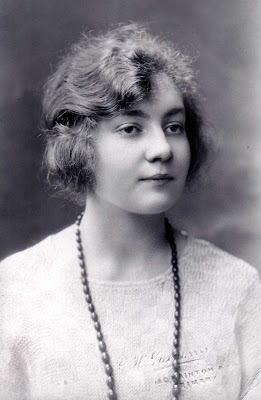 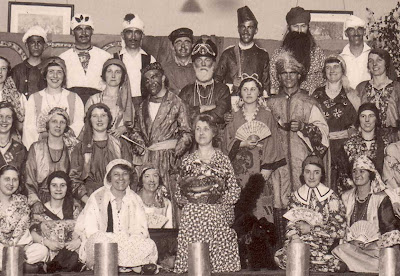 Here is clear evidence that, contrary to popular myth, Moslems successfully integrated into British society long before the 1950s. 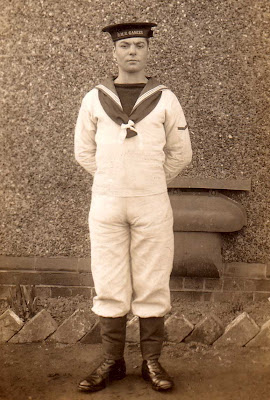 Lincolnshire clearly enjoyed a vibrant gay scene, even 90 years ago. 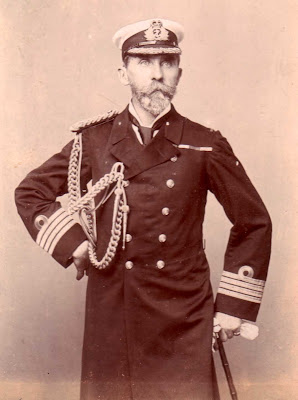 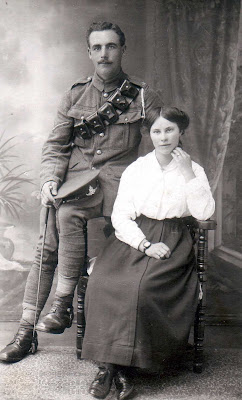 This soldier is taking five cameras to the Front. I suppose it's hard to get film out there. 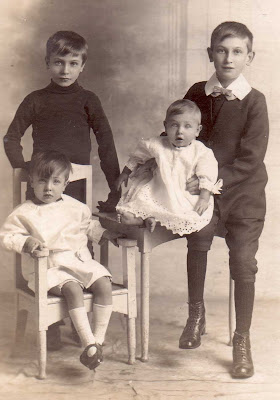 A traditional childhood scene, apart from the cool, time-travelling boy with the polo-neck sweater. 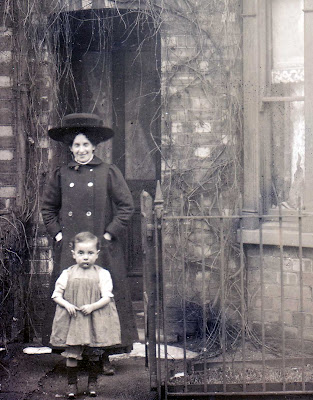 This woman is oblivious to the fact that a small UFO is hovering above her head. 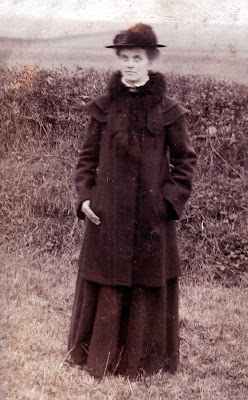 This hussy is brazenly revealing her right hand. Whatever next? 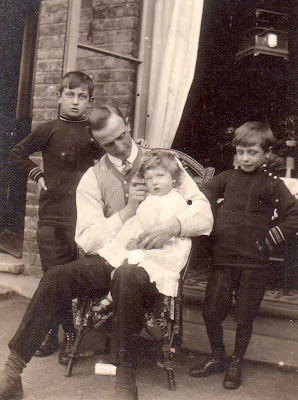 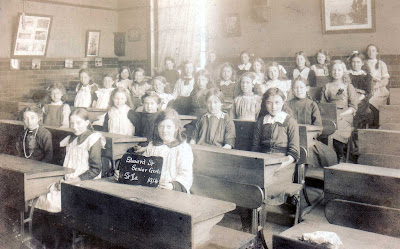 95 years on, there is still a school in Edward Street. 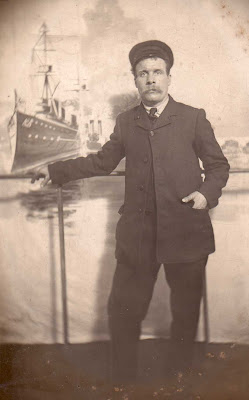 Unlike the other photo albums I've come across, there are two clues to its origin: the surname Ladley and the town of Grimsby. I know next to nothing about Grimsby, except that it is an important port. I doubt I'll ever go there.

A quick check on Wikipedia reveals that Grimsby features in the PlayStation 3 game "Resistance: Fall of Man". Wikipedia also mentions the fact that a Grimsby sex shop owner was fined £5,800 because customers successfully complained to Trading Standards that his films weren't pornographic enough.

But to return to the album, it is sad that these photos have ended up in the hands of strangers. The album was carefully compiled and although it may not have been done for posterity, I think that most of us hope that future generations, whether they are direct descendants or nieces and nephews, will act as custodians of what we were.

This album reached the end of the line and was destined to be thrown in a skip.I like the idea that these photos will probably now been seen by more people than ever. I hope the Ladleys would approve.
Posted by Steerforth at 5:51 pm

They are GREAT, I LOVE them. Thanks, you've done it again.

Ms Baroque said...
This comment has been removed by the author.
1:06 am

Oh, I love these. And your comments are as witty as ever.

But by god, how TALL is that man in the second picture? And look at the face on his female companion -- she looks like she's ready to biff the person taking the picture!

Oh, I love these. And your comments are as witty as ever.

But by god, how TALL is that man in the second picture? And look at the face on his female companion -- she looks like she's ready to biff the person taking the picture!

Yes, the woman looks utterly terrifying, particularly as her hand is clenched, ready for a swift right hook.

No! That's the only one I'm missing

You wouldn't have wanted it - the 24-inch diskette was missing.

Such a wonderful post (again). Your blog doesn't half cheer up a grim November day (but then, it also improves a clement June one too.)

This http://indiaknight.posterous.com/amazing-little-film is a nice thing to do with otherwise useless books, but I have neither the skill nor a sharpened scalpel.

Thanks for the link - what a fantastic film!

I absolutely love those pictures.

Love those photos. The 1911 census shows 2 families name of Ladley (2 couples).Thomas and Eliza of Cheapside, Waltham (73 & 62) farm labourer and John William and Mary (30 & 29) married 4 years corporation labourer of 60 Clayton Street, Gby. The Grimsby Evening Telegraph feature a Bygones section and would love to show these - they would be able to trace the family I'm sure.