Death to the Infidels!

It's a little known fact that publishers often appear on the covers of their own books, or at least parts of them do. The shapely legs you see on the front cover of a chick lit novel may belong to Miranda in Editorial, whilst the bloodstained hand of a serial killer is probably Darren from Sales and Marketing.

I've no idea whether these two worked in publishing: 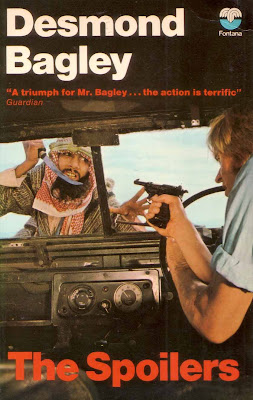 The angry-looking Arab seems particularly suspect - the beard is on a par with Gary Johnston's disguise in Team America: 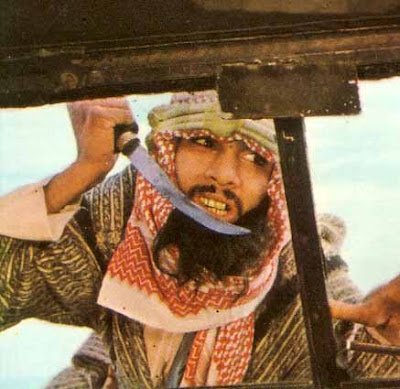 It might be Darren from Sales, but it could equally be Miranda from Editorial. We will probably never know.
Posted by Steerforth at 12:21 am

Yep, that's some rubbish valmorphanisation there....

That's a fairly slender wrist gripping the curved blade. My vote is with Miranda...unless she's a beefy gal who eats men who make gender-biased comments for lunch.

Maybe the twist is that they fall in love?

Given that it's Fontana, why is nobody nude?