Isn't there a horrible song that begins with "If a picture paints a thousand words..."? I'm not sure, but I have memories of listening to it on the sorts of radio stations that you only listen to when you have 'flu and feel too ill to read, watch television or concentrate on something worthy.

The song's sentiments seem to be the guiding principle behind a 1950 publication that I found today called, simply, "The Frenchman". The book consists of 48 pages of questions and answers with a French actor called Fernandel - not a fascinating concept in itself, but made more appealing by the fact that Fernandel's answers are limited to body language.

Here are a few examples:

"We Americans are very much against sin. How about you, Monsieur?" 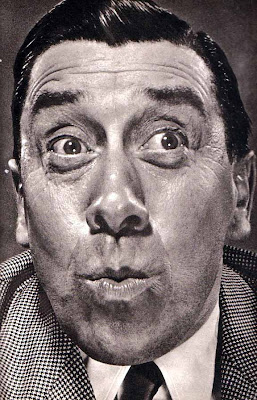 "Does the average Frenchman still pinch pretty girls in a crowd?" 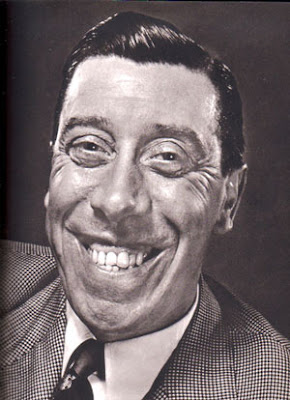 "Do you know that here this kind of conduct will land one in jail?"

"What would you rather give up - women or garlic?" 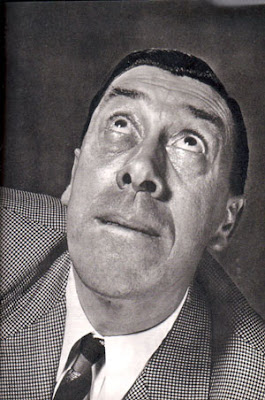 "As a Frenchman, what do you think of American sweater girls?" 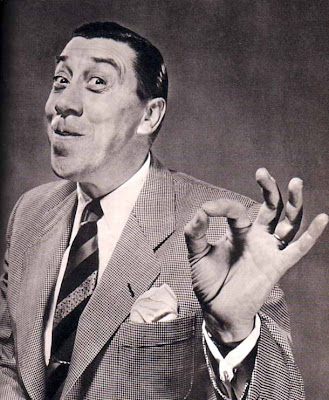 "We hope that you have tasted our California champagne?" 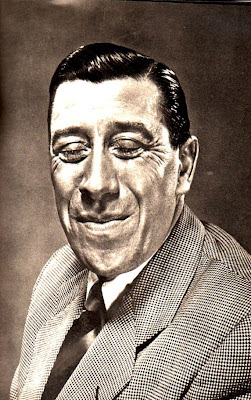 What is it about the French? In any other country, a strange nose, bad teeth and a generally odd face would be considered a handicap. However, in France it's all part of the je ne sais quois, the joi de vivre and the honi soir qui mal y pense. It's one of many things I admire about France.

But before I launch into a homage (or should that be hommage) to the French and their rich artistic and culinary heritage, I'd like to ask Fernandel two questions:
What would Fernandel say? 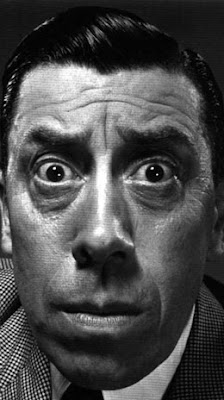 *Triva fact - Fernandel is mentioned by Camus in L'Etranger, when Meursault and Marie watch him in a film.
Posted by Steerforth at 8:30 pm

But your mind's probably blocked the Telly Savalas cover.

What an extraordinarily lugubrious face that man has.
(and now you've lodged that horrid song in my head. How on earth am I going to get it out? It's almost as bad as my colleague's addiction to Heart FM, which drives me to distraction daily in the office. But when I make her switch it off, she gets all morose and that's even worse than having Heart on in the background)

Thanks Lucille - a masterly tribute. I particularly liked the flying words.

And thank you Jim, for reminding me about the Telly Savalas cover. Yes, I had forgotten about it, but like that scene in "Spellbound" it has spookily return in full technocolor. I'll have to return the compliment ;)

Mrs Trefusis - what sort of office allows Heart FM? (Other than the office of a vehicle servicing centre).

I wouldn't give him MY number!