Ah, the joys of a maritime climate! Only five weeks ago, my oldest son was throwing snowballs and rolling down hills whilst his younger brother seemed completely traumatized by his first experience of snow: 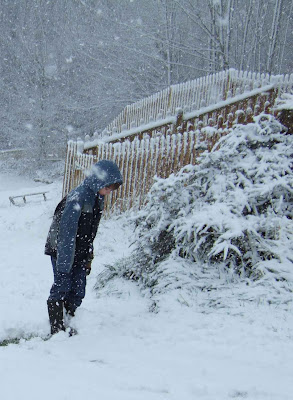 Five weeks later, we were suffering from heatstroke after spending too long in the sun: 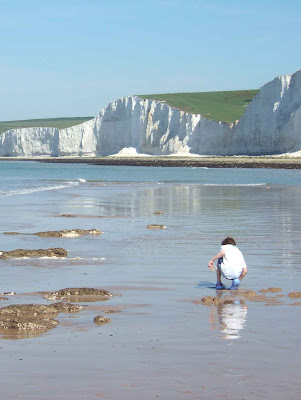 I wondered if the hot weather had anything to do with the strange appearance of hundreds of starfish on the beach, but apparently this is an increasingly common phenomenon partly caused by dredging, which depletes the seabed of the starfishes' beloved mussells.

According to one website, these days you have to find at least 10,000 starfish before it becomes newsworthy. 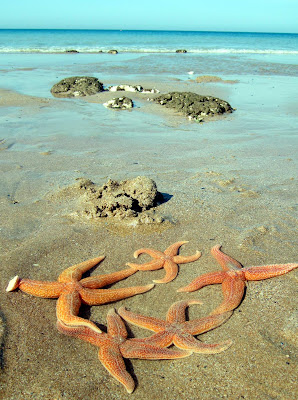 I won't be submitting this photo to the BBC News website.
Posted by Steerforth at 11:56 am