I have just finished the third book in Zola's twenty-novel Rougon-Macquart sequence, Le Ventre de Paris. God it was boring. The plot was heavily influenced by Les Miserables, which was published ten years earlier. Like Victor Hugo's great novel, the main character is an escaped prisoner who is living under an assumed name and the story's dramatic tension rests heavily on the inevitable revelation of his true identity. However, in Zola's novel this plot plays a minor part in a story which is preoccupied with describing the daily life of a fish market. I don't want to do Zola a disservice. There are also some very evocative descriptions of cheese, but they don't make very exciting reading.

As for the main character, Florent is no Jean Valjean. Sadly he is a bit of a prat who ultimately manages to be wrongfully arrested on two separate occasions. In a better novel this would be a tragedy, but in Le Ventre de Paris I found myself firmly on the side of the authorities and would have happily grassed him up.

I always wondered why some novels by an author of Zola's stature hadn't been translated for over a century and now I have my answer. They aren't very good. However, I still intend to persevere because at its best the Rougon-Macquart novel sequence is a work of genius. 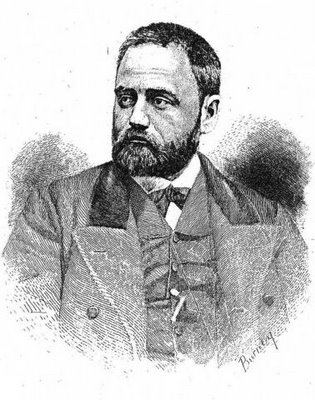 Posted by Steerforth at 9:35 pm