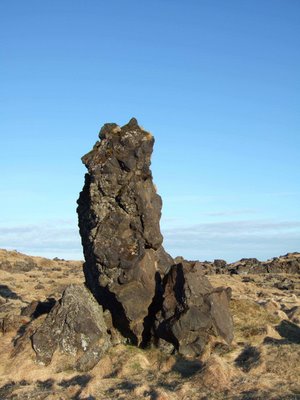 A few months ago I decided to get away from it all and go to Iceland. The remoteness, low population density and proliferation of volcanoes, geysers and thermal springs appealed, as did the bizarre Viking sagas of blood feuds and retribution. Bugger the south of France.

I had an enjoyable week driving along deserted roads, getting stuck up mountains and paying £5 for a pint of beer and whilst my trip wasn't the stuff of legend, I thought it would be worth mentioning to people.

The following week people asked me what I'd been up to and I replied that I'd been to Iceland. They looked bemused, slightly uncomfortable and occasionally mildly contemptuous. I couldn't understand why. I know that most of us are generally well-travelled these days and a trip abroad no longer has the kudos it might have had, but surely my journey to Iceland didn't warrant such a hostile response.

A week later I solved the mystery. People had thought that I was telling them that I had been to a branch of the Iceland supermarket chain and wondered why I thought it was worth mentioning. I corrected them and started to describe the amazing landscape and the fact that it was still light at midnight, but they still didn't seem convinced. 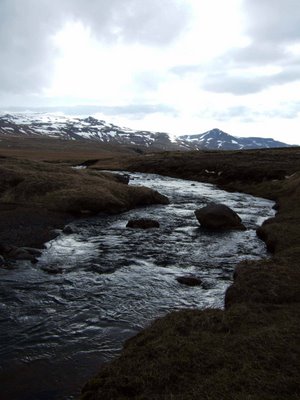 One of the things that appealed to me most of all was the idea of being in an landscape that hadn't been damaged by people, where the air was clean and the water was so pure that you could drink from a stream (which I did and it was the best water I've ever tasted). It was therefore quite a shock to read that Iceland is one of the most ecologically damaged environments in Europe. 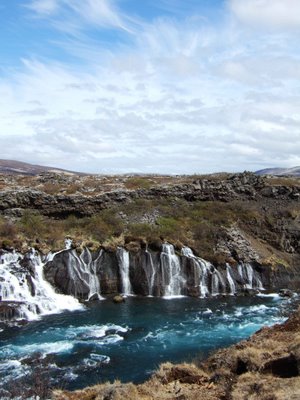 In Jared Diamond's excellent book "Collapse" he explains how the first Viking settlers were struck by the similarities between the Icelandic landscape and their homeland. There were abundant forests, rolling pastures and a plentiful supply of fresh water. They could hardly believe their luck. Unfortunately the similarities were only superficial, as the Vikings soon discovered. In Norway, the Vikings had been used to a deep, rich soil and had no reason to assume that Iceland should be any different, but beneath the tufts of grass lay a soil composed of fine, volcanic ash. When the sheep and cows ate the grass, the ash became exposed and was blown away by the harsh winds of the north leaving a barren outcrop of volcanic rock.

At the beginning of the 10th century, large parts of Iceland were covered in dense forest and the Vikings assumed that they'd have an abundant supply of wood for building and heating. However, as with the pasture, every time a plant was removed the soil literally vanished into thin air and it was almost impossible to grow anything new.

Within less than a century Icelandic society was on the brink of collapse. The forests had almost gone and the Vikings struggled to find suitable pasture for their animals. They could have descended into anarchy, fighting over the last remaining scraps of land, but instead they did an amazing thing - they held a conference.

The leaders of Iceland's settlements accepted that their farming practices had almost destroyed the ecosystem and together they agreed on a way of living sustainably, managing the land so that it could support future generations. It is a huge tribute to these early settlers that their descendants are flourishing over a thousand years on.
Posted by Steerforth at 9:20 pm

Steerforth, thanks so much for signposting me to this and it confirms what I thought, an intriguing country and one that I have largely ignored until Indridason came along.Any more Icelandic reading you could recommend? Can I link to your blog too?

Please do, I'd be very flattered to be in such good company.

At the moment I'm reading 'Under the Glacier' by Halldor Laxness - I've only just started it, but so far so good. After that I'll probably move on to his magnum opus 'Independent People'.

I think it's remarkable that a country with such a tiny population has produced a Nobel Prize-winning author, but I suppose their strong literary tradition has helped.