It's good to have a hobby and as stamp collecting probably wouldn't provide the same frisson as it did when I was 13, I've become increasingly preoccupied with Instagram. Seeing a random selection of pictures from around the world is fascinating and I also enjoy uploading snapshots and receiving 'likes' from complete strangers.

It may seem a small pleasure, but it's very gratifying to know that someone has enjoyed looking at one of my photos for 1.3 seconds.

However, my love of Instagram is not unqualified and there are a few themes (or should that be memes?) that I'm thoroughly fed up with.

Here are a few of my main irritants:

1. The Cup of Coffee 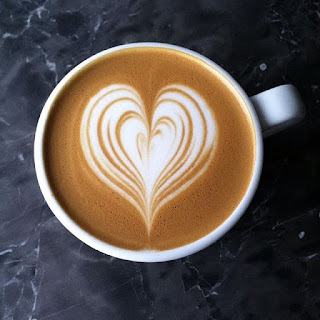 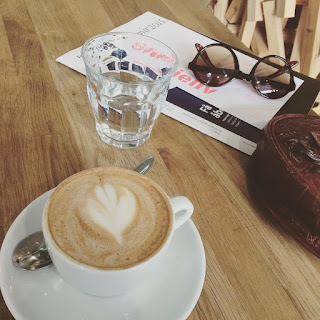 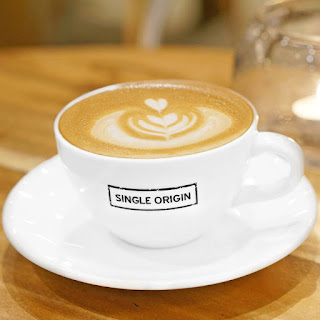 Why would anyone want to see a photo of someone else's cup of coffee?

I've no idea, but there are thousands of pictures on Instagram that people have taken of their favourite beverage (very rarely tea, for some reason). I know that coffee comes in many varieties, but you wouldn't know that from looking at the endless shots of frothy hearts in white cups.

I appreciate that people are sharing something that has made them happy and yes, it's lovely that the barista has done a little squiggly design in the froth to distract customers from the exorbitant price. But are the identikit coffees of global corporations sufficiently interesting to warrant photographing? 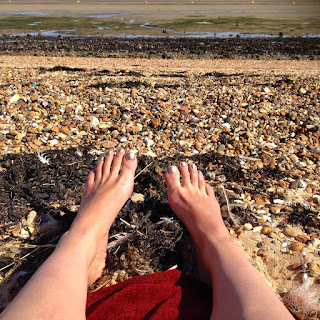 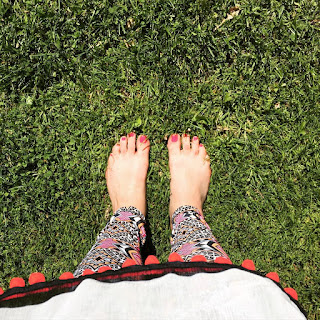 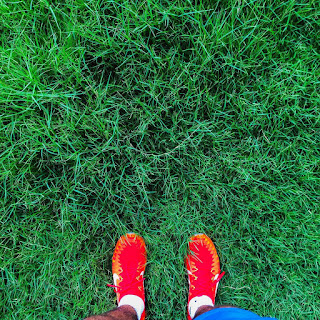 I'll come clean here and admit that I have whatever the opposite is of a foot fetish. If I had my way, everyone over the age of 12 would be banned from wearing sandals or flip flops and socks would be compulsory. But prejudices aside, what possesses so many people to think that it's a quirky, original idea to photograph their feet?

I never ceased to be amazed at the number of 'foot selfies' on Instagram and wish that there was a shoe button I could press to filter them out. 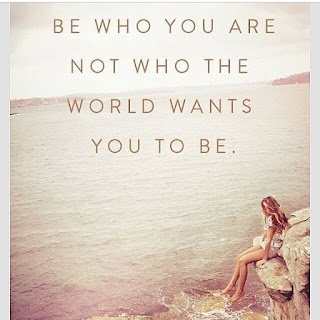 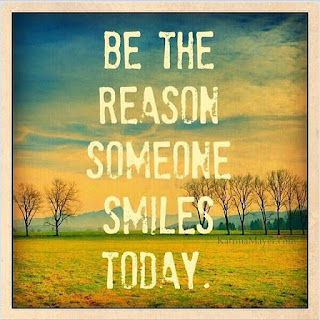 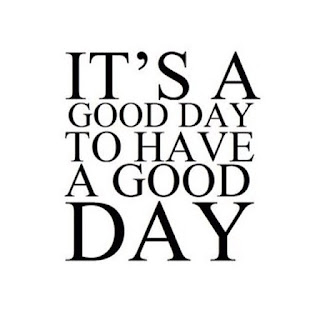 Uploading quotes onto Instagram is just wrong It's a site for sharing photographs, not moronoic platitudes that collapse under the most casual scrutiny. "It's a good day to have a good day"?

Let's just hang that one up on the wall of an oncology ward. They'll love it.

And to "Be who you are, not what the world wants you to be" is just self-centred nonsense. In the real world, who we are is a necessary compromise between our own desires and the needs of others. It's called civilisation.

Those are my top three. I'd also rather not see so many pictures of cats, Big Ben, poppies, white balloons, tattoos and Amsterdam, but I won't even try to justify those prejudices  (and of course, it's quite likely that someone is looking at my photos and tutting at their predictability and narrow range of themes, along with the paucity of uplifting thoughts and feet).

But even clichés can be good in the right hands. Look at what this photographer has done with a hackneyed, familiar scene: 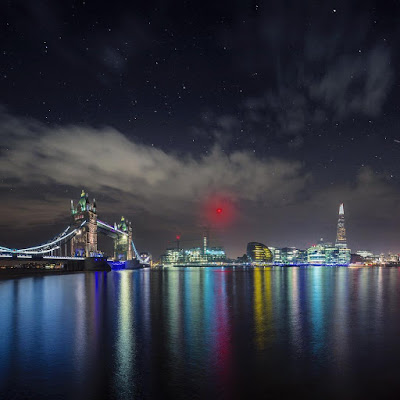 The same photographer also managed to come up with a stunning photo of Big Ben: 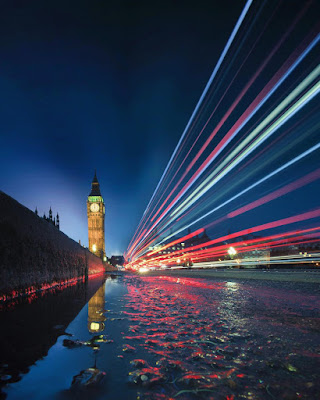 I'd like to see what he could do with a cup of coffee.
Posted by Steerforth at 8:39 pm

"Be who you are, not what the world wants you to be".

Now that's what I call the Serial Killer's Justification.

Know what you mean...a lot of people who post on Instagram seem to want to be professional advertising stock shot photographers. I try and keep it within limits - I mostly follow family, plus a few nutters who post pictures of vintage paperbacks, and a bloke with a huge ginger beard who repairs old guitars in LA. Plus one or two complete mysteries, no idea who they are or why I'm following them. And you, of course - I enjoy your pix of Lewes and thereabouts. I occasionally post pix of buildings in Brisbane that catch my eye, and I have amassed a grand total of 12 followers, one of whom I'm married to, and two of whom are my offspring. But like Facebook and Twitter, I feel that way madness lies if you get in too deep.

"In the real world, who we are is a necessary compromise between our own desires and the needs of others. It's called civilisation. "

Now that quote would be worth posting :o)

Dale - Yes, that's exactly what I thought. Whoever wrote that nonsense needs a good talking to.

Mike - I don't mind some of the professional photographers if their images are particularly good (although the novelty of seeing stunning photos of desert landscapes at night with the Milky Way in the background is beginning to wear off). But I generally enjoy looking at beautiful places and lives that are very different to mine. I'm shallow enough to like the 'likes', but get annoyed when people post a row of emoticons of thumbs ups, clapping hands and hearts.

Would love to see your photos on instagram, but it means opening yet another social media account, having yet another password to forget, etc., etc. I hope you go on publishing photos on your blog too.

"Be who you are, not what the world wants you to be".

Maybe that just means "barefoot, and not in socks and shoes".

Bravo, on the memes. Bravo.

It must be said, there are some fine examples of coffee art (one of the very transient art forms!) - I would be very happy with a Snoopy on top of my cuppa. But endless hearts? Meh. I'd rather the barista concentrated on the actual coffee rather than making the microfoam pretty. Fortunately, the really funky ones do turn up in my Facebook feed via the various dog groups.

Totally unrelated, but absolutely gutted to find out that Tanith Lee died earlier this year.

The platitudes? It's a modern superstition - if you post this stuff, the universe will reflect good fortune back to you. Self-centred, yes - no mention is made of the profound effect other people have on your life and personality. Let alone your society, the economy, whether there's a famine or a war on... Motivation won't help if your job has been taken by a robot. (I hang out on Flickr - we're serious photographers, ho ho.)

The foot thing is weird, have thought that too. Also new to Instagram and finding my way round it at the moment, love it as a sort of scrapbook of my own things, and finding I prefer people who seem do treat it in much the same way. It's a curious thing how many people seem to spend a lot of time trying to take the same picture of a cup of coffee though.

Anonymous - Don't do it! It's yet another way to waste time.

George - I shudder at the very thought.

Erika - I was sorry to read that she died at an age that's relatively young these days. At least she's left a huge body of work behind.

Lucy - I went off Flickr after Yahoo took it over and tried to tie it in to a Yahoo account, which I refuse to have.

Desperate Reader - Another thing I was going to mention is spiral staircases - lots of thoses.

There are also countless close-up pictures of flowers, but it's hard to object to something so beautiful.

I've got a bit of an obsession going with spiral staircases - well, staircases generally, although I happily branch out into other architectural features. Pinterest is a real rabbit hole that way. Saw a modern one of bentwood the other day which was really quite lovely and echoed a tree just effortlessly branching out. When I used to be able to go to car shows, I'd potter around the (generally country) town and photograph pressed tin ceilings, transoms, door handles and floor tiles as well as the more standard building shots. I'm fascinated with how things are made, how they change, how they wear. And often the discrepancy between an updated shopfront on the ground level and the original building, unchanged, above. Most people don't look up unless told to do so and they miss so much.

Erika - I have a geeky obsession with abandoned buildings. Unfortunately, Instagram has an algorithm that picks up what we like and now I'm deluged with photos of places that look like the set of a horror film. The other week, I kept being shown pictures of the Faroe Islands - a lovely place, I'm sure, but the novelty has worn off.

I'm just looking at it now...yes, feet, a sunset, a selfie of a woman and an abandoned building. But no stupid quotes, so something has improved.

Reading your post has given me the best laugh I've had in days. Just one note, although I dont post to instagram, if I did I think you might prefer a picture of my feet to one of my ugly mug.

Now I am dying to see your feet in Amsterdam or by Big Ben while you drink frothy coffee with an inspirational quote floating over it all.

AND...you inspired me to search for inspirational quotes with photos of feet.

Sukipoet - Your mug will only be ugly to you. I'm sure the rest of us wouldn't agree. I must admit that after a certain age, I've been unable to look in the mirror without a certain feeling of betrayal and disappointment.

Marianne - Now there's a challenge! I suppose I could use some dreadful metaphor about footsteps on the path of life, with Big Ben representing the passing of time. But Amsterdam defeats me.

Tattoos are officially on the way out. Every tattoo parlour now offers tattoo removal and that is the bigger line of business!

I'm not a user of Instagram or Facebook but I do encounter the feet photos on some of the few ( and getting fewer) blogs that I look at occasionally. Generally that is when I cease to follow them. I'm pleased to say that your blog is one of a core of about 5 or 6 that I read from time to time that are reliably cliche free. I am fond of Pinterest though, and while no coffee or feet have polluted my feed, it is impossible to avoid the inspirational quotes. I'd also like to nominate headless offspring photos (on blogs) and household cleaning hints (on Pinterest) as further irritants.

There's at least three chains of shops , with outlets in every town , that sell cushions , trays , aprons and duvet covers with these uplifting slogans on .
It's all very depressing .

Yes! Quotes! I hate them! People think that putting something in sans serif font with a sepia background somehow makes it true and changes their lives. Someone get me off this bus, already.