I watched an episode of Star Trek yesterday, for the first time in years. The episode was called 'The Immunity Syndrome'. I have fond memories of the programme from the 1970s, when I would have a bath in the evening before changing into my Star Trek pyjamas, exclusive to buyers of Kellogg's Sugar Smacks. 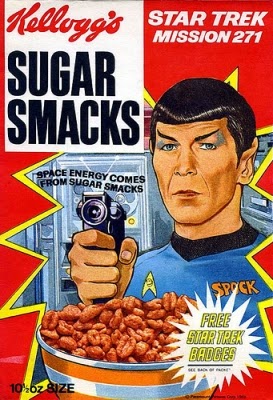 Sadly, the programme wasn't as exciting as I remember and I spotted a number of things which, frankly, gave me cause for concern. There were several health and safety violations, an alarmingly high number of incidences of sexual harrassment and a performance issue that needs to be raised at an appraisal.

I will be raising the following points with the Starship Enterprise's HR manager: 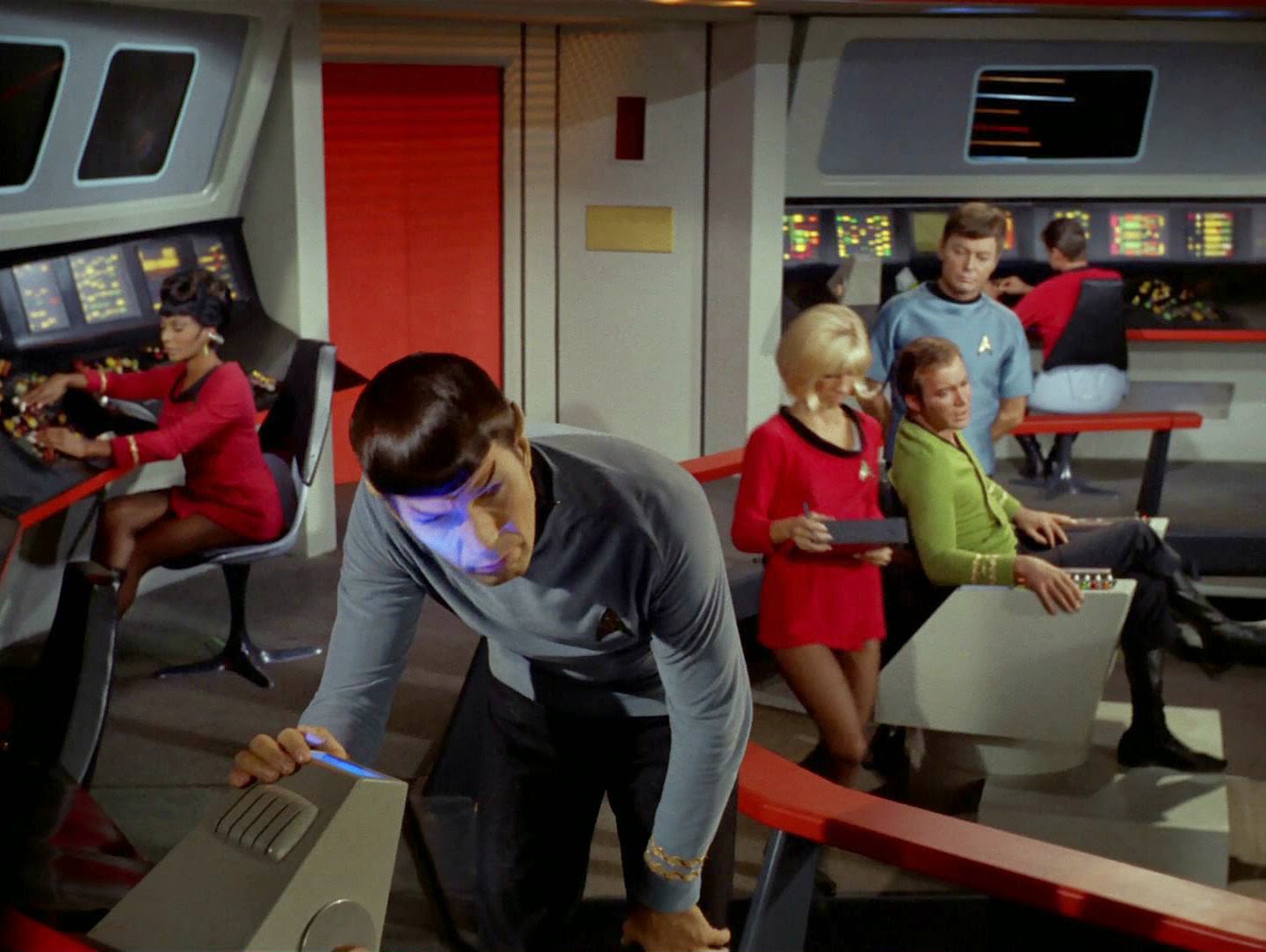 Mr Spock's 'What the Butler Saw' machine, where he looks at science and tells the Captain what is happening, is a health hazard. The many hours spent in a stooping posture will produce chronic back problems and may necessitate sick leave, leading to early retirement. 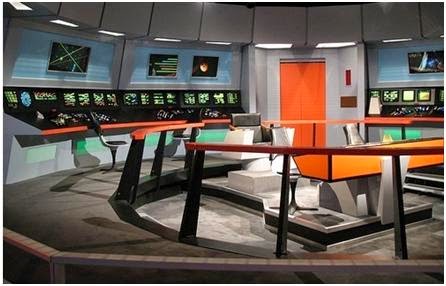 With its steps and barriers, there is no provision for disabled employees on the Bridge. If Captain Pike decided to pay a visit, he would have to remain in the lift.

I would recommend introducing ramps and conduct a Disability Compliance Check throughout the whole ship. 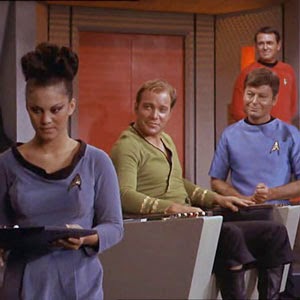 A number of instances of sexual harrassment were noted. This is a particular concern, given that most of the sexual remarks originated from Captain Kirk himself. I would recommend instigating disciplinary action for Kirk, with a compulsory attendance at a workshop on Star Base 12.

I would also suggest that standard, genderless uniforms should replace the current division between trousers for men and short dresses for women.

4. Sexism in the Workplace: 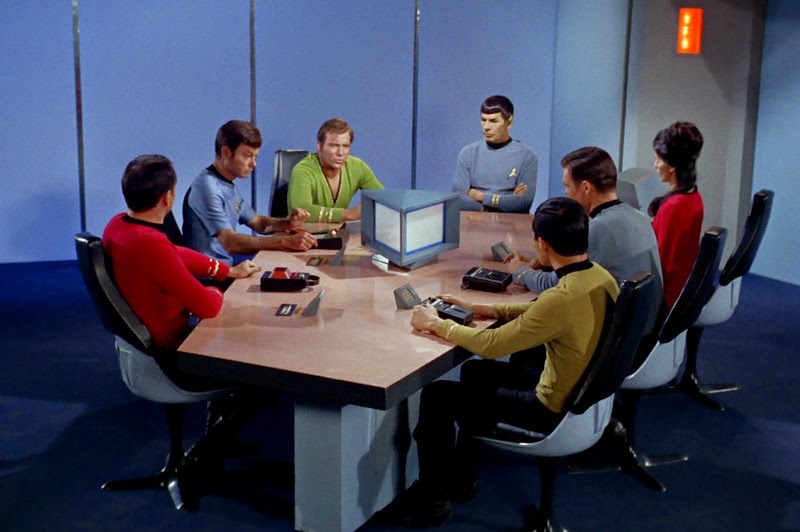 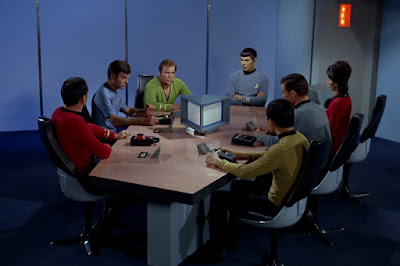 During this conference on how to save the galaxy, the female member of staff remained silent. None of the male members of staff asked her for an opinion and only made eye contact with each other.

I would recommend attendance at a Workplace Sexism Awareness course for all male officers and ensure that a helpline number is displayed on every staff noticeboard. 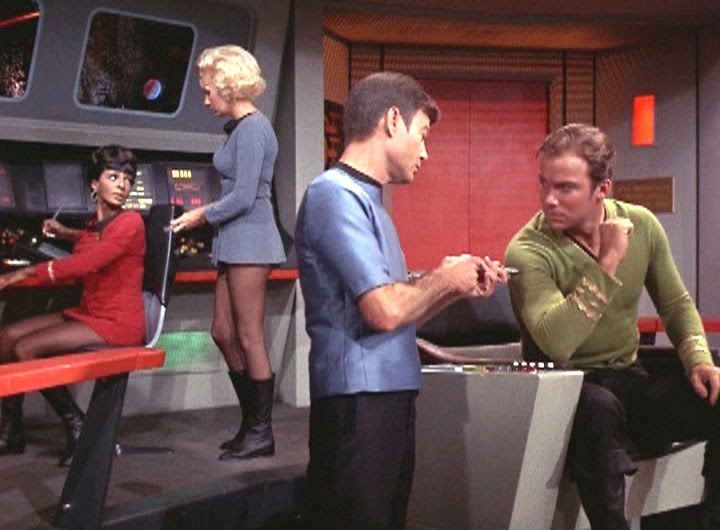 A constant use of amphetamines was observed, sanctioned by the Chief Medical Officer. These are controlled Class B drugs and it is well documented that regular use can cause psychotic behaviour.

I would recommend revoking the doctor's licence to practise and sending Captain Kirk to a substance abuse clinic. 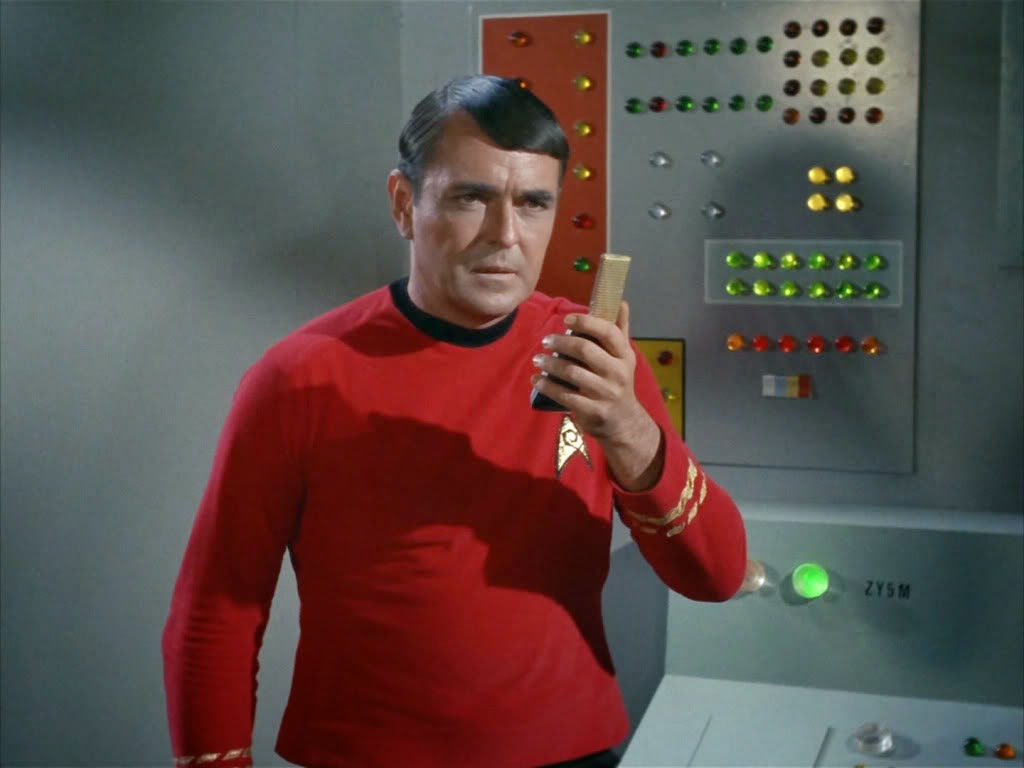 The Chief Engineer's attitude to authority is a major cause for concern.

During routine requests for more power from the engines, his response is always negative and possessive. There is also a tendency to anthropomorphise the engines, referring to them as 'she'. I would recommend a written warning, accompanied by a requirement for compulsory counselling. 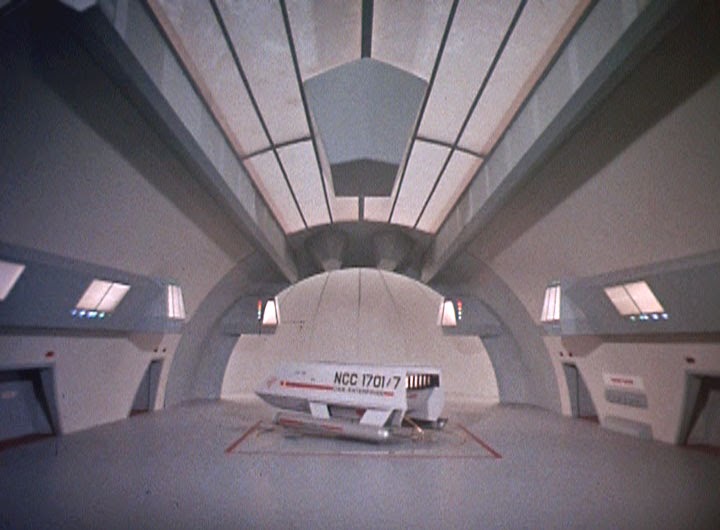 I am particularly concerned by the Shuttle Craft, which is continually running out of power. Poor equipment has a corrosive effect on staff morale. Staff should be provided with equipment which is fully maintained and subject to a regular MOT inspection.

I would suggest the introduction of daily compliance checks, to ensure that the Shuttle Craft is always fully charged and in possession of more than half an hour's life support.

I hope that my suggestions will be acted on. I don't want to have to take this up with the United Federation of Planets.
Posted by Steerforth at 7:46 am

Superb - but leave the skirts alone. We don't want Kirk to get confused and make a pass at Spock by mistake.

Kid - I think that ship has already sailed: http://2.bp.blogspot.com/_eVxeKwwThPY/TD28f8SbwKI/AAAAAAAAHWs/jY6_16NdYlw/s400/kirk-spock-slash.JPG

Half way through a health and safety audit thus has made me smile :-)

Only halfway? Poor you. Can you get away with citing health and safety audits as a cause of work-related stress?

Brilliantly original Mr S! Like the funniest pastiches it is close enough to be almost true in this bizarre Saville Harris World we inhabit in 2014.

Thanks Rog. I suppose my objection to some of the health and safety culture is that it's self-interest - avoiding litigation - masquarading as altruism. But my cavalier attitude was nearly my undoing the other day, so perhaps I'd better embrace it.

LOL - you have definitely missed your calling, and should find work as a satirical journalist. Well done! Have a great day -- And Happy Canada Day -- the 147th anniversary of Canada's formation of a confederation in 1867. xoxo

And a very Happy Canada Day to you Carol. Everyone likes Canada and a suprising number of great Americans are actually Canadian, aren't they?

Very funny! I remember my disbelief on finding out that the whooshing automatic doors were operated by hand.

How we wish that we could be beamed up by Scotty into this world untroubled by Health and Safety regulations, Terms and Conditions of Service, EU interventions and Human Resource Management. We could then concentrate upon the real issues in Life such as Intergalactic Warfare and pointy earlobes. Perfect!

I think it would be better if the men wore the short dresses. As Barry Humphries/Dame Edna demonstrates, men usually have far better legs than women.

Fabulous! Made me laugh out loud and look the episode up - how sad is that?!?!?!

However, they did do something positive in this episode - they could have prescribed antibiotics to the void to get rid of the amoeba infection - instead they used a bomb!

Your mention of dress made me aware of an interesting distinction : the male crew wear high collars but Captain Kirk displays significant decolletage. Apparently in the future the higher the rank the greater the display of skin.

Brett - Another myth shattered. But at least they opened more quickly than the ones on Doctor Who, which seemed to move in fits and starts.

Jane and Lance - It seems extraordinary that on a normal working day, Kirk would punch someone's lights out, sleep with an alien and try to seduce a female crew member, without a single email from head office.

Zoe - Yes, Dame Edna has terrific legs. Your proposal makes sense, as 23rd century fashions will probably be a little more radical than a v-neck pullover and black trousers.

Annabel - I'm surprised that the alien entity didn't take over a female crew member, putting Kirk in a moral dilemma over whether to sleep with her or save the ship.

Terry - Particularly when Kirk's wearing his special green tunic - it maybe stardate 3.21.00.7, but it's clear that it's a Friday night when that comes out.

you really should be running wandsworth council ...

Thank you for this!

And then they never brought it up again.

I must say that Picard's outfit is rather fetching.