In the Heat of the Night

I was enjoying my new office until this week, when it began to resemble the iron box in The Bridge on the River Kwai, with me as Colonel Nicholson. Next Monday promises to be a relatively subarctic 21C - I can't wait.

Several interesting books have turned up recently. My favourite is a rather odd American catalogue of bird cages from 1930. I'm not sure why anyone would buy it, but after selling books on electricity substations and condensed milk, I'm no longer surprised by anything.

Another useful find was an old 60s paperback of George R. Stewart's fine post-apocalyptic novel, Earth Abides, which I read avidly over two days. It had a garish science fiction cover, but didn't read like a sci-fi novel and fortunately there were no maps with a 'western sea' or people with apostrophes in the middle of their names. I'd thoroughly recommend it.

In addition to bird cage catalogues and 1960s paperbacks, four mysterious photographs turned up. The first two are from 1966: 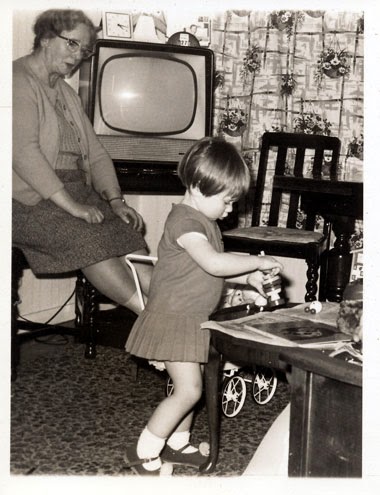 This reminds me of my childhood home, from the garish carpet and curtains to the ill-matched prewar furniture. I expect the television was rented; ours was. 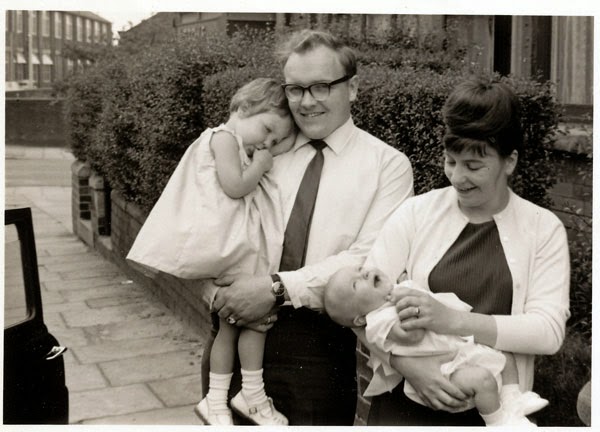 And for most people in Britain, this was the 'Swinging 60s'. The Beatles may have just released Revolver, but I don't think my parents or their friends were aware of it.

The next two photographs are a mystery and I'd be grateful if anyone could shed some light on the locations. The first looks as if it is war-damaged. But where? 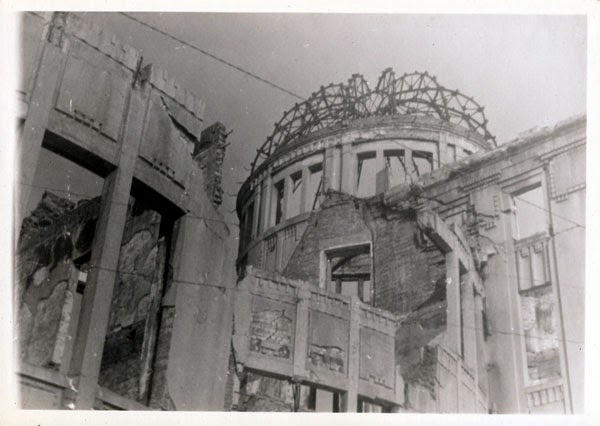 As for the next picture, it vaguely resembles the Stargate - perhaps it's the portal that sends people from Stoke Newington to Lewes when they have children. 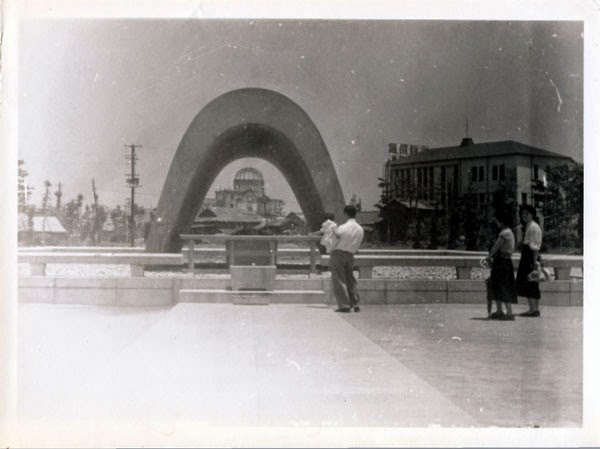 Answers on a postcard please. The winner will receive a copy of the C.H.I.Ps Annual, if they want it.
Posted by Steerforth at 10:10 pm

I think the bottom two pictures are of Hiroshima .

Thanks - if I'd realise that they might be of Hiroshima, I wouldn't have written with such levity.

Apologies to the other people who commented - JRSM, Rare Bird and two names that I didn't catch. I deleted your comments by accident. I made the foolish mistake of moderating the comments on my smartphone and although I pressed 'publish', the screen had other ideas.

If you could resubmit, I'd be grateful, as I'd like to read the comments properly.

I was just saying how right you were to enjoy 'Earth Abides', and to suggest you also read Stewart's 'The Storm', a novel in which the main "character" is a massive storm hitting California, and detailing the effects it has on the people and the landscape. Quite unusual and beautiful.

Thanks James. I'll definitely read 'The Storm'. I thought 'Earth Abides' was such a thoughtful, intelligent book - one that deserved a better jacket than the garish one my 1960s copy had.

Yes, that Hiroshima - you should be able to date it quite closely from the installation of the memorial arch - and it's such an obscure subject for a 'snap' - probably someone associated with international development or the Armed Forces - that I'd say it's actually pretty fascinating.

For Science fiction that isn't really science fiction but reads like next years news - you can't beat 'The death of Grass' by John Christopher - although, actually - I think you've already mentioned reading it. There was a fairly brave but underfunded and forgotten film version directed by Cornel Wilde on Youtube - certainly worth a look.

Earth abides is fabulous. It's impossible to read an "end of the world by plague" book and not notice its influence. See the Stand, The Passage*, Station Eleven.

*OK, mutant vampires, but it's a plague of 'em!

Son newly arrived home from Japan says it is Hiroshima. The dome survived because of the modern Czech architecture and being directly underneath the blast.

I just commented, like Simon, that I believe the photos are of Hiroshima. The top one being the so-called A-bomb dome (still there), and the bottom one is in the memorial park. Think you can see the dome through the wave sculpture. Interesting things you find in books!

Earth Abides is a wonderful, moving and strangely still relevant piece of writing. I'm always recommending it, and I am still struck by how the ecological aspect to the book is really unique and ahead of its time. I also think the writing style is really interesting, the chapters that are the "quick years" are really useful in taking the story along; as is the road trip across the country. Most poignant though is the relationship that the main character has with his son. For all book lovers the library scene is a real emotional one.

However what I am most fascinated about, is that until now, I had no idea that George Stewart wrote anything else. The Storm sounds fantastic and I'm going to dig through his back list now.

The photos of the living room and in front of the house are very touching. Just think what these people had come through in their lives. The horrendous bombings of WWII were only about five or six years behind them, and much rationing would still be in place until the late '50's and early 60's. Furniture, any kind or style of furniture, must have seemed like an incredible blessing and luxury. xoxox

Richard - The Death of Grass is a corker. When I wrote about it on this blog, I assumed that John Christopher was long dead, as he was born in 1922. But one day I received an email from him, saying how chuffed he was that a new generation of readers were enjoying his books. He'd read comments by you, JRSM and others, singing his praises.

After he died, his daughter sent a lovely email, thanking me for helping to reassure her father that his books would live on.

Jono - I can imagine that this novel must have had a huge influence of a whole generation of writers. I wonder if Margaret Atwood ever read it.

Lucille - It's an extraordinary image and what's particularly interesting is that it's a snapshot that must have been taken soon after the war. I've no idea what it was doing in a book.

Resolute Reader - I agree about the ecological aspects - remarkable for someone in the late 1940s, years before the Gaia hypothesis and Rachel Carson's Silent Spring. Everything about the novel felt completely plausible and the characters are very well-drawn. I hope that it will be reprinted by a mainstream publisher with a non-science fiction cover.

Carol - The first two photos were taken 21 years after WW2, but the effects of the War were still widely felt. Britain was effectively bankrupted by the cost of fighting Germany and didn't recover until the 1980s. I grew up in a house of threadbare carpets, hand-me-down clothes and unwanted furniture from the 1920s and 30s. There were still bomb sites as late as 1974. It seems extraordinary now.

I know, Steerforth. Britain really took a hit. The first time I visited London was in 1968. There were still craters all around, with uncleared rubble from the bombings. And roving power outages until the mid-70's. The recovery of Britain has been nothing short of amazing. Truly one of life's miracles.

How sad to think that John Christopher felt that his books would be forgotten. I credit him with triggering my lifelong love of science fiction and dystopian novels, which started when I read his 'Empty World' at the age of 11. It's still a favourite now.

And I agree that 'Earth Abides' is fantastic, although it doesn't ever seem to have been given the cover it deserves (in paperback at least). My cover of my 1980s copy is about as tacky as you can get and it doesn't fit with the novel at all!

Emma - I loved 'Empty World' too. It seems ridiculous that the book is now out of print, as it's a timeless story very well told.

I'm very glad that John Christopher lived long enough to see a revival of interest in his novels. 'The Death of Grass' was reprinted as a Penguin Modern Classic and the blogosphere was full of people singing his praises.

Ah yes, that first photo could so easily be my home too. Nothing matched and we had a Redifusion rented TV set with radio points in other rooms for 6d extra a week. Happy memories of listening to Book at Bedtime on mine.

Nell - I grew up thinking that it was perfectly normal for televisions to break down every few weeks. We got to know the D.E.R men in their brown coats very well.