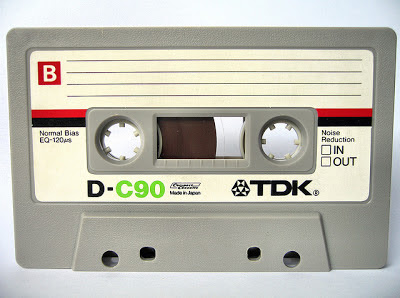 I have recently been decluttering at a rate that would give Michael Landy a run for his money. Some of it is an attempt to bring order to a life that feels increasingly chaotic, but I'm also increasingly aware that many of my possessions are neither beautiful or useful.

I have been particularly brutal with my books, but I have no regrets. I spent the first ten years of my bookselling career gratefully accepting every proof copy that came my way, but only read a handful. The remainder - a collection of novels that were described by their publisher as 'lyrical' - served as a salutory reminder of the fate that awaits most first-time authors.

(Bloomsbury used to be very good at taking a punt on a new or unknown author and I read two proofs of novels that I was certain would be shortlisted for the Booker Prize. Both failed miserably and a year later, one of the authors committed suicide)

After a few days, I had boxes full of books and ephemera - ready for the charity shops of Lewes. I also had a dozen bin bags to take to the dump, several of which rattled with video tapes. However, there was one conspicuous absence: cassettes. 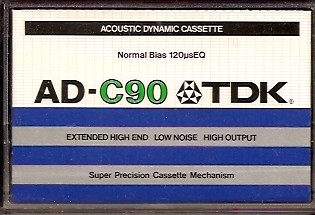 For me, a TDK C-90 cassette is the equivalent of Proust's madeleines. The one at the top, with its Compact Cassette logo, the enigmatic promise of Normal Bias and the boxes to tick for noise reduction, evokes a lost world of 'radio cassette recorders', 'solid state' microphones and 'Dolby'.

As an adolescent, I was obsessed with audio cassettes. Being able to tape programmes and songs was wonderful, but the real miracle was having the freedom to make my own recordings. Sadly, my parents didn't share my enthusiasm and regarded cassettes as an unnecessary luxury. As a result, I often had to tape over beloved recordings.

Occasionally my parents would relent and return from Kingston market with cassettes made by companies with names like Bentronic or Wangui - five for a pound. Sadly, they would always produce recordings that sounded as if they had been made underwater. 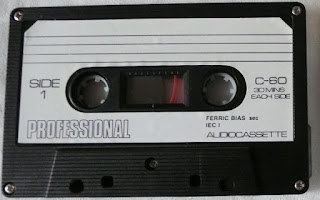 After a brush with the charlatans, I insisted that my cassettes had to be either TDK or BASF (whose chrome tapes were superior to the superferric, but were alleged to wear away the tape heads). 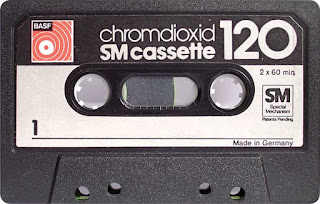 Judging by the number of Boots C-60s in my collection, I wasn't entirely successful.

My parents were baffled by my obsession with blank cassette tapes, but what they failed to see was that each one offered the potential to make the interior world more tangible. If I play one of my old C-90s now, I can hear an aural montage of the things that preoccupied me as a teenager.

Quite why I wanted to record the switchover of Radio Four from medium to long wave is beyond me. I also wonder why I taped the theme tune of David Bellamy's Australian wildlife series 'Up a Gum Tree'. But the beauty of these recordings is that they manage to evoke the past far more potently than any photograph.

In a recording of a BBC programme - made by placing a microphone in front of a television - my parents' telephone rings, our dog barks and somebody rings the doorbell. I remember being infuriated, but today, it is these extraneous noises that make the recording so evocative. 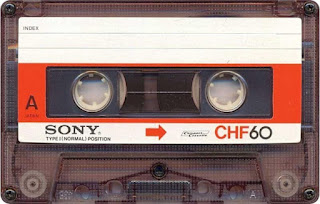 When I searched through my drawer of cassettes, I found comedy tapes that I'd recorded with friends, attempts at 'radiophonic' sound effects, embarrassing teenage conversations about the meaning of life and some music I'd written for fringe plays. I couldn't throw them away.

After deciding that I had to keep my tapes, I realised that I had nothing to play them on.

£20 later, a new Walkman arrived in the post and I started sorting through my tape collection. Revisiting the past is always a bittersweet experience, but these days I feel kinder towards my adolescent self.

At one point, when I heard an impression of Pope John Paul II that I'd spent weeks perfecting, I even laughed. 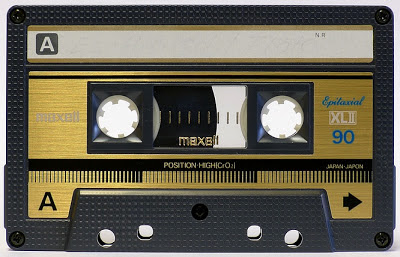 Posted by Steerforth at 6:35 pm

The fact that you perfected an impression of Pope John Paul II in the first place has made me smile.

Even just looking at the photos of your cassettes takes me right back to another era. Wow! I must dig out my own.

that's awesome. what a wonderful way to find delight.

It's sad that cassette tapes are perceived as being obsolete. They were so easy to use. Does anyone burn CD's in the same way that we used to make tapes? Probably not.

Now even the National Library Service for the blind in the U.S. has done away with the cassette format for their "talking books" in favor of digital downloads that are playable on a host of devices.

Lucille - Even worse, I spent a whole afternoon trying to find a way of making it sound as if my Pope was addressing a vast crowd in a field. I obviously had more time on my hands then!

Kid - Yes, dig them out. When you get photograph albums out, you're looking at the past, but when you listen to tapes, you're actually there.

Andrea - As much as I love MP3s, I'm glad that I had to endure years of tape hiss.

Brett - I can see why cassettes have fallen out of favour. The sound always had a slight hiss, the tape sometimes snarled up into the machine and it could take minutes to rewind a C-120. But somehow, all of these things made them far more special than a blank CD.

Epitaxial...there's a word I haven't thought about for a long time. It turns out to be a real word, too, rather than the marketing bullshit I assumed it was.

'The growth of the crystals of one mineral on the crystal face of another mineral, such that the crystalline substrates of both minerals have the same structural orientation.'

So there. Sounds vaguely relevant to tape.

All my tapes went to the dump, sadly, the charity shop didn't want them. I have just one left - or rather two, a boxed set of Alec Guinness reading The Four Quartets. I love it, and you still can't get it on CD or as a download. Have no way of playing it, mind you...

PS: 'Bloomsbury used to be very good at taking a punt on a new or unknown author'.

That was partly down to me - it was kind of my job. Of course my job also entailed making money out of them, which is probably why I didn't last very long at Bloomsbury. I did unleash Will Self on an unsuspecting nation, though.

Mike - Were you around at the time Bloomsbury published 'Fond and Foolish Lovers'? I think Alan Wary (?) was there at the same time.

I can understand why you kept your Alec Guinness tapes. I have hung on to my cassettes of his memoirs, as I can't bear to throw them out. I could read the books, which are very well written, but half of the pleasure is listening to Guinness's voice.

I wondered if it was Richard Burns you had in mind. Yes I was - in fact I wrote his obituary for the Indy. Here, if you're interested: http://www.independent.co.uk/news/people/obituary-richard-burns-1549311.html

Alan Wherry, indeed yes. One of the most charming bullshitters in an industry full of them!

Thanks for the link. I loved the proof of 'Fond and Foolish Lovers' and was naive enough to expect it to be showered with prizes (or at the very least, good reviews). Instead, it was greeted with near silence.

I met Alan Wherry at a party of Stephen Amidon's in the early 90s. He was very charming.

We were probably at the same party! I published Stephen's first four books.

If Douglas Kennedy was there, we probably were.

Yes, he always was!

That's true. I had a long chat with him about classical music - it must have sounded terribly nerdy, comparing different recordings of Nielsen symphonies. He had (and hopefully still has) a lovely wife, who represented the New Zealand film industry in the UK.

Stephen Amidon was very much the 'emerging author', whilst Kennedy was a relatively unknown journalist who talked about writing a novel. Odd how things change.

By the way, I forgot to say what an excellent obituary that was, for Richard Burns. Funny and very sad. 34 sounds so young now.

Happy Days! My now-Ex came to our relationship with four big proper cassette storage cases of TDK tapes (including a few of the SAs!).

I neer got into cassettes in the same way, not having a Walkman. I stuck with vinyl, but I used to run Pop Quiz nights and had to make the ultimate mix tapes for them of all the excerpts needed, all faded in and out at the right moment (recorded from vinyl of course). This was a two person operation to get exactly right - took days to find and record all the clips for 100 questions onto one tape.

TDK-SA? - Way beyond my budget! If I saw an SA in someone's collection, I realised that they knew their ferric from their chrome.

I used to make mixes too, with one twin-deck player hooked up to a single deck. CDs just aren't the same.

Ah yes - PJP2 - and so I hope for piss (sic) in ze Falkland islands - I remember it like yesterday. I too am ferric rich, even a few chrome cassettes that stretched in the car player, happy days

I can't say I'm sorry to see tapes go - the hours I spent splicing and rerecording at speed, the background noise of my little brother moaning on chiefly (I swear) to ruin the recording.
And yet I held on to one of my Dad's old mixtapes for years - Meatloaf and Silver Dream Machine and Year of the Cat and Suicide is Painless, even though he'd long forgotten about it, simply because it took me back to being 7 years old. It was only when I realised I had nothing to play it on that I reluctantly let it go.

Why was Chrome more impressive than even Superferric? You'd never get a browser called Google Ferric.

Victoria - Tapes were certainly very labour-intensive and wasted a lot of time. I remember that heart-sinking feeling I had when I realised that the track I wanted was at the beginning of the other side. But I valued the cassttes more for the effort that went into them, whereas many of my CD-RWs end up in the bin.

Rog - Wonderful! But I probably wouldn't want it in the sitting room.

I am working my way through a set of US state department advanced Hungarian language cassette tapes, courtesy of EBay - unfortunately every now and then I strike one that has gone completely wonky and speeds up and slows down randomly. The result is I can only express the subjunctive in Hungarian in a voice like Pinky and Perky or with the enunciation of someone who has drunk a bottle and a half of Johnnie Walker Black label.

Wonderful! Thanks for the link - I will naturally be enjoying the ladies in a postmodern, ironic way.