There isn't a theme to this post, but I promise that it will not feature any animals. All of the following illustrations have been discovered during the last few days.

I've always had a soft spot for 1970s fashions, particularly the neo-Victorian style of Jon Pertwee's Doctor Who and Peter Wyngarde's Jason King. However, these migraine-inducing designs from Sewing Illustrated show a very different sartorial zeitgeist: 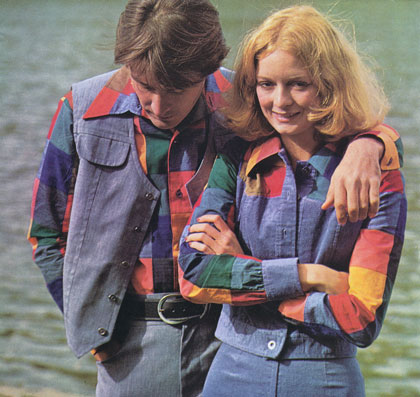 The woman looks a little uncomfortable, and it's not just because the man's hand is dangerously close to her left breast. She knows that she looks utterly ridiculous. 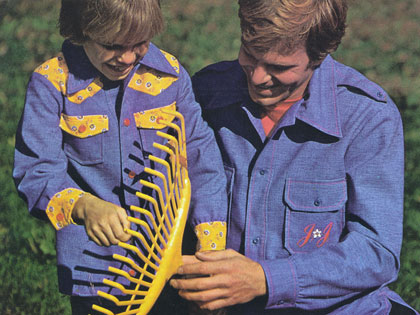 "A colour-co-ordinated lawn rake? Thanks Dad!"

Designs like these are enough to make anyone yearn for the age of clothing coupons and post-war austerity. These pictures, from two decades earlier, show a very different world: 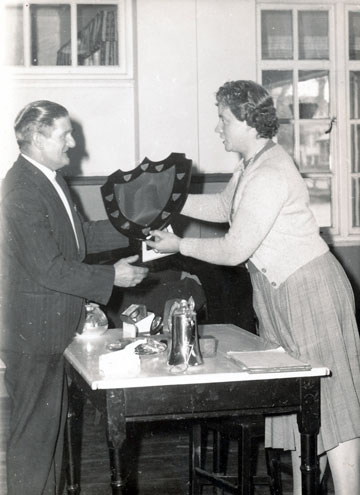 "I say. Awfully well done Mr Fuller. Your merrows have surpahhhssed themselves this year..." 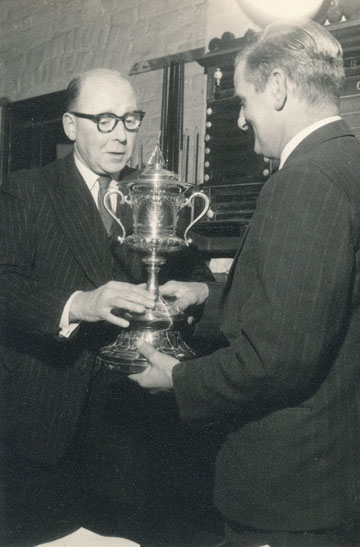 Did these people fight for a world of patchwork denim and yellow garden rakes? No. But somehow this period was the midwife to the age of Garry Glitter, Jimmy Savile and the Bay City Rollers.

A decade earlier, the stakes were even higher than gardening competitions: 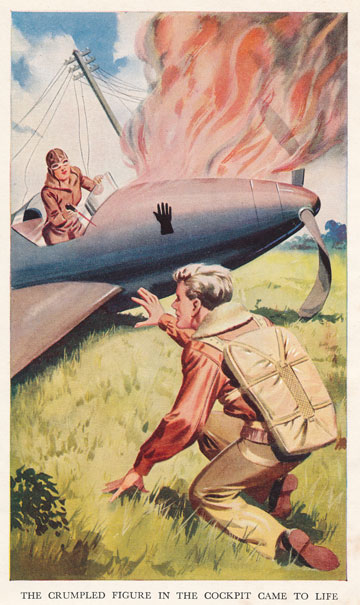 It all has me longing for a quieter, more innocent age, before people said "Yay!" and "LOL". A time when gentlemen of commerce would have to sit in silence during train journeys. Perhaps the 1880s: 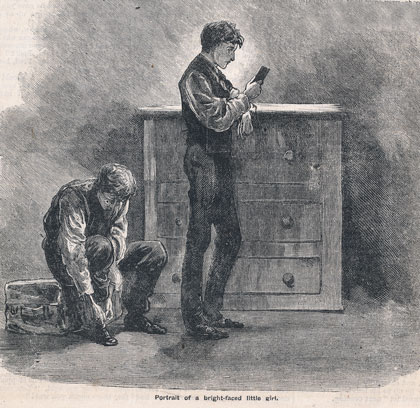 This 1886 Boy's Own illustration looks as if it's recording the very first use of a smartphone, but actually the young man is looking at a portrait of his recently-deceased sister. In my desire to escape to the past, I'd forgotten about consumption, rickets and polio. I wouldn't have made it to adulthood.

Finally, my favourite cover this week. Did you know that Japanese women used to look like Elizabeth Taylor? 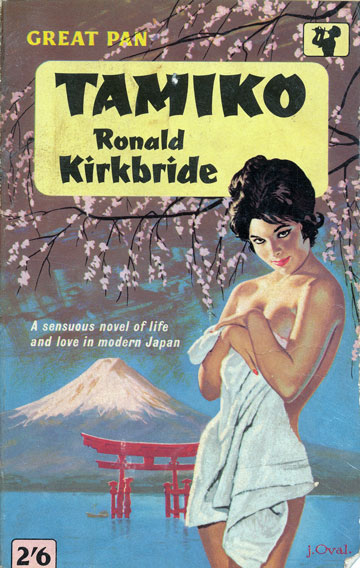 Posted by Steerforth at 9:48 am

You've just reminded me of my multi coloured Dr Who scarf that has mysteriously disappeared.

Your Japanese Elizabeth Taylor reminded me of this remarkable picture.

Talking of weird early 70s clothing, Steerforth, you live in Lewes, the birthplace of Clothkits. I spent a good chunk of my pre-teen years swathed in their cod-Aztec garb. I even had a hat that I only threw out in the late 80s, mere months before Reni out of them Stone Roses made it a fashion must-have...

I don't know about LOL and Yay - I'm desperately awaiting an opportunity to say "My bad".

I'm still recovering from the shock of Harry's link!

I'd never heard of Clothkits, but I now see that they have been revived after a 17-year hiatus.

The title of this post came from the absurd 'Color Me Badd', who sang the equally ridiculous 'I Wanna Sex You Up'.