My mother's description of working class life in the 1940s and 50s always sounds relentlessly grim: a world of ration books, grey skies and smog. But perhaps if she'd spent more time socialising with the people in this photograph album, which arrived in my office last Wednesday, my mother would have had a different perspective.

The people in this album - Joyce, Beryl, Les, Ginger, George, Terry, Barbara, Joan, Jimmy, Pam and Johnny - all seemed to know how to enjoy themselves and show a very different side of working class Britain in the mid-20th century. The so-called traditional English reserve doesn't seem to be much in evidence here: 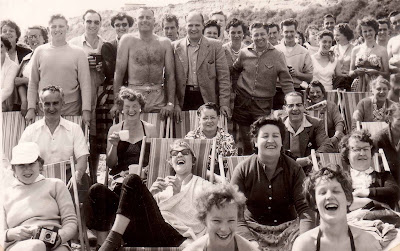 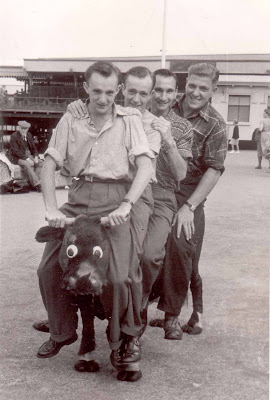 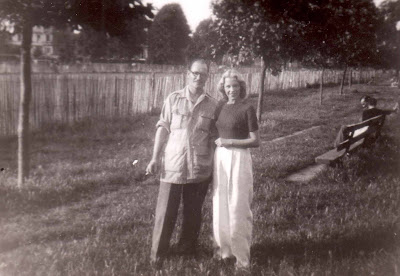 This photo was taken in Richmond in 1947. I thought it was all ties and frumpy dresses in those days, but this couple have style.
So does this young woman: 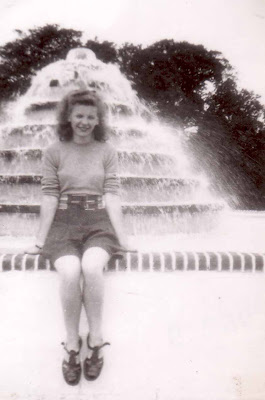 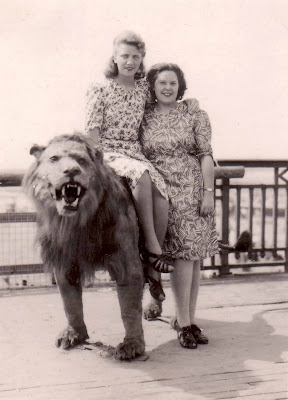 This is a still from an early Ealing version of The Lion, the Witch and the Wardrobe, featuring Stanley Holloway as the voice of Aslan. 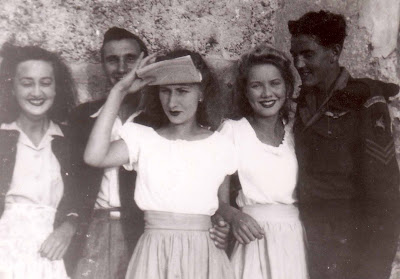 This picture disproves my work colleague's assertion that "all people in old photos are ugly." 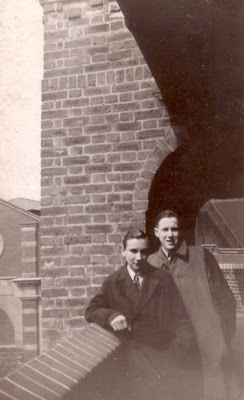 This picture has an appealing air of underlying menace: "'Allo Charlie. A little bird's told us that someone's been a naughty boy..." 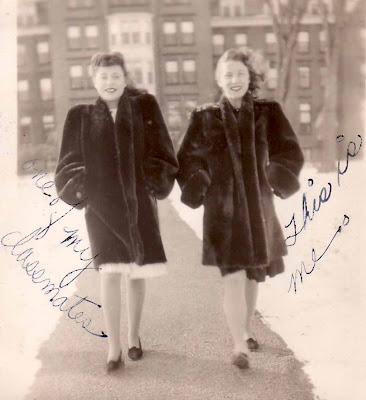 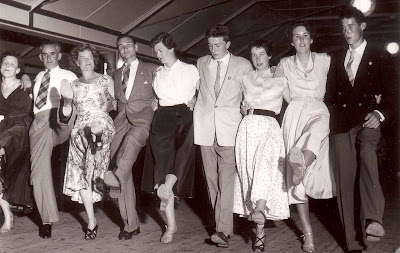 The Hokey Cokey. These photos were taken in the early 50s at the "Constitutional Holiday Camp" in Hopton, Norfolk. It looks like my idea of hell, but they seem to be enjoying themselves. 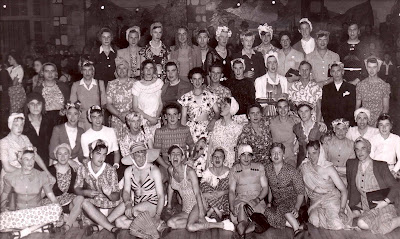 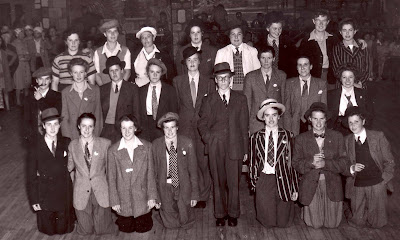 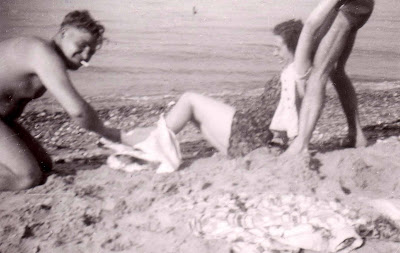 This looks rather unsavoury, but it appears to be consensual 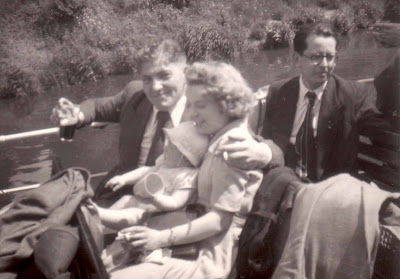 As my colleague at work pointed out - wife, baby and pint of beer - he's got it all 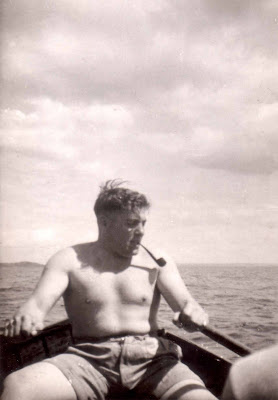 This is real manhood in its flawed perfection, when a pipe said more about a man than the skincare products he used. If someone invents a safe, cancer-free pipe, I'll be first in the queue. 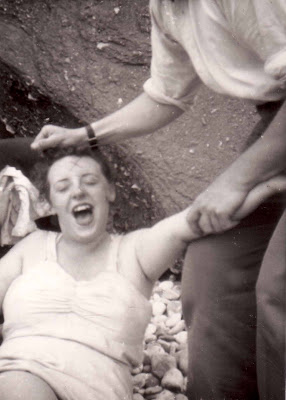 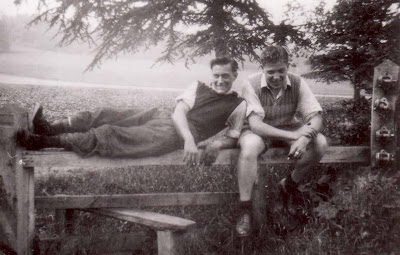 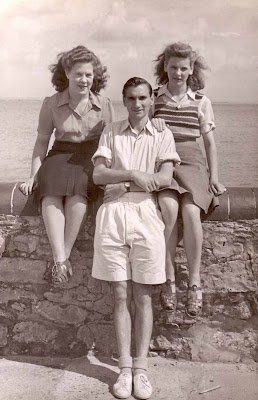 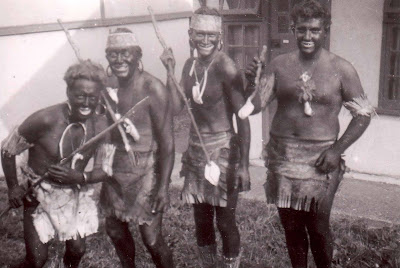 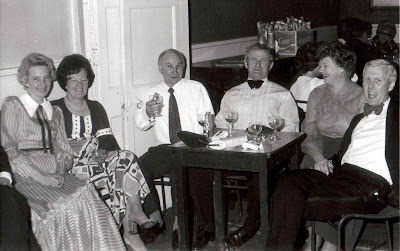 Thirty or forty years on. Every photograph in the album is from the early 1940s to late 1950s, with the exception of this picture, which is hard to date. I can recognise a couple of faces from the earlier photos, but it is shocking how much people's appearances change.

I would love to know how we end up with these albums. I suspect that each story follows a similar trajectory: someone dies, or is moved into a home, and an executor organises a house clearance. I used to assume that these people were childless, but Derek had four children and none of them wanted to keep his diaries.

These albums have no value and were destined to be thrown away, so I feel very privileged to be in a position where I can capture some of their contents and cast them out into the blogosphere.