This month has been a fairly poor one, as far as work is concerned. Most of my stock has come from a library clearance sale and the gems appear to have been weeded-out. However, a few curious photographs have managed to slip through the net. 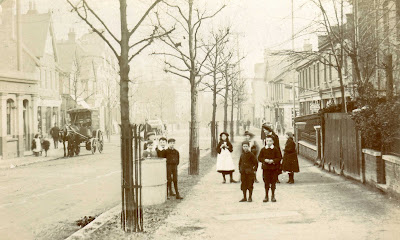 This wonderful street scene is from the turn of the last century, but you'll have to click on the image to fully appreciate it. When I first saw the photo, it looked unsettlingly familiar, then I discovered that it was of Station Road, Hampton, near where I grew up.

Most of the buildings in Teddington and Hampton sprang up in the 1880s and 90s, during the huge expansion of the London suburbs. Today, the streets look remarkably unchanged, with long rows of Victorian semi-detached houses. The few 20th century buildings were generally built to fill the gaps left by the Luftwaffe.

Here's another town that has changed very little: 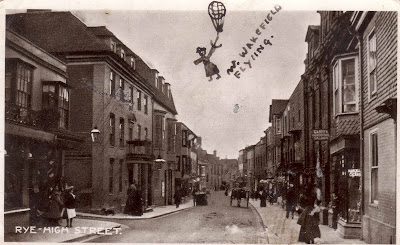 On the reverse of the postcard, which has a postmark dated 4PM - SP 7 - 09, I found some more information about "Mrs Wakefield": 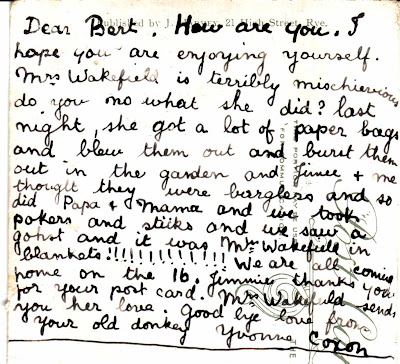 I think I might incorporate the naughty Mrs Wakefield into my five-year-old son's bedtime story routine. 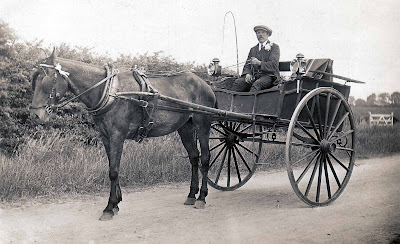 This gentleman appears to be wearing a large flower in his buttonhole. Is he off to a wedding?

I'd also like to know more about the next two photos. Is it the same man in both pictures? 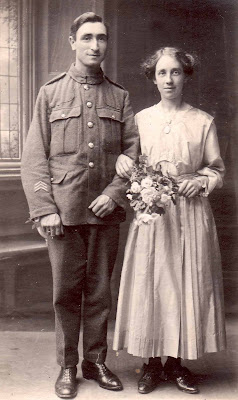 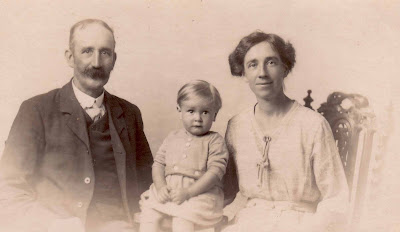 At first glance, I'd say they were different men, but it's amazing what a receding hairline and a luxuriant moustache can do to add a certain gravitas. Fighting in the First World War probably added a few years too. 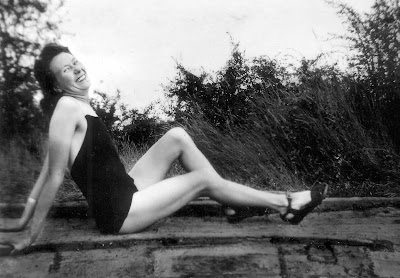 Assuming that the photographer is her husband (or boyfriend), this photograph is curiously touching. My mother would probably say something about "mutton dressed up as lamb", but I like that fact that the woman seems at ease with herself and is having fun. 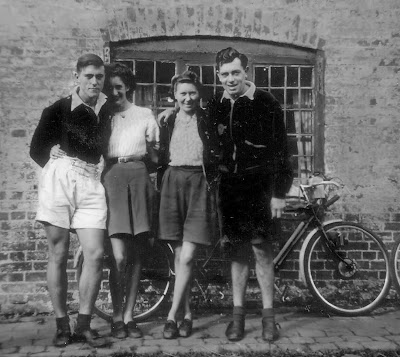 My father used to do of cycling and youth hostelling in his 20s and was always telling me what fun it was, but there must be easier ways to get girls into bed. 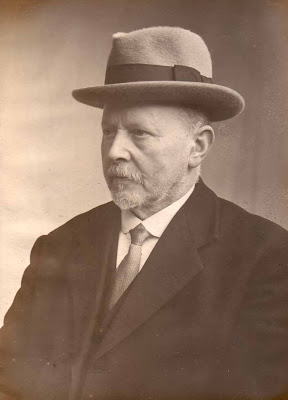 Two notable worthies, these photos were found in a crumbling, leather double frame. Sadly there were no clues to their identity. 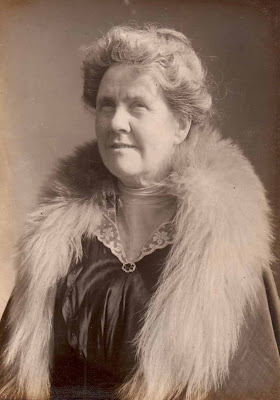 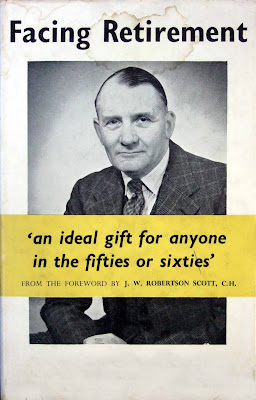 Ideal gift? For who? Presumably someone you dislike, as I can't think of a more depressing present.

The title doesn't help. Why can't it be "Enjoying Retirement", with the gentleman on the front happily pruning some roses or playing with a train set?

On the other hand, given the grim economic forecasts for the pensions industry, perhaps those Saga catalogues that feature white-haired people enjoying exotic cruises and exhausting multi-city intineraries, will soon be a thing of the past.
Posted by Steerforth at 1:50 pm

I love those old sepia-toned pictures. To me, they reveal more of the people in them than garish color. And it's touching to think of these rather stern-looking people having their own little foibles and jokes.

I think the two man-and-wife pictures are the same. I read somewhere that the nose doesn't change much, so check the noses.

Yes, the two photos include one and the same man (and woman). Ears don't lie.

Great photos, but the 'Facing Retirement' book is hilarious!

One for the auction room?

Quite scary how people used to be in a hurry to get old. Then again, their retirements tended to be much shorter in those days.

Oh these are brilliant! Will you tell us your Mrs. Wakefield stories as well, please please? I also agree that it's the same couple in both photos - the man's ears and nose are the same. Amazing how little the woman seems to have aged in comparison to her husband. As you say, probably the war...
The Facing Retirement book is really horrifying!

Thanks again Steerforth. I must be far too morbid but I instantly wondered about the fate of those 5 little boys who would probably have been cannon fodder age come 1914. Made me sad - but I was cheered by 'Facing Retirement'. I'll start planning.
BobC

Another lively post, Steerforth. If I had been presented with that book, in 2006, I don't think I could have faced retirement! Mind you, there is an uncanny resemblance between the author and my former head of dept.

Thanks! Another world. The delivery wagon, the policeman with his brass buttons and helmet. Next best thing to time-travel.

Facing Retirement - looks rather like a hacked-off Trevor Howard before the first gin of the morning.

My God. I got a chill just looking at facing retirement. If someone gives me abook like that in thirty years time I'll probably just have a heart-attack and be done.

I loved the other pictures. I'm pretty sure that is the same man in the set of two. Although he's aged an awful lot more than his wife. Your assumption that he had a nasty war rings true. How sad.

So we have a consensus: Shelley, George, Christine and Sam agree that it's the same man. Poor bloke, although at least he returned from the Front.

Christine, I told a Mrs Wakefield story today, but got carried away and my son was appalled, describing her as a mean, horrible person. Not quite the slightly naughty Mary Poppins figure I was aiming for.

Laura - I've always wondered why people were in such a hurry to get old. I suppose youthfulness didn't have the same social cache that it has today.

Jake, there are shades of Trevor Howard. I'm not sure about the Hitler hair-do.

Bret, I agree - it is the next best thing to time travel. Next time I'm in Hampton, I'll try and photograph the same part of the street.

Like Bob, I always look at pictures from that era and wonder what happened to the boys. Is it morbid?

Martin, I agree. That book would make me go straight back to work!

Oh the photos... they tug at heart strings. Having done quite a lot of family history research I always feel so sad when I come across boxes of abandoned family photos at jumble sales or auctions. So many stories and memories lost.